Three-time former heavyweight champion and two-time light-heavyweight champion of the UFC Randy Couture had dinner at N9NE Steakhouse inside the Palms Casino Resort on Sunday night. He enjoyed a garbage Salad to start followed by the Mahi Mahi. The group of 4 also enjoyed a bottle of Conundrum White Wine.

After performing at the Pearl Concert Theater the group System of the Down went to ghostbar Sundays and enjoyed shots of Don Juilo and Miller Lite. 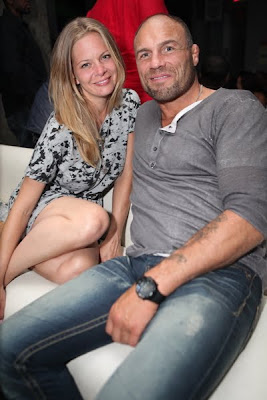