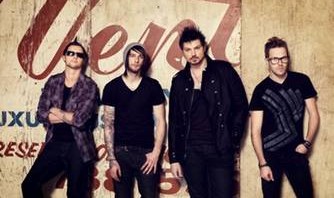 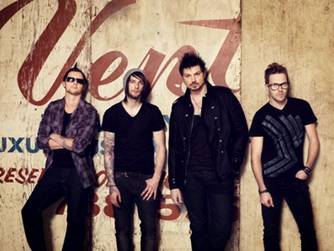 CO-HEADLINING TOUR THIS FALL WITH ART OF DYING

Heavy hitting rockers Adelitas Way are ready to unleash a brand new head-banging single, “The Collapse” marking the second from Home School Valedictorian, which Fight! magazine calls an “explosive, adrenaline-induced full-length… packed with attitude.” “The Collapse” was shot live on the Carnival of Madness Tour & features cameos from members of Theory of a Deadman and Alter Bridge. It kicks-off the band’s sophomore effort, out this past June on Virgin Records and premieres today, at Revolver.com:
http://www.revolvermag.com/news/exclusive-adelitas-way-premiere-the-collapse-video.html

“The Collapse” follows current single “Sick” which during its 27 weeks on the charts, rose to No. 1 at Active Rock and has over a million hits on YouTube, thanks to the group’s huge fan-base, which continues to grow due to “incredible songwriting, and an amazing work ethic,” as Hails and Horns magazine raved in a recent feature on the band. Front man Rick DeJesus credits his band’s success to the fans, “It’s all because of the people who listen to us. We’ll never forget that,” he says.

The band recently wrapped a string of dates on the Carnival of Madness tour alongside Alterbridge, Theory of A Deadman, Black Stone Cherry and Emphatic, and is set to get back on the road this fall. Catch them at the below dates in support of Home School Valedictorian.

Adelitas Way’s self-titled debut album was released in July 2009 and spawned the hit single “Invincible,” which climbed to No. 6 on the Active Rock chart. The song was also heard in promos for CSI Miami, included on the soundtrack to WWE SmackDown vs. Raw 2010, and was the official theme song of WWE Superstars.

For More on Adelitas Way, visit: