AOL and Idolator Share a Piece of Owl City! 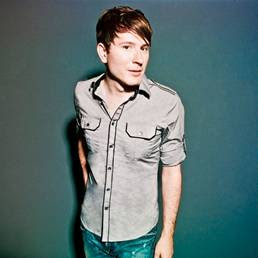 Check out the full piece at: http://idolator.com/5819802/long-lost-sun-remix-owl-city-alligator-sky

When Owl City released ‘Fireflies’ in the summer of 2009, frontman Adam Young didn’t know what to expect. But the 24-year-old synth-pop artist couldn’t believe when the song instantly became an No. 1 hit in the US and 24 other countries around the world.

Now, Young is back with ‘All Things Bright and Beautiful’ — the follow-up to his debut record, ‘Ocean Eyes’ — out on June 14. AOL Music had the chance to talk to Young about how he’s grown up on his sophomore album, his fascination with the 1986 Space Shuttle Challenger disaster and if anything every happened after he serenaded Taylor Swift on Valentine’s Day.

To read the full interview, check out: http://blog.music.aol.com/2011/04/11/owl-citys-adam-young-taylor-swift-new-album/

Owl City’s new album All Things Bright and Beautiful – the follow up to his platinum selling debut album Ocean Eyes – will be out on June 14th on Universal Republic. Kicking off his headlining US tour the day before at the Ryman Auditorium in Nashville, TN, Owl City is ready to bring fans his new music. The first single “Alligator Sky” is already available via iTunes, while the album is available for preorder: itunes.com/owlcity.

Check out http://www.owlcitymusic.com/ for the most up to date information + tour dates.