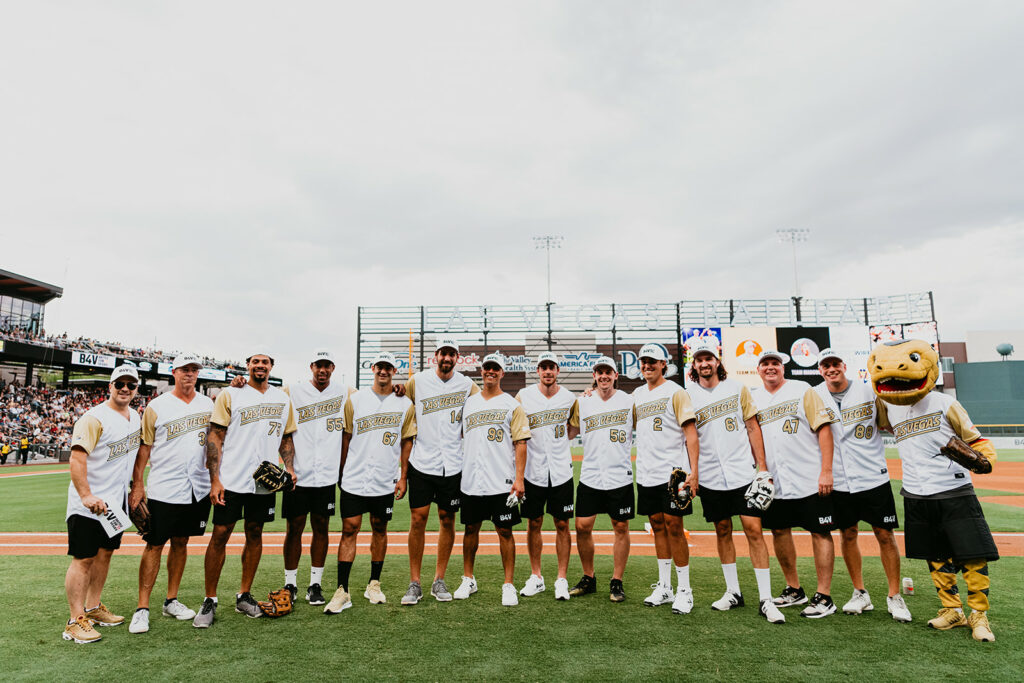 The Battle for Vegas presented by Dollar Loan Center and hosted by Reilly Smith returns to Las Vegas Ballpark® at Downtown Summerlin® on Monday, July 18 at 7:30 p.m.

Fans will get the chance to watch their favorite stars in action as the teams “battle” it out for Las Vegas’ ultimate bragging rights, all for a good cause. The softball showdown features two all-star teams of professional athletes, led by Reilly Smith of the Vegas Golden Knights and his teammates against friends from the Las Vegas Raiders. The full roster of players will be announced soon.

Gates open on Monday, July 18 at 5:30 p.m. The home run derby begins at 6:30 p.m. and the opening pitch is at 7:30 p.m. Concessions will be open throughout the Ballpark, making it a perfect one-stop for a family-friendly night out.

Ret. Naval Petty Officer, 1st Class, Generald Wilson of St Louis, who has made a name for himself singing at major sporting events across the country, will sing the National Anthem and God Bless America.  A flyover is planned with special appearances by mascots Chance, Spruce the Goose, Aviator and others.

The initial event launched in 2019 and has raised over $350,000 for local charities. This year’s Battle for Vegas presented by Dollar Loan Center will benefit the Vegas Golden Knights Foundation with funds distributed to two nonprofits: Communities In Schools of Nevada, the state’s leading dropout prevention organization that provides support and wraparound services to more than 80,000 students to ensure they have what they need to stay in school – from basic necessities to emotional support; and the Maximum Hope Foundation founded by Brad Garrett to provide financial assistance for housing and other basic needs to families of children dealing with critical, life-threatening illnesses.

Tickets for the Battle for Vegas Charity Softball Game go on-sale Friday, May 20. General ticket prices begin at $35. A limited number of elevated package experiences, including ballpark suites, are available. All tickets can be purchased online at www.battleforvegas.com,

https://www.ticketmaster.com/event/17005C7799FF14E7 or at the Las Vegas Ballpark ticket office. Individual and corporate sponsorships are available. 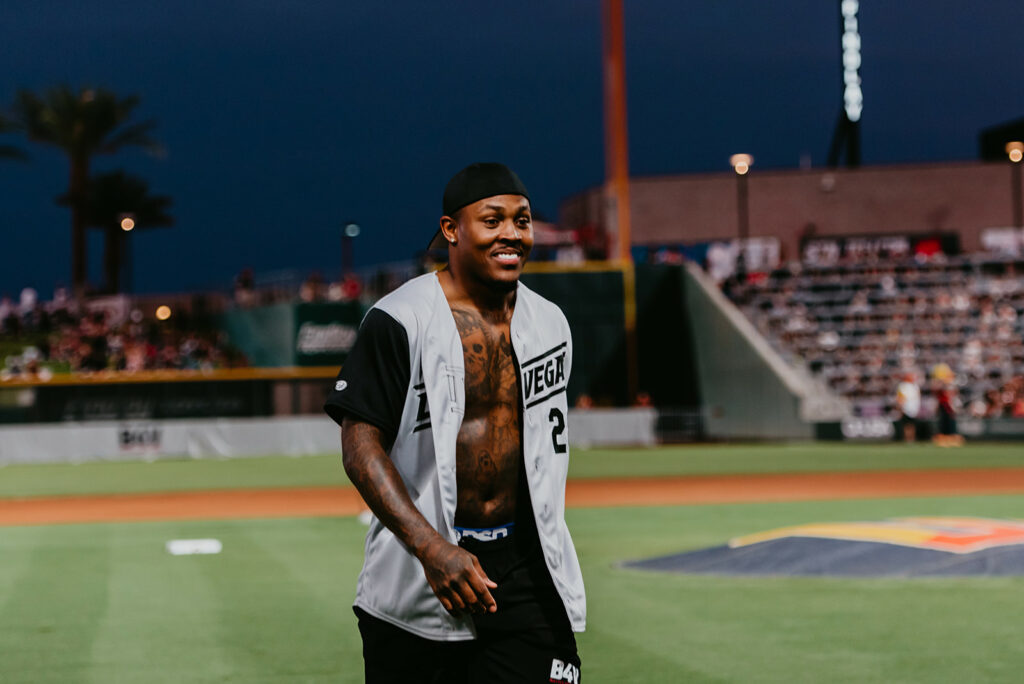 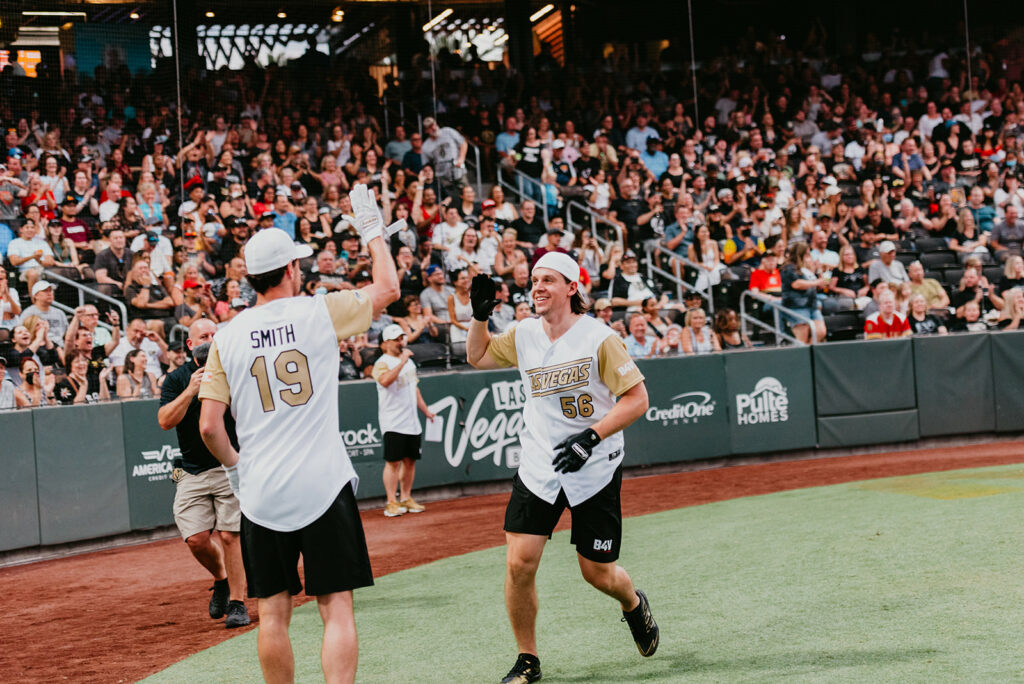 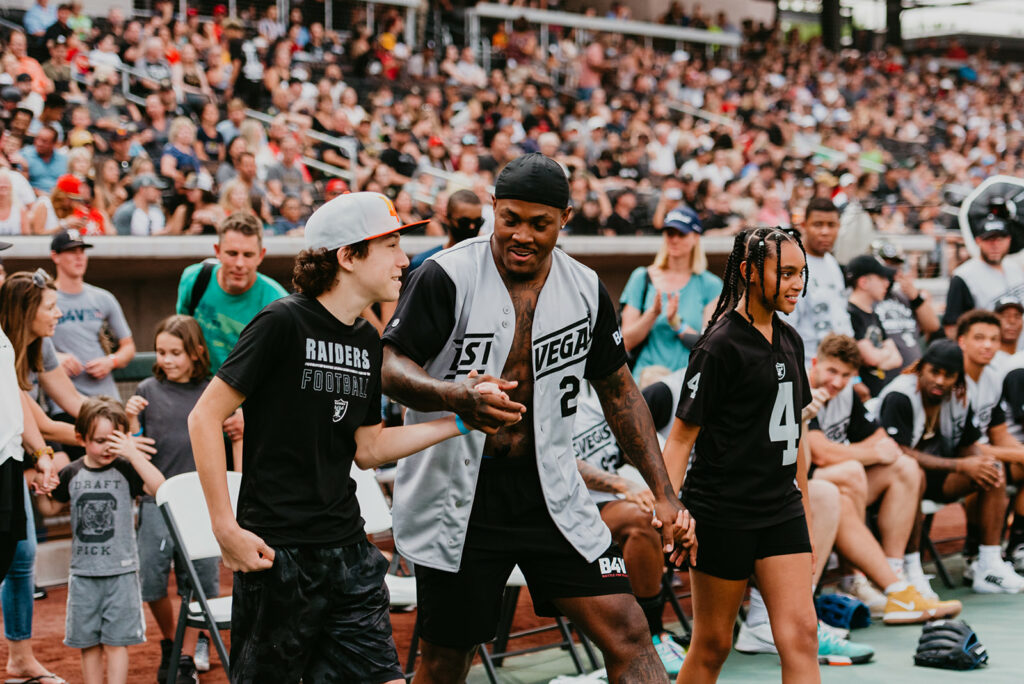 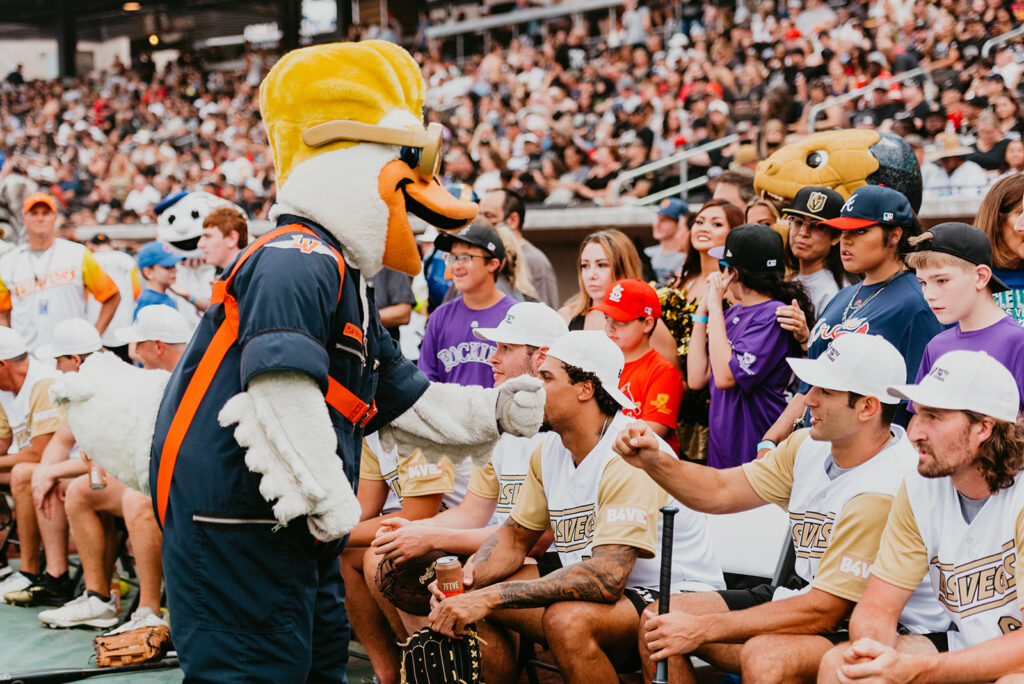 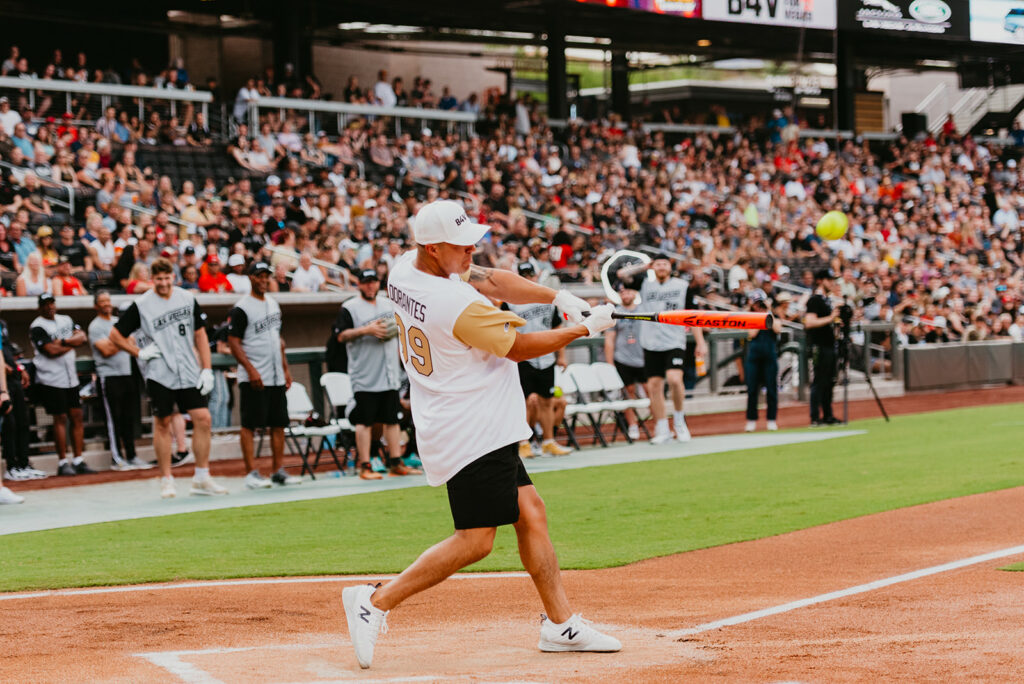 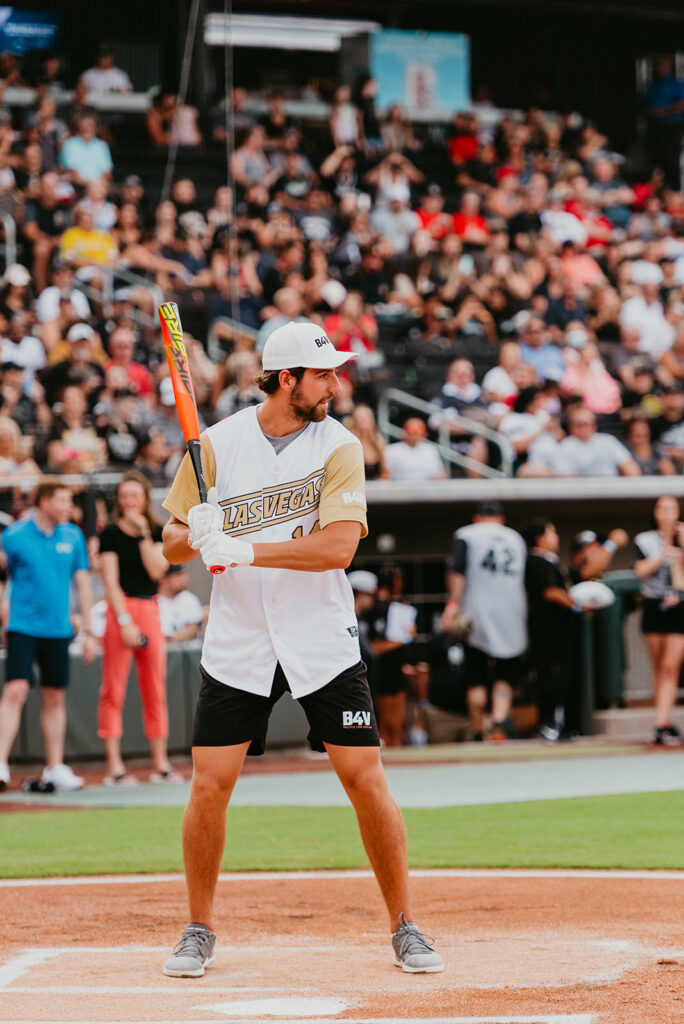 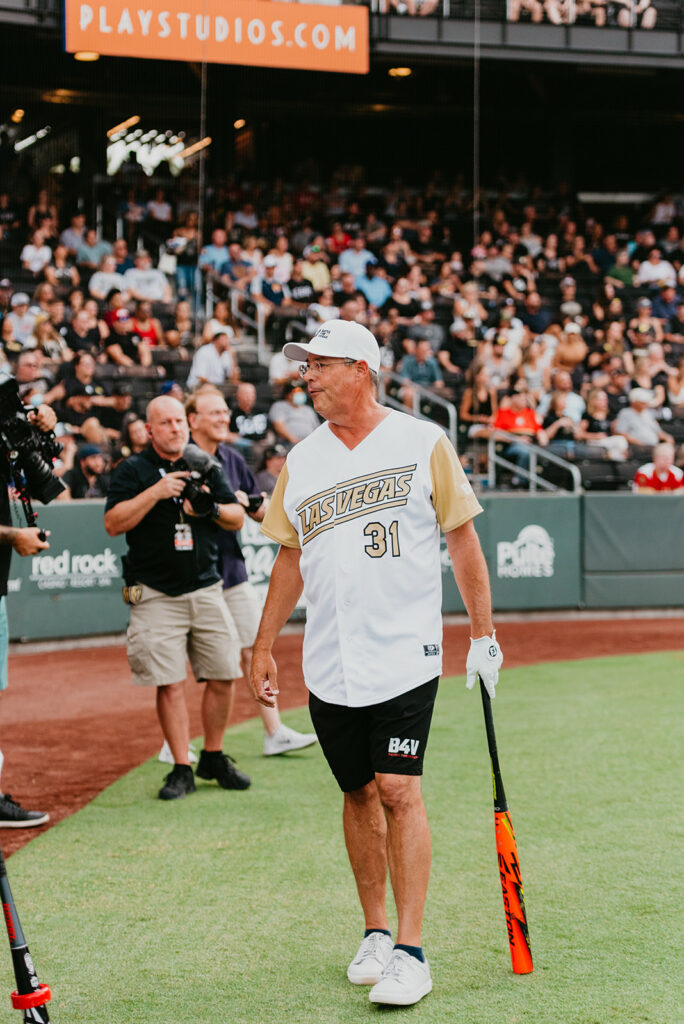 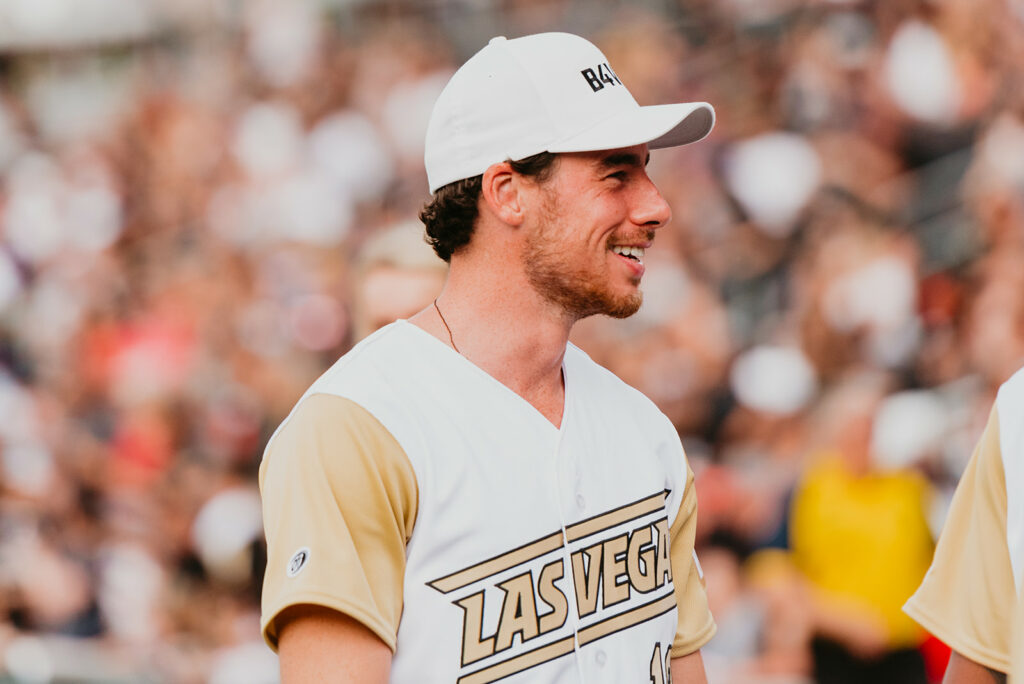 About Battle for Vegas presented by Dollar Loan Center:

The Battle for Vegas presented by Dollar Loan Center features two all-star teams of professional athletes to “battle” it out for Las Vegas’ ultimate bragging rights for a good cause. The event is hosted by Reilly Smith from the Vegas Golden Knights who serves as captain of his team. This year’s beneficiary is the Vegas Golden Knights Foundation. For additional information and details, visit www.battleforvegas.com.

Dollar Loan Center is Nevada’s premier short-term lender, founded in Las Vegas over 20 years ago. The company specializes in Signature Loans up to $5,000 processed in minutes.  No checking account is required, no collateral is needed with no hidden fees and full transparency. They have nearly 60 locations throughout Nevada and Utah and over 300 employees. For additional information, visit www.dontbebroke.com.

Las Vegas Ballpark®, located on eight acres in Downtown Summerlin® just south of City National Arena – practice facility for the Vegas Golden Knights, is the home of the Las Vegas Aviators®, the city’s professional Triple-A baseball team of the Pacific Coast League (PCL) and affiliate of the Oakland Athletics. The team is wholly owned by The Howard Hughes Corporation®, developer of the award-winning master-planned community of Summerlin® and developer of Las Vegas Ballpark. With a wide range of seating options including 22 suites, club seats, berm seating, party zones and decks, picnic tables, kids’ zone, bars and a pool beyond the outfield wall, Las Vegas Ballpark boasts a capacity of 10,000. Designed to host a variety of events in addition to baseball, the site is landscaped to complement the surrounding master planned community. The site is easily accessed from all regions of the valley via the 215 Beltway.  For more on Las Vegas Ballpark, visit www.