Fremont Street Experience is excited to announce that the premiere of Bon Jovi’s Viva Vision show will be on New Year’s Eve at 10:45 p.m. Bon Jovi’s Cosmic Concert features three songs hand selected by Jon Bon Jovi, “It’s My Life,” “Who Says You Can’t Go Home” and “Livin’ On A Prayer.” Using Jon Bon Jovi’s original concept, the show takes on an otherworldly feel from the start as the band is dropped on to the screen from a spaceship. Continuing with the unearthly images the band performs their iconic songs traveling across the universe all the while morphing and moving effortlessly on the 1,500-foot long and 90-foot wide Viva Vision screen.

“Bon Jovi’s Viva Vision show is truly special and we are sure that New Year’s Eve visitors to Fremont Street Experience will be thrilled to be part of the world premiere. In addition to attending the ultimate street party where crowds are expected to reach up to 30,000, they will also be the first to see a show conceived by Jon Bon Jovi himself,” said Jeff Victor, president of Fremont Street Experience. “It doesn’t get better than this.”

Fremont Street Experience’s New Year’s Eve celebration, the 4th Annual TributePalooza, goes from 6 p.m. – 2 a.m. and will feature two original bands Steel Panther, with its “Balls Out” rock show and Rock Sugar, the world’s first metal-pop mashup band. There will also be great music from 10 incredible tribute bands, a 2011 year-in-review retrospective on the Viva Vision screen, a midnight countdown led by Las Vegas Mayor Carolyn Goodman and an epic Fireworks by Grucci produced show synchronized with virtual fireworks on Viva Vision that is part of the citywide celebration, “America’s Party: Las Vegas New Year 2012.” The celebration will be happening all weekend with free concerts by tribute bands on both Friday, Dec. 30 and Sunday, Jan. 1.

On New Year’s Eve, admission to TributePalooza is just $30 per person and marks the only time of year when Fremont Street Experience has paid, ticketed admission. Fremont Street Experience is restricted to persons 21 and over on New Year’s Eve only. Advance tickets are on sale by calling 702-386-8100 or online at www.vegasexperience.com/newyearseve. Will call for these tickets will be available at the Golden Nugget — Dec. 29 & 30 at the box office and Dec. 31 at the Carson Tower front desk. 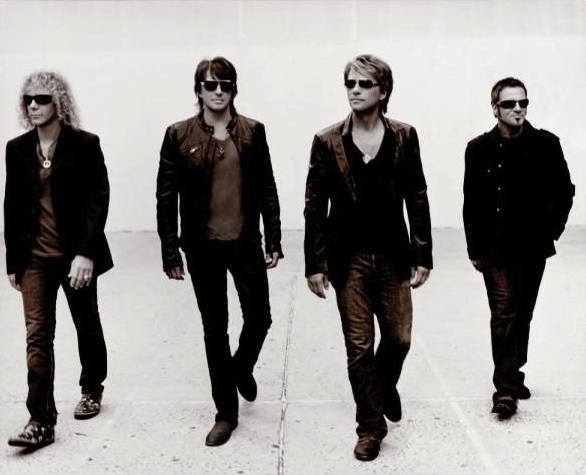