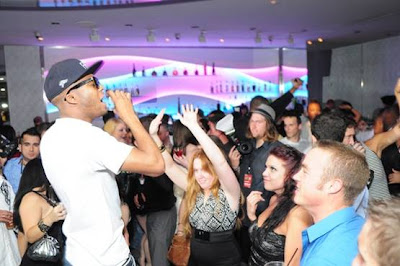 Indie hip-hop artist Donnis entertains the crowd during the one year anniversary of Snitch Wednesdays at ghostbar, April 6. 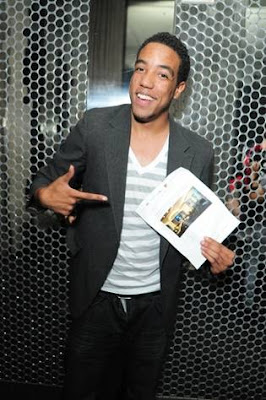 On Wednesday, April 6, ghostbar inside Palms Casino Resort celebrated its one year anniversary of its weekly party, Snitch Wednesdays with a unique performance by chart-topping indie hip-hop artist, Donnis and turntable master, DJ Benzi. Partygoers enjoyed cocktails during a hosted bar by 1519 Tequila. One lucky partygoer, Alex Williams, was announced the “biggest Snitch supporter,” winning a complimentary one-night stay in the glamorous g-Suite located in the Palms Fantasy Tower. The 2,500-square-foot space is fashioned after the original ghostbar and offers incredible amenities including a show shower, pool table and a glass floor balcony. Williams and friends will also enjoy a VIP table and a round of signature Snitch cocktails next Wednesday, before heading to the suite, which will be equipped with a full bar, courtesy of 1519 Tequila.

GHOSTBAR High above the glittering expanse of Las Vegas, the 8,000 square foot ghostbar is a sultry and sophisticated indoor-outdoor lounge and sky deck on the 55th floor of the Palms Casino Resort. ghostbar is home to events which include: Snitch Wednesdays, a cool and swanky industry night featuring classic hip-hop mash-ups, indie and top 40 hits; and ghostbar Sundays, sexy boutique house music night. This month, ghostbar celebrates the one year anniversary of Snitch Wednesdays. Indoors amid the seductive shadows, the sleek, chic ghostbar offers ultra-lounging luxury that features fourteen-foot floor-to-ceiling windows that offer a dramatic view of the night sky and city below and a 30-foot ghost-shaped soffit in the ceiling that changes colors as a deejay spins an eclectic music mix. Patrons can lounge on the custom, ultra-contemporary furniture, seek privacy in the intimate seating arrangements or VIP lounge, or mingle at the terrazzo bar. Behind the bar, shelves of premium spirits glow with the incandescence cast by backlit panels of acrylic-encased fabric. The dramatic outdoor deck provides a near 360-degree view of the Vegas skyline, with a glass inset in the floor offering a jaw-dropping view straight down. Posh seating areas are enhanced with a fiber-optically lit drink rail running most of the circumference of the deck. Specialty cocktails include champagne concoctions and high-end wines by the glass. ghostbar is open seven nights a week at 8 p.m. and open until late. For additional information, please visit www.ghostbar.com or call 702.938.BOOO (2666). Photos attached, credit Aaron Garcia/9 Group. 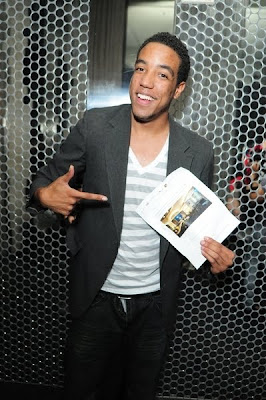 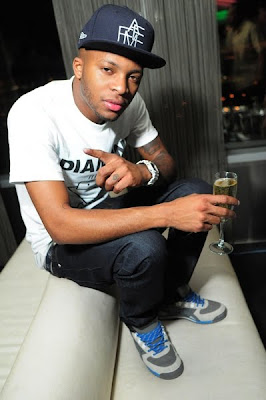 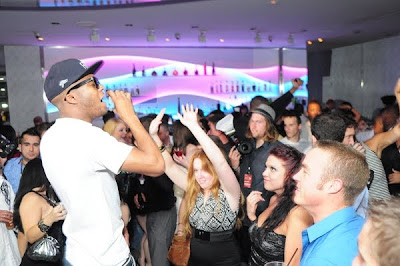