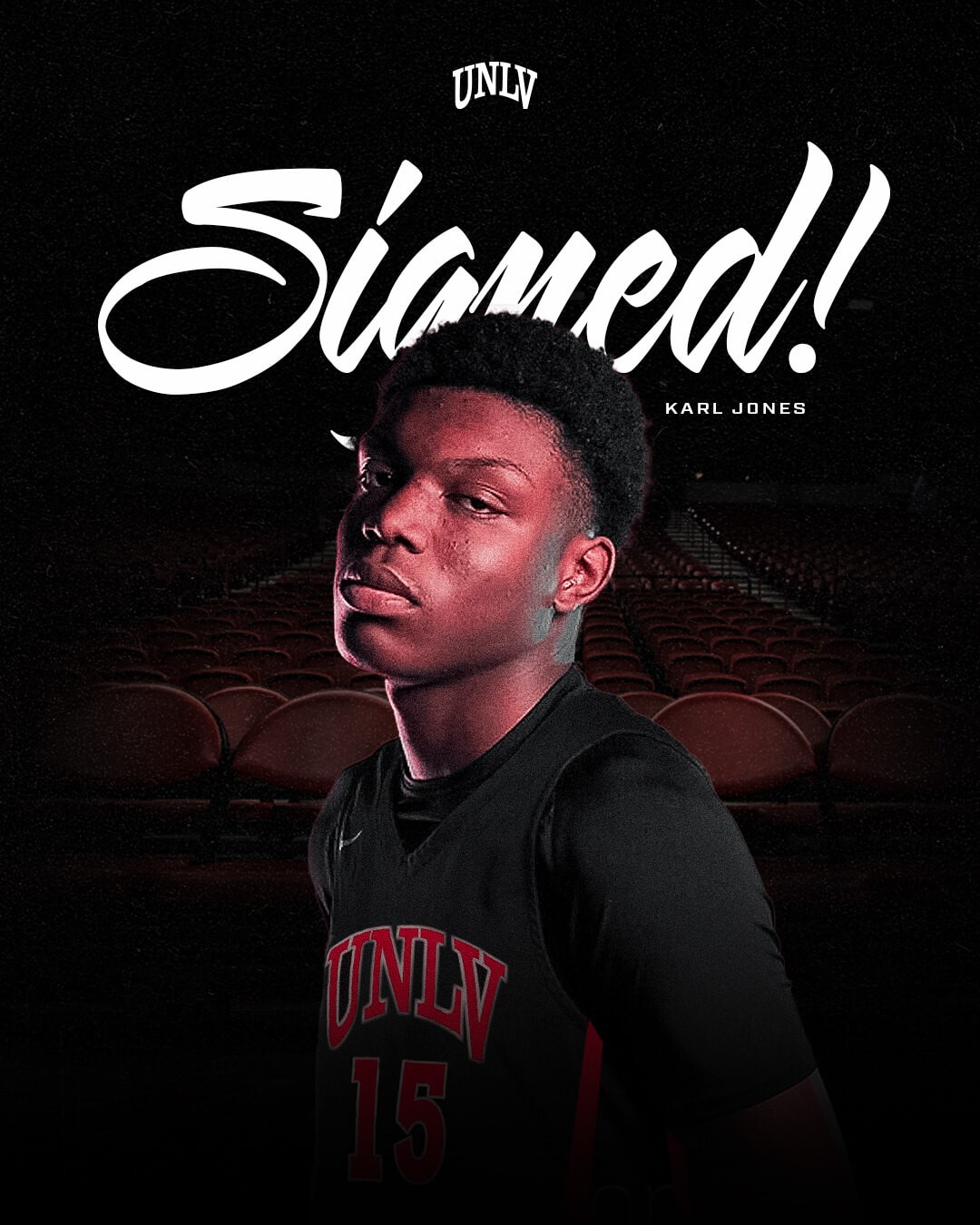 Jones is a 6-foot-10-inch, 250-pound forward, who is transferring to UNLV from Los Angeles Southwest College. He will be a junior this season with two years of eligibility remaining.

“We are excited that Karl has chosen to be a Runnin’ Rebel,” Kruger said. “He has a great attitude and is hungry to get here and to help the team. He is an efficient scorer at the rim as well as an outstanding rim protector, and rebounds aggressively. He will also help provide us with length and athleticism.”

Originally from Chicago, Jones graduated from Morgan Park High School, one of the best public high school basketball programs in the country.

He started all 29 games for LA Southwest this past season, averaging 10 points, 8.2 rebounds and 2.8 blocks per game, while shooting 63.3% from the field. Jones also attended Wabash Valley College in Illinois and Iowa Western Community College.