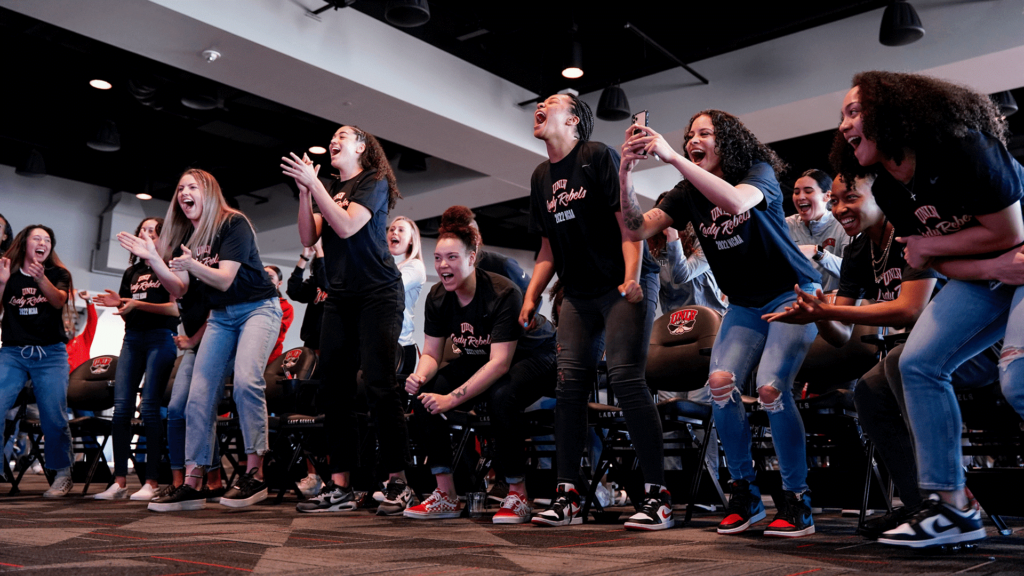 LADY REBELS HEADED TO TUCSON FOR NCAA FIRST ROUND

The Lady Rebels knew they would be dancing, know they finally know where.

UNLV will play its NCAA Women’s Basketball Championship First Round Game against Arizona in Tucson, Ariz., Saturday, March 19. It’s the first NCAA tournament game for the Lady Rebels since 2002.

“Arizona is a great, a great opponent,” UNLV head women’s basketball coach Lindy La Rocque said. “But we have a group of competitors and so we’re not just going to be happy to be there.

“We want to execute, we want to put a great game plan together, because they want to win and so we’re going to do our best.”

UNLV was selected as a No. 13 seed in the Greensboro Region by the NCAA Women’s Basketball Championship Selection Committee and faces potential second-round matchups against No. 5 North Carolina and No. 12 Stephen F. Austin.

“Whether you’re the higher seed or the lower seed, it’s March Madness. Anything can happen; anyone can beat anyone.

“We knew we were going to probably be the underdog in whatever game we were playing. We love fighting with a little bit of a chip on our shoulder. That’s the Vegas mentality, our Rebel spirit, so we’re going to let it all hang out for sure.”

UNLV and Arizona have played eight times previously, the last coming in the nine seasons ago. Arizona edged UNLV 83-82 in Las Vegas on Nov. 13, 2012.

The game pit sisters Jade and Sam Thomas against each other for the first time. Sam Thomas is a senior forward for the Wildcats, while Jade is in her sophomore season at UNLV.

Game times and ticket information will be available at a later date.