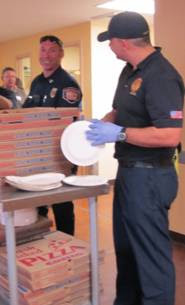 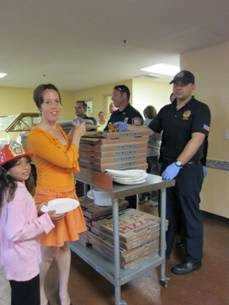 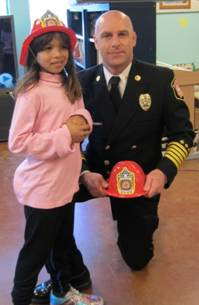 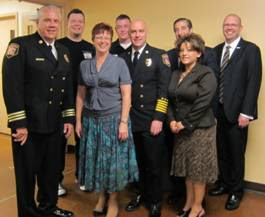 Caption 2: (L-R) Meredith Rodriguez and Michelle Powell stand in line to be served pizza by firefighters at The Shade Tree.

United Way partnered with The City of Las Vegas for a month long competition to see which department could surpass last year’s contributions with the highest dollars raised for the 2011 campaign. With a 112 percent increase from last year, the LVFR raised $12,363 to help support the nonprofit’s community-based agenda of advancing the common good through beneficial programs aiding specific needs.

70 pizzas were delivered to The Shade Tree with the help of Jay Bosworth, owner of Maximum Comics in Las Vegas and Henderson. Donating his Maximum Comics van, he helped deliver the pizzas, which fed more than 300 women and children. In addition, Bosworth generously supplied the children at the shelter with complimentary comic books.

“We were excited to win the competition and to support United Way and their efforts to bring lasting change to the community,” said Mike Myers, chief of Las Vegas Fire & Rescue. “However, we wanted to continue our efforts of doing good for the community and pay it forward. As a group, we felt the patrons of The Shade Tree would benefit the most from a tasty lunch and we were excited we could bring a smile to their faces.”

“We applaud Las Vegas Fire & Rescue and The City of Las Vegas in their efforts to improve our community through their participation in our contest and their donation,” said Cass Palmer, president and CEO of United Way of Southern Nevada. “The money they helped raise will aid United Way’s efforts to find real solutions to the community’s most pressing issues.”

To become involved with United Way of Southern Nevada and its different organizations visit uwsn.org.