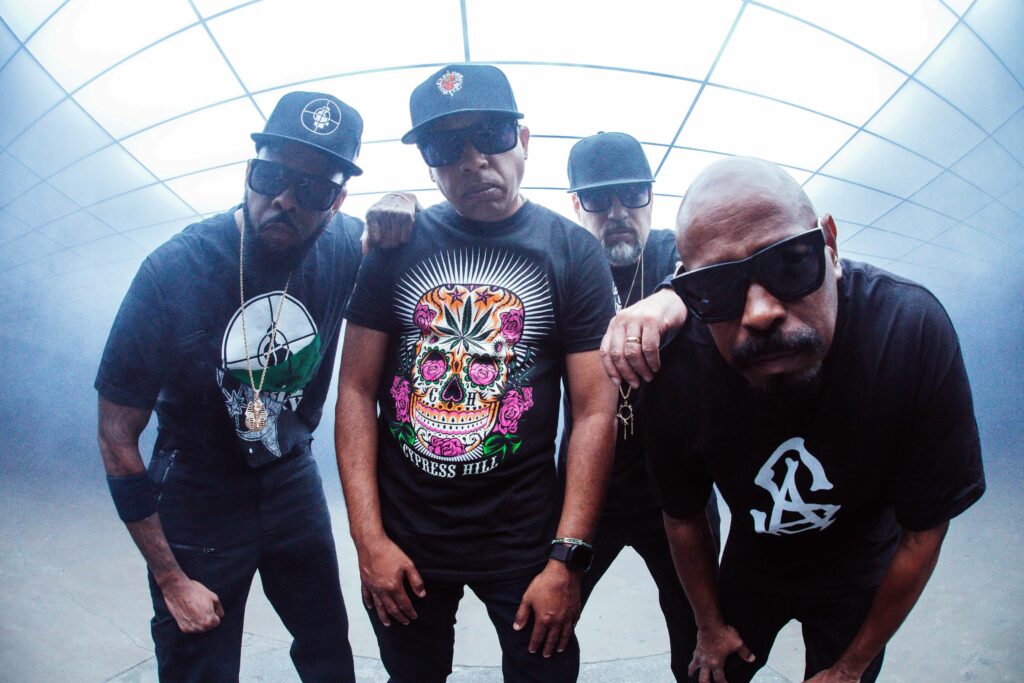 The legendary hip-hop group Cypress Hill will join the Summer Nights Concert Series lineup at Resorts World Las Vegas. The titans of the rap industry, who have been going strong for over three decades, will perform at AYU Nights on Friday, Aug. 5 at 8 p.m.

With dedicated fans all around the globe, Cypress Hill has been a household name in the music industry since 1991. Known for their hits such as “Insane in the Brain,” “(Rock) Superstar,” “Lowrider” and more, the GRAMMY-nominated trio was the first rap group to have two albums in the top 10 of the Billboard 200 charts at the same time and are the first Latino-American hip-hop group to achieve multi-platinum success.

Tickets for the highly-anticipated performance will go on sale to the public Thursday, June 23 at 10 a.m. PT. Exclusive VIP packages will be available a day prior for purchase starting Wednesday, June 22 at 10 a.m. PT at rwlasvegas.com/entertainment.

With the addition of Cypress Hill, the Summer Nights Concert Series grows its already diverse set of entertainers to now include the hard rocking rap anthems of the iconic hip-hop group.

Three decades ago, B-Real, Sen Dog, and DJ Muggs sparked a trip that left popular culture stoned, stunned, and staggering in anticipation for more. Naming themselves after a local street in Los Angeles, Cypress Hill burst on the scene in 1991 with the release of their self-titled debut album. The singles “How I Could Just Kill a Man” and “The Phuncky Feel One” became underground hits, and the group’s public pro-marijuana stance earned them many fans among the alternative rock community. Cypress Hill followed their debut with Black Sunday in the summer of 1993, which debuted at #1 on Billboard’s Top 200, garnered three GRAMMY® Award nominations, and went triple platinum in the U.S. As a result, Cypress Hill became the first rap group to have two albums in the top 10 of the Billboard 200 charts at the same time and are the first Latino-American hip-hop group to achieve platinum and multi-platinum success. Since the release of Black Sunday, Cypress Hill have put out seven more albums including 2018’s critically acclaimed, Elephants on Acid. Cypress Hill made history once again in 2019 when the group was honored with their very own star on the Hollywood Walk of Fame.  In 2021, Cypress Hill released “Champion Sound.” Produced by Black Milk, the single appears on the soundtrack of R.B.I Baseball 21 and is also the featured song for the band’s partnership with Montejo Cerveza. 2021 also saw Cypress Hill celebrate the 30th anniversary of their self-titled debut this year with a SONY reissue on vinyl, 7-inch box set, a reissue across all DSP’s that includes eight unreleased tracks, as well as a graphic novel and their very own STANCE sock. Cypress Hill continue to be busier than ever in 2022. On March 18, 2002, the band released Back In Black to critical acclaim. In their review of the album, Kerrang declared it “solidifies their status as a collective still expanding upon their legacy.” On April 20, Cypress Hill released their “Insane in the Brain” documentary, which is part of Mass Appeal’s “Hip Hop 50” franchise in partnership with Showtime. Upon its release, the New York Times said the documentary was “an often-engaging chronicle of the group”, while Variety declared “the Cypress Hill documentary should put into perspective their pervasive influence and groundbreaking, Latin-tinged hip-hop crossed with booming metallic rock.”