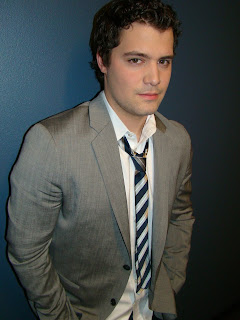 LEVI JOHNSTON CELEBRATES HIS 21ST BIRTHDAY AT CHATEAU NIGHTCLUB & GARDENS ON FRIDAY, MAY 6

Best known as the former fiancé and father of Bristol Palin’s child, Johnston first received media attention in 2008 when U.S. Vice Presidential candidate Sarah Palin announced that her daughter was pregnant with Johnston’s baby and that the two were engaged. Johnston has since begun pursuing a career in the entertainment industry, aspiring to be a model and an actor and in 2010, Johnston announced that he is running for mayor of Wasilla, Alaska in the 2011 election. Johnston will walk the red carpet before taking over Paris’ stunning new nightclub for his 21st birthday.

The nightclub is open Tuesday, Friday, Saturday and Sunday nights from 10 p.m. to close. Chateau’s industry night, Chateau Tuesdays, will offer complimentary admission to locals with ID on Tuesday nights. Local ladies are always free, while general admission is $20 for women and $30 for men, excluding special events. Dress code is strictly enforced. For table reservations and VIP bottle service, call 702.776.7777 or email [email protected]. For general information and updates, call 702.776.7770, become a fan on Facebook or follow us on Twitter www.twitter.com/chateaulv.

About Paris Las Vegas
Paris Las Vegas brings the romance and excitement of the European City of Lights to the heart of the Las Vegas Strip. The passion and sophistication of Paris Las Vegas transports guests to Europe’s most romantic city. From its dramatic 50-story replica of the Eiffel Tower to authentic architectural reproductions, Paris Las Vegas is a romantic, relaxing destination for anyone looking to get away. The resort features elegant décor, European-inspired boutiques and a distinctive array of fine cuisine. Singer-songwriter and entertainment icon Barry Manilow performs in the Paris Théâtre as the resort’s headliner. The property boasts 181,000 square-feet of convention space, 2,900 hotel rooms/suites, and an 85,000-square-foot casino. For more information visit http://www.parislasvegas.com/. Find Paris Las Vegas on Facebook www.facebook.com/parisvegas and follow on Twitter www.twitter.com/parisvegas.