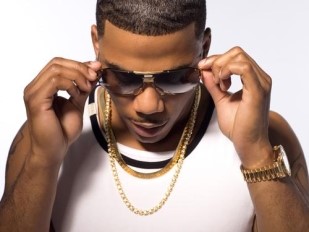 Multi-platinum, Grammy award-winning rap superstar, entrepreneur, philanthropist, and actor, Nelly will take M Pool stage for an unprecedented performance at M Resort Spa Casino on Saturday, September 17. Nelly has continually raised the bar for the entertainment industry since stepping on the scene in 2000 with his distinctive vocals and larger-than-life personality. Tickets for Nelly, starting at $25 plus taxes and fees, go on sale Friday, May 13 at 10 a.m. and can be purchased by visiting theMResort.com or ticketmaster.com.

Nelly embarked on his music career with Midwest hip hop group St. Lunatics, in 1993 and signed to Universal Records in 1999. Nelly entered the spotlight with the release of Country Grammar in 2000, spending seven weeks at #1 on the Billboard Top 200 and spawning the massive hits “Ride Wit Me”, “Country Grammar”, and “E.I.”. The album landed Nelly four Grammy Award nominations and sold over nine million copies worldwide.  Country Grammar is Nelly’s best-selling album to date, selling over 8.4 million copies in the United States.

Nelly kept the momentum going with the 2002 release of Nellyville.  The album debuted at #1 on top of scoring Nelly his first two Grammy Awards for “Hot in Here” – Best Male Rap Solo Performance – and “Dilemma” [feat. Kelly Rowland] – Best Rap Song Collaboration. This album was highly successful and was certified 6x multi-platinum by the RIAA on June 27, 2003. He has since gone on to win multiple American Music Awards, a Nickelodeon Kids’ Choice Award, Soul Train Music Awards, MTV Video Music Awards, and was crowned “Top Pop, Rap, and R&B/Hip-Hop Artist of The Year” by Billboard. He has been referred to by Peter Shapiro as “one of the biggest stars of the new millennium”, and the RIAA ranks Nelly as the fourth best-selling rap artist in American music history, with over 21 million albums sold in the United States. On December 11, 2009, Billboard ranked Nelly the number three Top Artist of the Decade.

On September 14, 2004, Nelly released two albums, Sweat and Suit. Suit, an R&B-oriented album, debuted at number one on the Billboard albums chart, and Sweat, a rap-oriented album, debuted at number two. From Suit, the slow ballad “Over and Over“, an unlikely duet with country music star Tim McGraw, became a crossover hit. On the 2004 NBC television concert, special Tim McGraw: Here and Now, McGraw and Nelly performed the song.  In the winter of 2005 came Sweatsuit, a compilation of tracks from Sweat and Suit with three new tracks. “Grillz”, produced by Jermaine Dupri, was a number-one hit. To date both albums have sold over 5 million units in the United States.

Nelly’s Country Grammar album and his song “Cruise” with Florida Georgia Line both achieved Diamond status in 2016. In 2016, Nelly was featured in a unique opportunity to perform alongside the country’s most prestigious orchestras including St. Louis, Columbus and Pittsburgh garnering great reviews.  Nelly has performed on NBC’s The Voice, The American Music Awards, ABC’s Greatest Hits and served as a judge on CW’s The Next. Just some of his its include: “Hot in Here” – “Dilemma” [feat. Kelly Rowland] “Country Grammar” “Ride Wit Me” “Just a Dream”– “Cruise” reached diamond status, “The Fix” sampling Marvin Gaye, and summer sixteens dance anthem “Millionaire” with Cash Cash and Digital Animal Farm.

Doors will open at 7 p.m. on September 17 and the concert will begin at 8 p.m. For more information on M Resort Spa Casino’s events and promotions and to purchase tickets for Nelly starting at $25, plus applicable L.E.T. and facilities fees, please visit www.ticketmaster.com.