Aces of Comedy Series at The Mirage 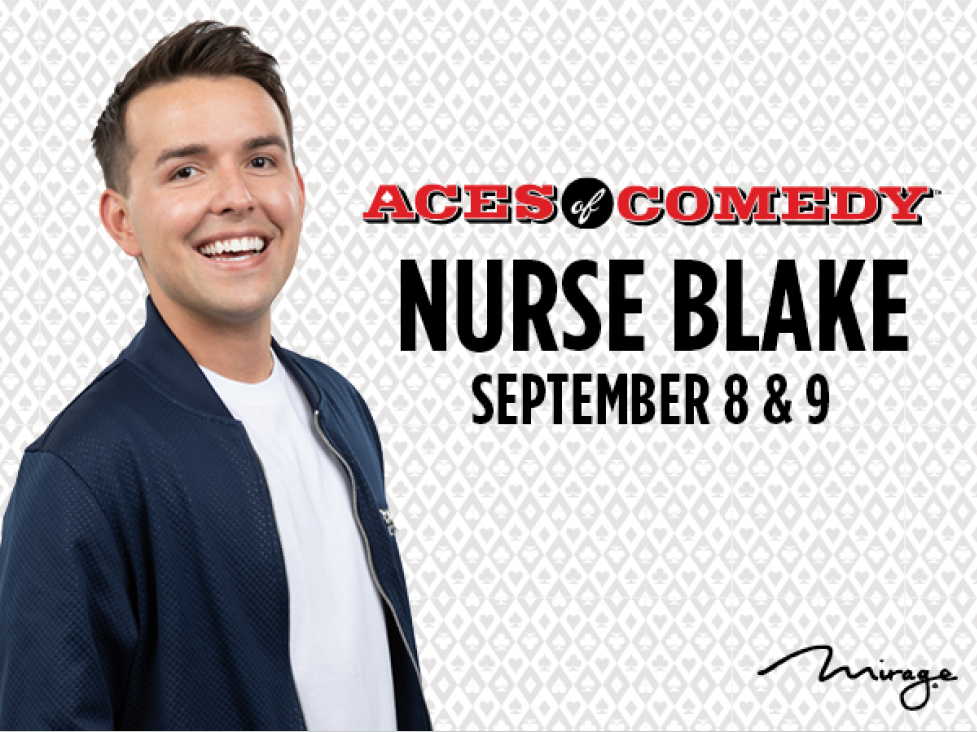 New Aces of Comedy headliner and online sensation Nurse Blake announced an additional performance at The Mirage Theatre and now is scheduled to perform two shows September 8 & 9 at The Mirage Hotel & Casino. Both shows are scheduled to begin at 10 p.m.