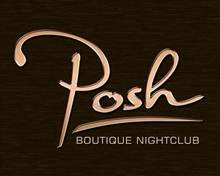 Late-night has evolved with Las Vegas’ newest addition to its after-hours scene – Posh Boutique Nightclub. As Posh continues to attract more revelers to the new late-night destination, the nightclub announces its upcoming lineup of some of the city’s hard-hitting DJs who will spin from midnight until the sun rises.

Staying true to its promise to treat Vegas locals like royalty, Posh extends its $100 bottle service for locals every Friday throughout the night. Bottles will be subject to availability.

PLAYGROUND is a revolutionary concept offering multiple rooms to satisfy the 24-hour cravings of tourists and locals alike, including Crazy Horse III, Posh Boutique Nightclub, fresh sushi at Sushi All Night and a hookah lounge. The 40,000+ square-foot venue is located minutes away from the Las Vegas Strip, just a few blocks west of I-15 on Russell Rd.