We attended The “First Ever Legends Reunion” honoring iconic past athletes at Hooters Las Vegas last night and had a great time.

From many decades who have made an indelible impression on our community and the
sports world wearing the Scarlet and Gray while representing the University of Nevada, Las Vegas. Over 30 “Legends” from a variety of UNLV’s sports programs were in attendance
They mix and mingle, and share memories with more than 500 dedicated Rebel fans both young and young at heart.

There were complimentary appetizers that were provided by Hooters Casino Hotel. April greeted us and made us feel very welcome as media. We must comment that the food was awesome and lots of it!

The “Legends” we saw and interviewed were:

Kevin Kruger – Kevin was the fist UNLV legend that we interviewed. He is super sweet! He did talk to everyone that wanted to talk to him. We ask him what his plans are and he told us he is going Europe soon to play basketball. Even though he only played one year at UNLV he considers Las Vegas to be his permanent home. We did ask him how his Dad was and he said his Dad was doing fine and so far liking his new job. Kevin is a co-owner of Rebelswag, who by the way, is sponsoring Moses basketball camp. Make sure you purchase all your UNLV products at Rebelswag.com
And yes ladies I did ask him and he told me he is single!

Moses Scurry – Moses has to be one of the nicest guys I have interviewed and one of the tallest. He is very personable and very easy to talk to. Most of the other players came to talk to him when they arrived. Moses is putting on a basketball camp in August for Las Vegas youths. He told us that the reason he wanted to do this camp was to give back to the community. The camp is called “Mosed 1st Scurry Annual 2011 Back to School Basketball Camp”. You can find out more about it by emailing them a bballcamp2011@yahoo.com.

Bobby Florence – A super guy that would talk to us all night but his other fans were waiting for him! We asked him what he was doing now and He told us that he just retired at 59! He also said that he was involed with some new games in Las Vegas.
He talked to us about the early days of UNLV basketball.

Coach Dave Rice – We did get a chance to talk to Dave and we asked him how he was liking Las Vegas and the heat. He told us that he did not mind the heat and he and his whole family likes Las Vegas. Dave told us that the team is loooking good and he is optimistic! His outlook on next seasons sucess was bright.

L. Hunt – L was very friendly and we had a good time interviewing him!
He has two kids the same age as mine. His kids are in Los Angeles with one going to college and the other getting ready for college. When he is not in Las Vegas, he is in Los Angeles with them. He was there with his buddy and they were there for a long time. They talk talked quite a bit to the fans and other players.

Donovan Stewart – We did say “Hi” to him but did not get a chance to interview him.

Trevor Diggs – We saw him but he was busy with the food line and with his other fans.

Steve “Chop” Jones – We saw him but he was busy at the bar. 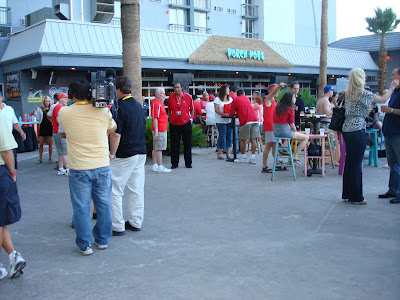 Back by the pool at Hooters 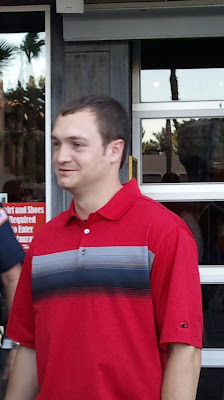 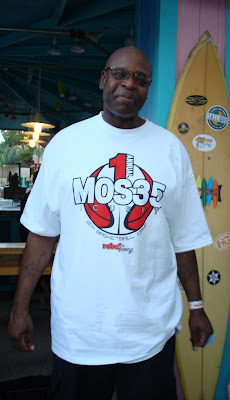 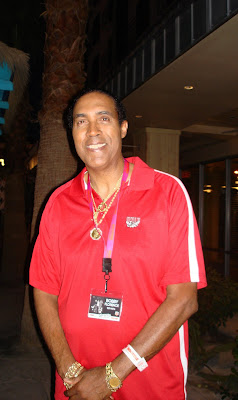 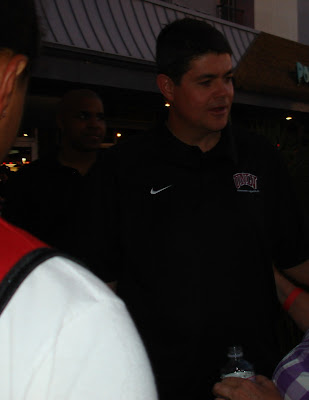