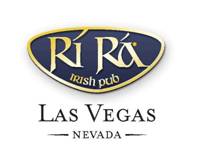 From Ireland, guests can taste Jameson Whiskey, a Dublin whiskey delivering a perfect balance of spicy, nutty and vanilla flavors with hints of sweet sherry, and Bushmills Whiskey, the world’s oldest whiskey revealing a gently warming taste sweetened with a touch of honey and spice. The single malt Lagavulin 16 Year Old Whiskey, imported from Scotland, is aged in oak casks, to guarantee intense flavors of dried fruit and peppery smoke. Also from Scotland, Oban 14 Year Old Whiskey has a taste reminiscent of dried figs and honey sweet spices. This dry, smoky Highland single malt follows with a long smooth finish.

Guests can enjoy live, authentic Irish music nightly during dinner and evening hours with many of the bands coming directly from Ireland.

Following his success as the founding member of the legendary Wolfe Tones, Derek Warfield has now assembled some of the finest young talents on the Irish music scene. Derek Warfield & The Young Wolfe Tones present a fresh and invigorating approach to Ireland’s music tradition. In 2010, the group performed more than 180 concerts across six different countries and was nominated as Ireland’s best folk group.

A permanent entertainment fixture in Irish pubs throughout Las Vegas for more than a decade, John Windsor is a multi-talented performer who uses a signature personal touch to put a smile on the faces of his audience. Windsor provides nonstop entertainment throughout his sets by blending guitar, harmonica and amazing vocals into one spectacular performance.

The Cray & Dempsey Experience is anything but typical and the group’s performances provide audiences with one of the most unique Irish experiences they will ever see. The pair has been together for the better part of 25 years and brings several genres of music together, including rap, rock and Irish folk. They put their own spin on songs such as “Gin & Juice,” “Sweet Caroline” and “500 Miles,” along with many all-time favorites from the 70s through today’s top hits. Whether audience members are seeing The Cray & Dempsey Experience for the first time or are faithful followers, they can expect the best during each and every performance.

Playing the music of Ireland, The Shamrock Rovers are Seán Roche on vocals and guitar and Isaac Alderton on vocals and a variety of instruments, including the flute, uilleann pipes, whistles and tenor sax. Their music is a blend of Irish ballads and high energy Irish tunes delivered with passion and a clear love of what they do.

Currently recording in Belgium, the group has played shows in Ireland, the United States, Cyprus and the United Kingdom in the past six months. Their show includes traditional Irish ballads and tunes as well as contemporary songs delivered in their own inimitable style.

Every Friday and Saturday night at 9:30 p.m.

Rí Rá Las Vegas turns the lights down and the sound up as Rí Rá Live takes over the authentic Irish pub. Bands that perform earlier in the night on Fridays and Saturdays will take the stage for Rí Rá Live as they blend together high energy Celtic rock with classic rock and pop music covers.

Crafted in the warm pub style of 19th century Ireland, Rí Rá Las Vegas is located inside The Shoppes at Mandalay Place. The authentic Irish pub features a multitude of artifacts that were carefully restored in Wicklow, Ireland and shipped to their new home in Las Vegas. Rí Rá Las Vegas contains an authentic Victorian Shop bar that began its life in Ireland in the 1880s, a whiskey bar adorned with an original glazed jewelry cabinet from 1900, an oak floor from a whiskey distillery and an 8-foot-tall, 500-pound carved plaster statue of St. Patrick dating back to 1850. The pub hosts live entertainment seven nights a week in a music room constructed with artifacts dating back to 1890 from the Olympia Theater in Dublin, Ireland. On the weekends, guests can kick back at Rí Rá Live, where every Friday and Saturday at 9:30 p.m. the best bands in town take the pub’s stage. Born and raised in Dublin, Rí Rá Las Vegas owners David Kelly and Ciaran Sheehan have been close friends since they were 14-years-old. Kelly and Sheehan later partnered with Jay Luther, whom Kelly met while working for Guinness. Rí Rá Las Vegas is the 12th pub the trio has opened in the U.S.