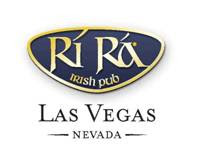 Planet X
Every Friday and Saturday in May
Planet X is a hip, new band for today’s contemporary realm that effortlessly fuses the genres of modern rock, classic rock, dance, metal and more. The band has a unique and refreshing approach with three lead singers, a dynamic stage presence and the ability to rise to any occasion. By providing audiences with the class of a showroom production, Planet X is sure to make each audience member feel as though they’re part of the show. Fronted by one of Las Vegas’ most powerful voices and backed by world-class, multi-genre musicians, there isn’t a song they can’t play.

Andy Cooney
May 11-21, May 23-24 at 8:45 p.m. nightly
After a sold out engagement at Carnegie Hall in December 2009, the New York Times christened Andy Cooney as “Irish America’s Favorite Son.” Cooney has an outstanding voice and dynamic stage presence that engages his audience as he renders songs ranging from all-time favorites like “Galway Bay” and “Danny Boy” to “The Irish Wedding Song,” “Boston Rose” and “Daughter of Mine.” Cooney has recorded 15 albums and has always associated himself with the finest musicians on the Irish recording scene, including Brian Byrne, The RTE Concert Orchestra, Seamus Brett, Joanie Madden, Seamus Egan, Eileen Ivers, Des Moore, Paddy Noonan and the world-famous Phil Coulter. His latest production, “American Voices,” has received high critical acclaim and is a show that includes elements of heritage, faith, friendship and American patriotism.

John Windsor
May 22 at 8:45 p.m.
A permanent entertainment fixture in Irish pubs throughout Las Vegas for more than a decade, John Windsor is a multi-talented performer who uses a signature personal touch to put a smile on the faces of his audience. Windsor provides nonstop entertainment throughout his sets by blending guitar, harmonica and amazing vocals into one spectacular performance.

Peadar & Pio
May 25-29 at 8:45 p.m. nightly
Tipperary born and bred Pio Ryan is an Irish-tenor-banjo musician who has been playing the New York City traditional Irish music circuit for more than three years. Ryan officially transplanted to the United States in 2005, finding a home at the Irish Arts Center where he originated the Irish Tenor Banjo program, which continues to grow with a strong following. His deep rooted traditional style mixed with blues and bluegrass influences creates a unique sound that is both driven and refreshing.

Ryan will team with Dublin folk singer Peadar Ó hÍcí for their Rí Rá engagement. Ó hÍcí is a “true Dub” who learned his trade on the banks of the river Liffey in Ireland’s cultural quarter. Ryan and Ó hÍcí first paired together while performing at Irish Arts Week in East Durham. The pair then took their show to New York City and currently performs weekly at Emmett O’Lunney’s, a bustling Times Square venue. A fluent Irish language speaker, Ó hÍcí brings an important aspect of Irish culture to the duo’s shows with many songs sung in the old language and a vast repertoire of ballads in English.