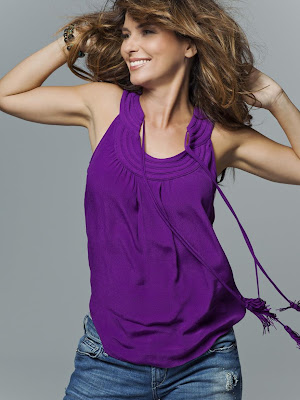 SHANIA: STILL THE ONE BRINGS COUNTRY FLAIR EXCLUSIVELY TO THE COLOSSEUM
FOR THE FIRST TIME

Shania Twain, international superstar and the world’s best-selling female country artist of all time, confirmed today her widely-speculated return to the stage and vocal spotlight with a two-year residency at The Colosseum at Caesars Palace in Las Vegas. The music icon will bring all of her biggest hits in her new show SHANIA: STILL THE ONE exclusively to The Colosseum beginning December 1, 2012.

American Express® Cardmembers can get advance tickets to the first 10 performances of SHANIA: STILL THE ONE starting tonight, Wednesday, June 8 the moment Shania announces the winner of Male Video of the Year on the 2011 CMT Music Awards airing on CMT. Tickets go on sale to the public Sunday, June 19, 2011 at 10 a.m. PT:

“This past year has been such an amazing journey and to find myself poised to play at The Colosseum is truly magical,” said Shania. “The Colosseum is an iconic location with unmatched energy, and I’m excited to bring a pop/country spin to the city. People from all over the world travel to Las Vegas and I’m so thrilled to be able to share my music with a truly global audience.”

Fresh on the heels of receiving a star on the Hollywood Walk of Fame, and with her first memoir entitled “From This Moment On” climbing the New York Times Best Sellers list, Shania Twain’s meteoric star continues to shine bright. Her docu-series on OWN: Oprah Winfrey Network “Why Not? With Shania Twain” debuted on May 8th as the-highest rated premier to date for the network. Her final episode in which she reveals her decision to return to the stage airs on OWN Sunday, June 12 at 10:00 PM/ET; 9:00 PM/CT.

“We work hard living up to the mission of making The Colosseum The Home to the Greatest Entertainers in the World, and with the addition of Shania Twain, we have exceeded our goal.” said John Meglen, President and co-CEO of AEG Live/Concerts West. “The Colosseum proudly continues its rich tradition of shining the spotlight on world-class stars.”

With STILL THE ONE kicking off in December 2012, Shania Twain joins fellow Canadian national-treasure Celine Dion, and international superstars Elton John and Rod Stewart as resident headliners at The Colosseum at Caesars Palace.

“Without question, Shania Twain is an international superstar and one of the most beloved icons in country music,” said Gary Selesner, Caesars Palace president. “We couldn’t be more thrilled to welcome her as The Colosseum’s first-ever country music resident headliner. We are looking forward to Shania’s triumphant return to the stage with many powerful and memorable performances at Caesars Palace.”
An amazing and accomplished singer and songwriter, Shania Twain is a phenomenon. With more than 75 million albums sold worldwide, she is the top-selling female country artist of all time; has multi-platinum album sales in 32 countries; has the eighth-biggest selling album of all time in the U.S. and 18 top ten songs, eight of which reached #1.

Most amazing of all, Shania has reached beyond all feasible music boundaries with just four studio albums – three of which have received Diamond certification by the RIAA (Recording Industry Association of America) for sales of 10 million copies in the U.S. She is the only female artist to have three consecutive albums sell more than 10 million copies.

For additional show and ticket information, visit http://www.shaniainvegas.com/ or follow updates from The Colosseum at Caesars Palace on Twitter @[email protected]

About Caesars Palace
Caesars Palace is the world’s best known resort-casino, celebrating the grandeur that was Rome in an 85-acre destination location that sets the standard for entertainment, dining and luxury. Reigning at the heart of the Las Vegas Strip, Caesars Palace features 3,300 hotel guest rooms and suites, including the addition of the 180-room Nobu Hotel set to open in 2012; 25 diverse restaurants and cafes, including the 24-hour café by James Beard award-winning Chef Michel Richard set to open summer 2011; nearly 129,000 square-feet of casino space including a 14,000 square-foot poker room; a five-acre Garden of the Gods pool complex showcasing eight pools and two gardens; the 50,000 square-foot award-winning Qua Baths & Spa and Color Salon by renown celebrity colorist Michael Boychuck; five elegant wedding chapels and outdoor gardens; 300,000 square-feet of premium meeting and convention space; the acclaimed 683,000-square-foot Forum Shops offering more than 180 boutiques and shops; Cascata, one of the world’s most exclusive golf courses; and the 4,300-seat Colosseum spotlighting world class entertainers such as Celine Dion, Jerry Seinfeld, Rod Stewart (returning in August 2011) and Elton John (returning in September 2011).