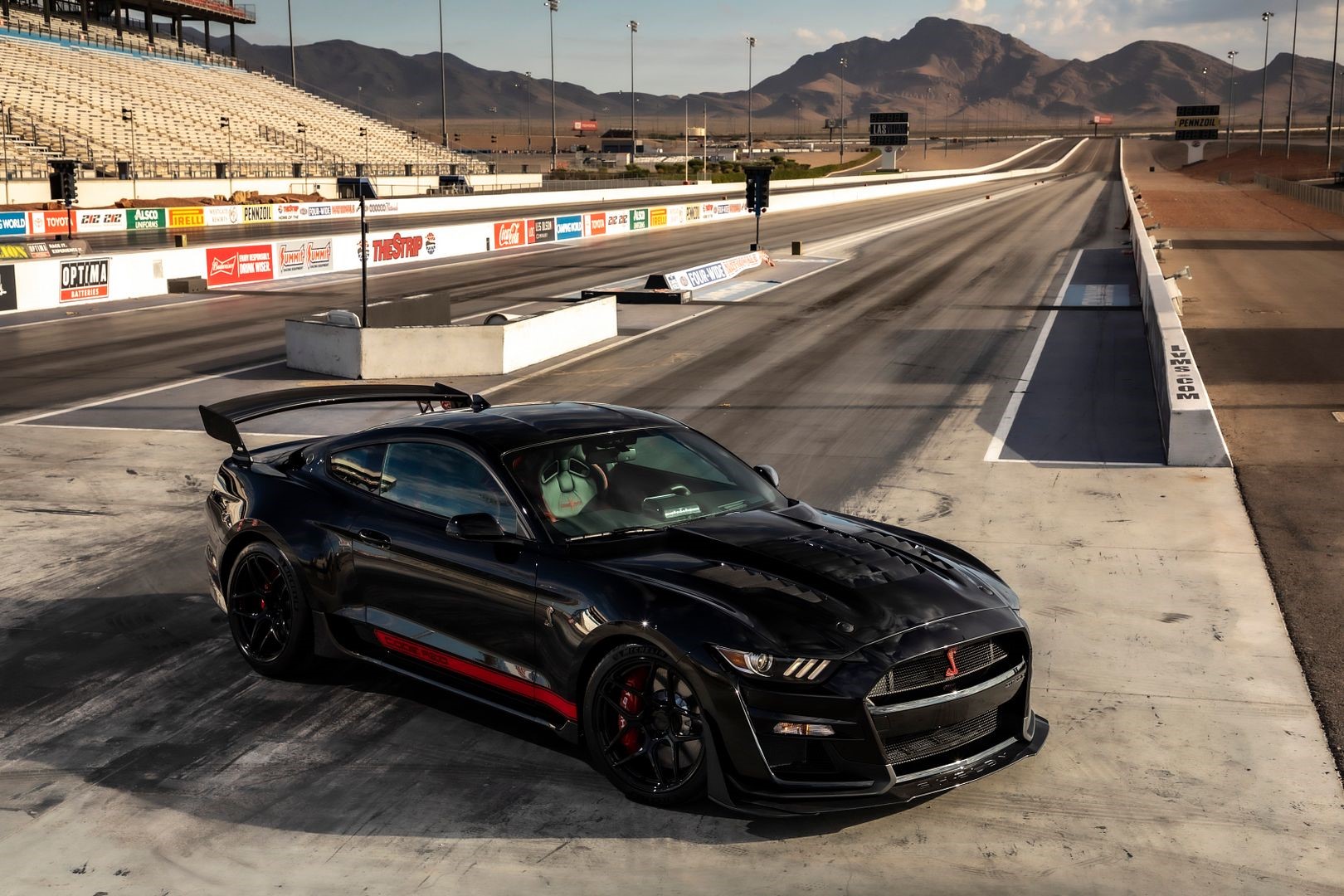 Shelby American, a wholly owned subsidiary of Carroll Shelby International Inc. (CSBI:PK), made history today at the Michigan Woodward Dream Cruise when it unveiled the limited-edition Shelby GT500 CODE RED with a twin turbocharged V8 pumping out up to 1,300 horsepower. For the first time in its history, the company turned an experimental car into a limited edition vehicle. In addition to the replacement of the factory supercharger with a twin turbo setup, each hand-built CODE RED Shelby GT500 will receive suspension, braking, cooling and aesthetic upgrades.

“Shelby American has built cutting-edge experimental versions of the Shelby GT500 since the model was launched in 1967,” said Joe Conway, CEO of Shelby American. “While these testbeds for innovation never became production cars at the time, they helped make our vehicles better. For the first time in our 60-year history, we’re turning an experimental car into a limited-edition vehicle. The enormous demand for a CODE RED edition is an opportunity to demonstrate our capabilities, as well as the enormous potential of Ford Motor Company’s marvelous Shelby GT500 as a dedicated straight-line performer.”

Famous “EXP” experimental cars have included the Green Hornet, the Super Snake, Little Red and the 2008 twin turbo CODE RED. Shelby’s ’67 GT500 Super Snake had a 427-race engine while the Green Hornet was an experimental ’68 hardtop used to test fuel injection and independent rear suspension. The 1967 Little Red had twin superchargers and a host of other innovations.

Shelby American replaced the supercharger with a pair of turbos on the experimental 2008 CODE RED Shelby GT500. The 5.4-liter V8 re-engineered by Nelson’s Racing Engines had a dual-feed fuel system that blended in high-octane racing gas as needed. Shelby American enhanced the cooling capacity to handle the heat and worked with AMS to develop a speed-sensitive boost controller for the car.

Along the way, the drivetrain was reworked to include a new transmission that could withstand all the power, a one-piece aluminum driveshaft, Currie 9-inch rear end, Air Locker differential and 35-spline axles. The car boasted Shelby/Eibach adjustable suspension, Shelby/Baer brakes and rotors, 20-inch wheels shod with Pirelli P Zeros on front and stickier Nitto NY555R drag radials at the rear.

However, the high cost of the car and its extreme nature meant it was not viable for production.

“CODE RED is designed to be the pinnacle of Shelby Mustangs,” said Gary Patterson, president of Shelby American. “While we never put it into production during 2008, many were keen to own one. The current generation Shelby GT500 is so robust and spectacular that many of the issues we encountered 14 years ago no longer exist. It’s so perfect for CODE RED transformation that we began quietly building a few for insiders who asked. Though we did not initially intend to offer a formal edition, demand was so strong that we elected to build a very small number of them.” 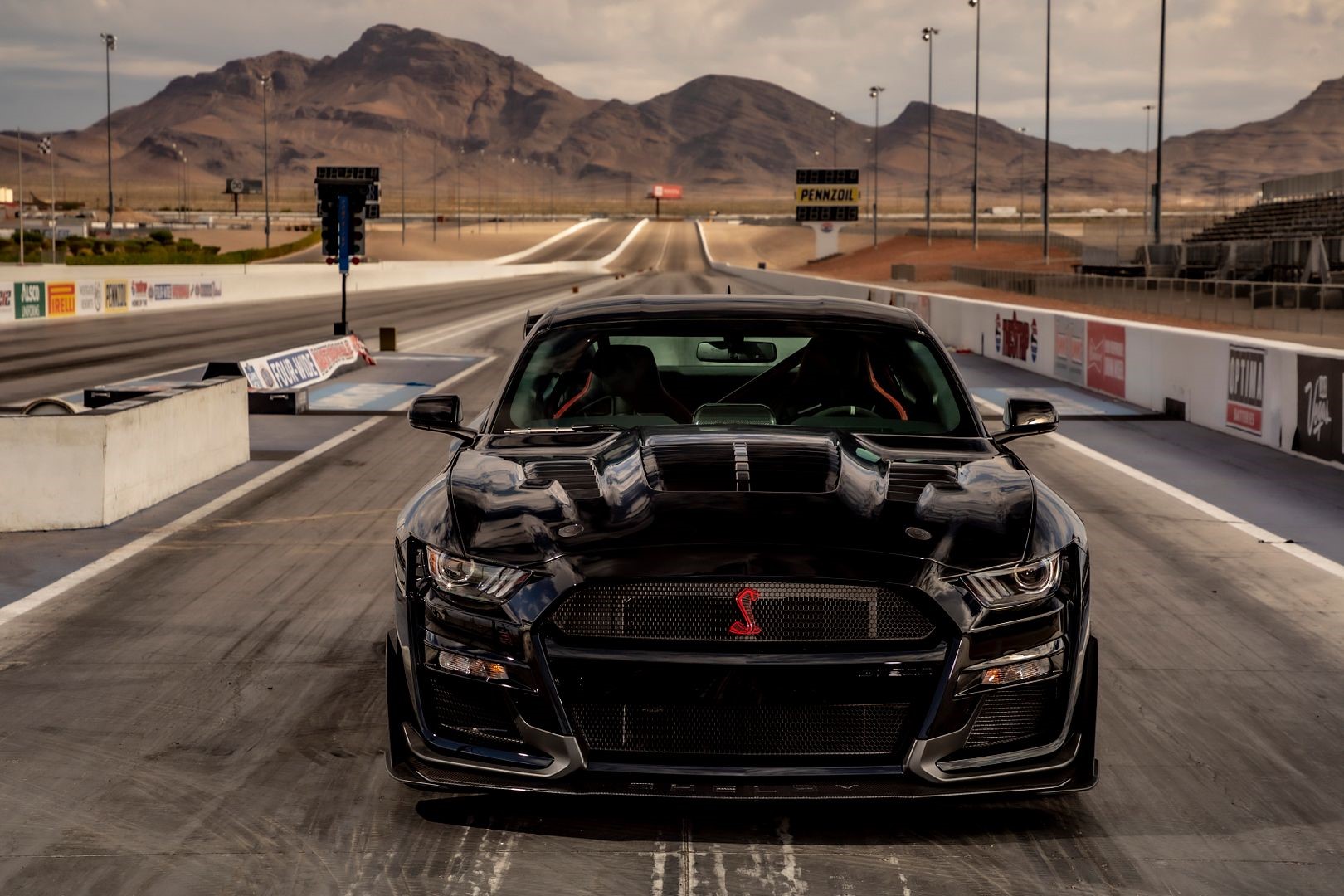 “The unique nature of this new car required us to pour in lessons learned from extreme vehicles like the 2008 CODE RED, Shelby 1000 and 2020 Shelby GT500 Dragon Snake concept,” said Vince LaViolette, Shelby American Vice President of Operations and Chief of R&D. “All of the massive horsepower and torque we develop with the new CODE RED car required us to focus on optimizing traction. That is why CODE RED is more of a straight-line performer than a road course warrior. While not street legal, it’s very capable at moderate speeds in most any curve. But when the turbos spool up, the car is best enjoyed moving straight ahead.”

Over the past 60 years, Shelby has worked with some of the biggest names in the business, such as Ford Performance Brembo, Michelin, Borla, Recaro and Tremec. CODE RED’s drivetrain was engineered in collaboration with Fathouse Performance, an official development partner of Shelby American.

“We worked closely with Shelby American to develop a robust, powerful and reliable package based on our 50 years of combined experience in the high-performance auto industry,” said Ben Stoner, vice president of Fathouse Performance. “The 5.2L engine now features all-new high-performance components boosted by an intercooled premium twin turbo system, a new fuel system, engine management system and more. CODE RED boasts 1,000+ horsepower and 780-foot pounds of torque on 93 octane pump gas with up to 1,300 horsepower and 1,000-foot pounds of torque on E85 Ethanol.”

“CODE RED drives like a regular car until the tach swings past 4,000 RPM,” said Patterson. “That’s when the Shelby transforms from mild-mannered transportation to extreme muscle car in the blink of an eye. The performance is breathtaking.”

Each CODE RED Shelby GT500 includes membership in Team Shelby, the worldwide club Carroll Shelby established in 2008, and will be documented in the official Shelby Registry. The package MSRP starts at $209,995, not including the base car. Production has begun in Las Vegas and owners of 2020-2022 model year Shelby GT500s can contact Shelby American about transforming their car into a CODE RED edition. Individuals interested in a Shelby vehicle can go to https://www.shelby.com/en-us/Vehicles.