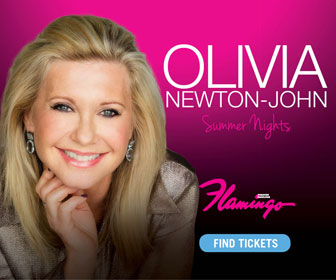 Presented by producer David King and Spirit Productions, “Broadway Celebration” takes audiences from the neon lights of The Strip to the bright lights of Broadway. The show is a non-stop tribute to hit songs from the world’s most renowned musicals including “Phantom of the Opera,” “Cabaret,” “Chicago,” “Grease,” “Cats,” “Hairspray” and “Les Misérables,” among others. Combining the most popular Broadway hits into one exceptional production, the show is a must-see experience.

The Broadway Theater is also home to “Dancing Queen,” the hottest ‘70s party on The Strip. Transporting audiences back to a time when disco ruled and the fun was non-stop, the dance celebration features timeless songs of the era including favorites by the legendary group ABBA such as “Dancing Queen” and “Waterloo.” The show also celebrates highlights from the blockbuster ‘70s film “Saturday Night Fever.” The glittering production stars singers and dancers clad in beautiful costumes stepping to dazzling choreography.

Tickets for “Broadway Celebration” and “Dancing Queen” start at $49.95 each, plus tax and service charges, but for a limited time only, guests can enjoy both shows for $69, plus tax and service fees. Tickets are now on sale at the Zumanity box office at New York-New York. To charge by phone with a major credit card, call New York-New York at (866) 606-7111 or (702) 740-6969.  Tickets also are available for purchase at newyorknewyork.com.

About New York-New York:
Inspired by the famous energy and landmarks of New York City, New York-New York Hotel & Casino features 12 New York-style skyscrapers showcasing 2,023 guest rooms and suites.  Other featured Big Apple icons include a 150-foot-tall replica of the Statue of Liberty and a 300-foot-long replica of the Brooklyn Bridge.  Within the resort, guests discover all the energy and excitement of the city that never sleeps, from enticing entertainment including the provocative and sensuous Cirque du Soleil® production, Zumanity, the thrilling Roller Coaster and the fun-filled dueling pianos of Bar at Times Square to tantalizing restaurants such as The Sporting House Bar & Grill, Gallagher’s Steakhouse, Il Fornaio and Nine Fine Irishmen, an authentic pub offering the best of Irish drink, food and music.  Additionally, New York-New York offers more than 24,000 square feet of meeting space and a rejuvenating spa and salon.  New York-New York is a wholly owned subsidiary of MGM Resorts International™ (NYSE: MGM).  For more information and reservations, visit newyorknewyork.com