Award-winning country & bluegrass group, The Kody Norris Show is excited to announce the new lyric video for their current single, “Mountain Rosalie“! Premiered by Bluegrass Today, the “Mountain Rosalie” lyric video takes you on a musical journey that showcases The Kody Norris Show’s ability to entertain fans from all walks of life while paying homage to one of the true founding fathers of Bluegrass, Ralph Stanley. As a result of their fresh new sound to the genre, The Kody Norris Show has performed in forty-eight states, at the Smithsonian and the Kennedy Center, and has received multiple IBMA & SPBGMA nominations and wins in 2022 for Entertainer of the Year and Fiddler of the Year for Mary Rachel Nalley-Norris. Submissions are now open for the upcoming SPBGMA Awards in Nashville for 2023 and The Kody Norris Show appreciates your consideration!

“When we decided to release Mountain Rosalie, we were touring extensively so finding time to choreograph a full production music video seemed near impossible,” shares Kody Norris. “We have never done a lyric video, so when the idea was thrown at us from BubbleUp, we thought this would be a good way to give our fans something different and create some fun interaction along the way! Mountain Rosalie has a catchy melody intertwined with witty lyric lines that have definitely been a crowd-pleaser at our live performances. We hope all our fans will enjoy this single and lyric video as much as we enjoyed creating it.”

The Kody Norris Show continues to be heard on bluegrass radio throughout the country, and “Mountain Rosalie” has just been added to SiriusXM’s Bluegrass Junction on Channel 62. To keep up with The Kody Norris Show dates and appearances, visit their recently redesigned website at TheKodyNorrisShow.com. 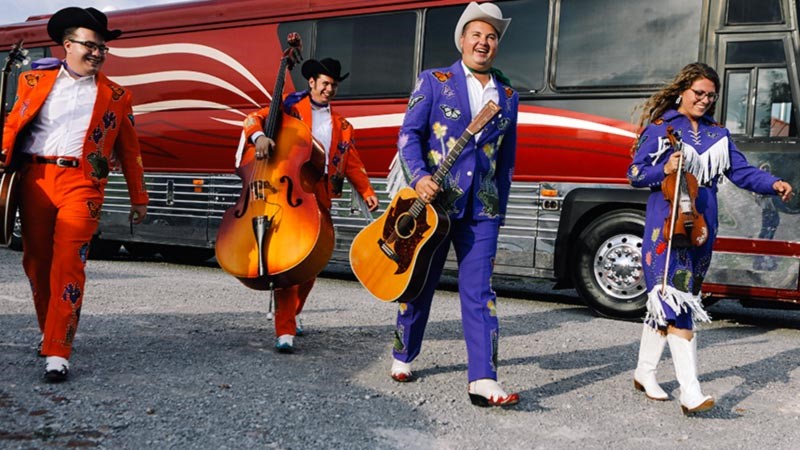 Produced by Darin Aldridge, “Mountain Rosalie”, The Kody Norris Show’s new single is part of a release plan for 2022-2023 aimed at connecting with existing audiences and engaging new fans through constant touring, media, and marketing. Their trademarked high-energy style delivers an unrivaled live show experience. Rife with rhinestones, loaded with laughs, and a heaping helping of high-powered traditional music, The Kody Norris Show is truly one of a kind.