TRACY LAWRENCE, JOHN BERRY, HALFWAY TO HAZARD, AND WAR HIPPIES ADDED TO MUSIC MEMORIAL FOR JEFF CARSON AT THE NASHVILLE PALACE ON TUESDAY, MAY 10, 2022 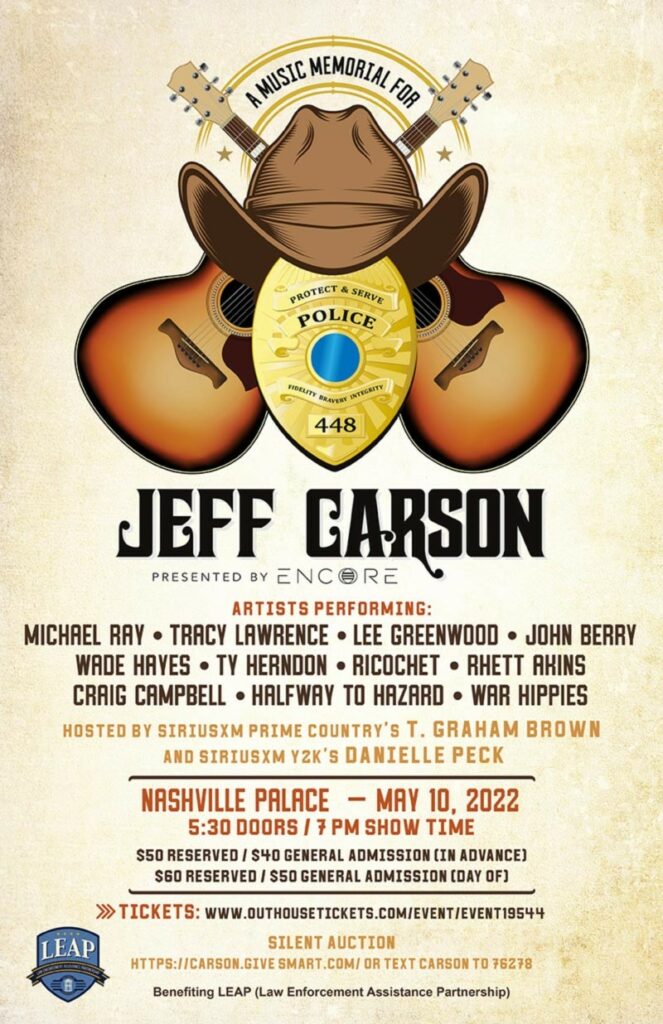 “The 90s was such a different time for artists making it in Country music. Many of us traveled on the bus together in package tours and really got to know each other and become close friends,” says John Berry. “Jeff was always a ray of sunshine to be around as he was always fun, positive, and ready to make us laugh. This night is going to be really fun as we sing our hits of the 90s and help raise money for Law Enforcement Assistance Partnership.”

For those who cannot make it to the event, but would like to support the cause, an online auction has been set up at carson.givesmart.com and donations can be made in Jeff’s honor at the link or text Carson to 76278.

About Jeff Carson:
Carson was born in Tulsa, Oklahoma, and began his musical career early on singing in church. He recorded demos, including Tracy Byrd (“Walkin’ To Jerusalem”), Tracy Lawrence (“I See it Now”), Reba McEntire (“The Heart Is A Lonely Hunter”), Tim McGraw (“I Wouldn’t Want It Any Other Way”), Faith Hill (“It Matters To Me”), Mark Wills (“Places I’ve Never Been”), Diamond Rio (“Mirror Mirror”) among others. “Yeah Buddy,” was his first charting single and was followed up with ‘Not On Your Love,’ which went number one. The following single, ‘The Car,’ became a top-five hit, topping out at number two and won Carson his first Academy of Country Music award for “Video of the Year.” Carson had several other singles, including “Real Life (Was Never The Same Again)” from his album “Real Life.” In total, Carson’s career achieved 14 charted singles on the Billboard chart. Carson took a break from music to become a law enforcement officer with Franklin Police Department in Williamson County, Tennessee, where he remained on the police force.

Returning to music in 2019, he signed with Encore Music Group and has been in the studio with Buddy Hyatt recording a specialty album to be released later this year that included duets with Michael Ray, Darryl Worley, Mark Wills, and Craig Morgan. 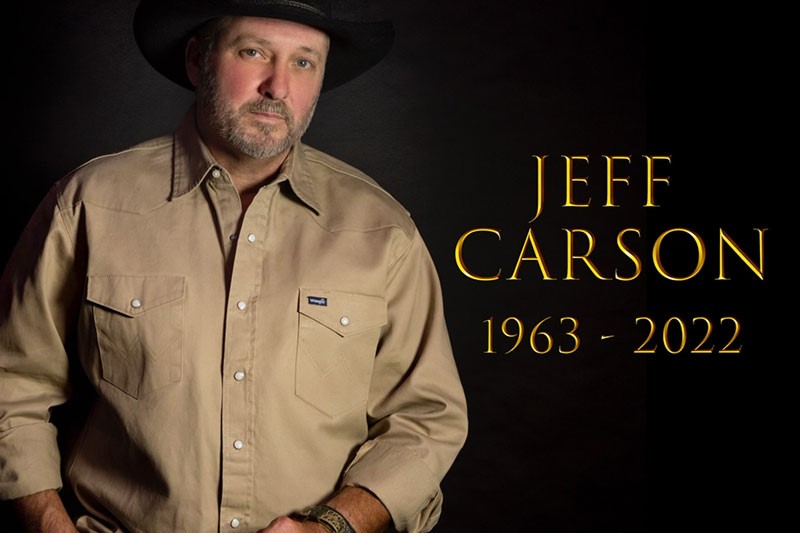