Trevor Wallace Joins the Aces of Comedy Series at The Mirage Saturday, Aug. 27 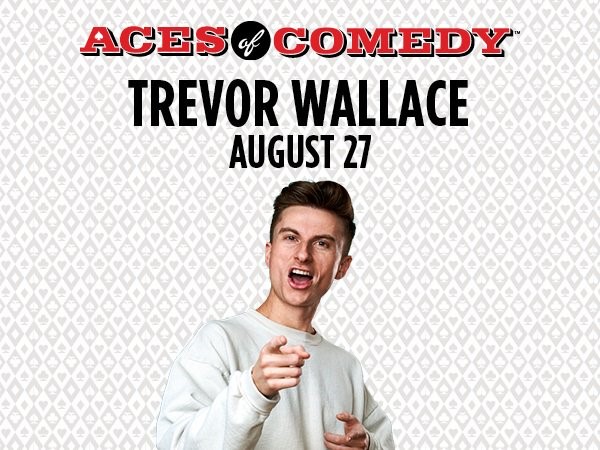 LAS VEGAS (June 16, 2022) – Stand-up comedian, writer and actor Trevor Wallace announced today he will make his Aces of Comedy series debut by bringing his “Are You That Guy?” tour to The Mirage Theatre in Las Vegas. The internet sensation is scheduled to perform Saturday, Aug. 27 at 10 p.m.

Tickets starting at $39.99 (not including taxes and applicable fees) go on sale Friday, June 17 at 10 a.m. PT. Tickets can be purchased online at mirage.com/aces or ticketmaster.com.

Only 29 years old, Wallace has taken the internet by storm with his videos generating more than 1 billion views across all social platforms. Wallace has built his following with national appearances on Comedy Central, MTV, Barstool Sports and E! News, as well as features in The L.A. Times, The New York Times, Ad Age, Business Insider, Men’s Health, BuzzFeed and Complex.

While touring across the United States performing at colleges and comedy clubs – two nights of which sold out at The Gramercy Theatre in New York during the New York Comedy Festival – Wallace’s popularity grew quickly and earned him a finalist nomination for “Best in Comedy” at the Shorty Awards in April 2020. His success and humor has led him to partner with well-known brands such as Chipotle, Natural Light, BruMate, SeatGeek, G FUEL, OnePlus, Bumble, Wetzel’s Pretzels, Snickers and Monster Energy.