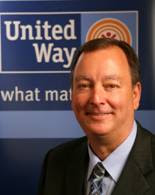 “We are excited to welcome Cass Palmer to United Way and look forward to seeing the great results we know he will accomplish,” said United Way of Southern Nevada Volunteer Board Chairman Don Gibe. “Cass has an impressive record of accomplishments that made him the ideal candidate and he possesses the strong leadership skills needed to unify the organization as it continues to make a difference in southern Nevada’s community.”

Palmer brings more than 23 years of experience in the gaming and hospitality industry, government and political arenas, non-profit organizations and union environments to his new role. He will oversee staff and administer United Way’s activities designed to advocate its community-based agenda of advancing the common good by focusing on education, income and health.

“Living in Vegas for more than four decades has allowed me to understand the community’s needs. I am excited for this opportunity to help further expand upon United Way’s record of accomplishments and implement new strategies to strengthen our neighborhoods,” said Palmer.

Before joining United Way, Palmer was the senior vice president, chief human resource officer at Tropicana Entertainment Inc. During his tenure, he played an integral part in restructuring Tropicana Entertainment, which was the first major company in the gaming industry to successfully complete a Chapter 11 reorganization.

Palmer has been involved with United Way of Southern Nevada for more than 20 years, serving as a board member, gaming campaign chairman, human resource committee member, company campaign chairman and loaned executive. He volunteers his time as the chairman of UNLV Career Advisory Council, where he is responsible for developing strategic ties between UNLV and the local business community. He also was the chairman for the State of Nevada Governors Workforce Investment Committee. In addition, he has served as a board member of the United Labor Agency of Nevada and the Nevada Council on Problem Gaming. Palmer earned his master of business administration and his bachelor of science in business administration from the University of Nevada Las Vegas.