NO. 1 HUSTLIN’ REBELS TAKE ON NO. 4 AIR FORCE IN GAME TWO OF 2022 MW BASEBALL CHAMPIONSHIPS 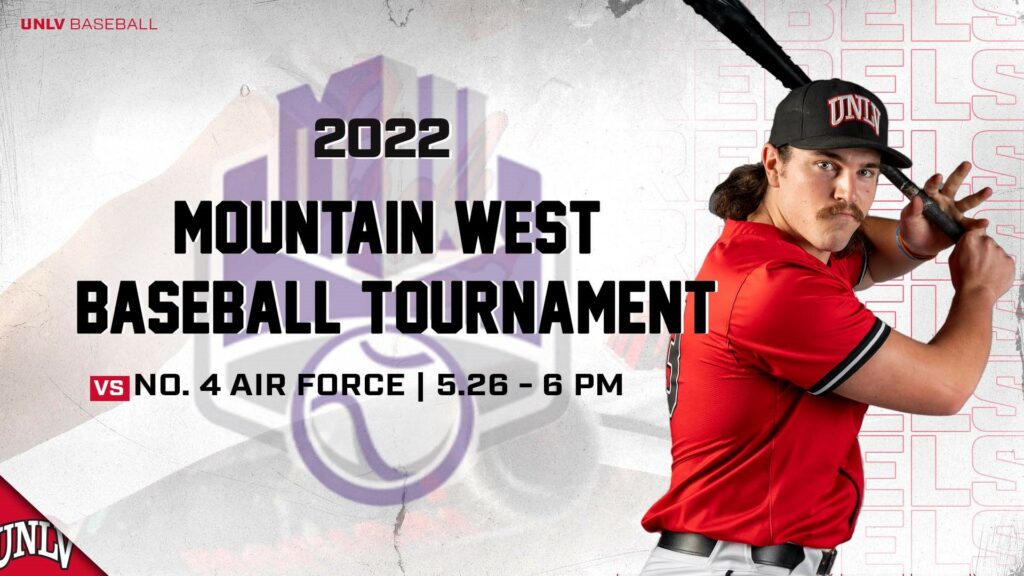 The no. 1 seed UNLV baseball team will take on no. 4 seed Air Force Academy for game two of the 2022 Mountain West Baseball Championship tournament, Thursday night at 6 p.m.

The 2022 Mountain West Baseball tournament will be held in San Diego, California May 26-29, hosted by San Diego State at Tony Gwynn Stadium.

REGULAR SEASON CHAMPIONS
The Scarlet & Gray was awarded the MW regular season title Saturday night, for just the fourth time in program history. The previous titles date back to 2003, 2005 and 2014.

Game seven will be played Sunday at 1 p.m. (if necessary) with the winner and loser of game six.