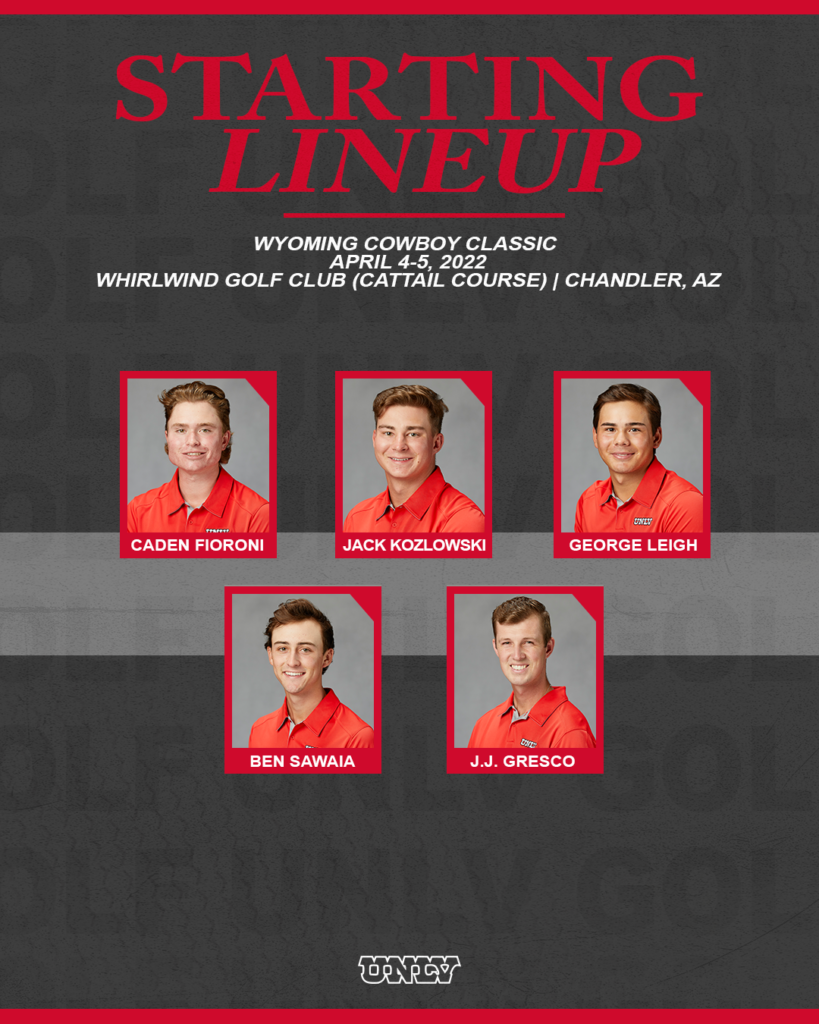 The two-day tournament will be played at Whirlwind Golf Club Monday and Tuesday in Chandler, Arizona

The UNLV men’s golf team will be back in action to start the week in Arizona, competing in Wyoming’s Cowboy Classic, April 4-5 in Chandler, Arizona. The two-day 54-hole event takes place on the Cattail Course (Par 72 7,334 yards) at Whirlwind Golf Club.

After the Cowboy Classic, the Rebels will have one final regular season event, Arizona State’s Thunderbird tournament April 15-16, before the Mountain West Championships, which are set for April 29-May 1 at Gold Mountain Golf Club in Bremerton, Washington.

SCHEDULE: The tournament will be held Monday-Tuesday, April 4-5. Following Sunday’s practice round, 36 holes will be played Friday and the final 18 on Saturday.

LIVE SCORING: Live scoring will be available at Golfstat.com, or by clicking here.

MOUNTAIN WEST AWARDS: Rebel sophomore Caden Fioroni was named Mountain West Golfer of the Week on March 4 after he finished tied for 10th at the Southern Highlands Collegiate, which included a second-round 66.