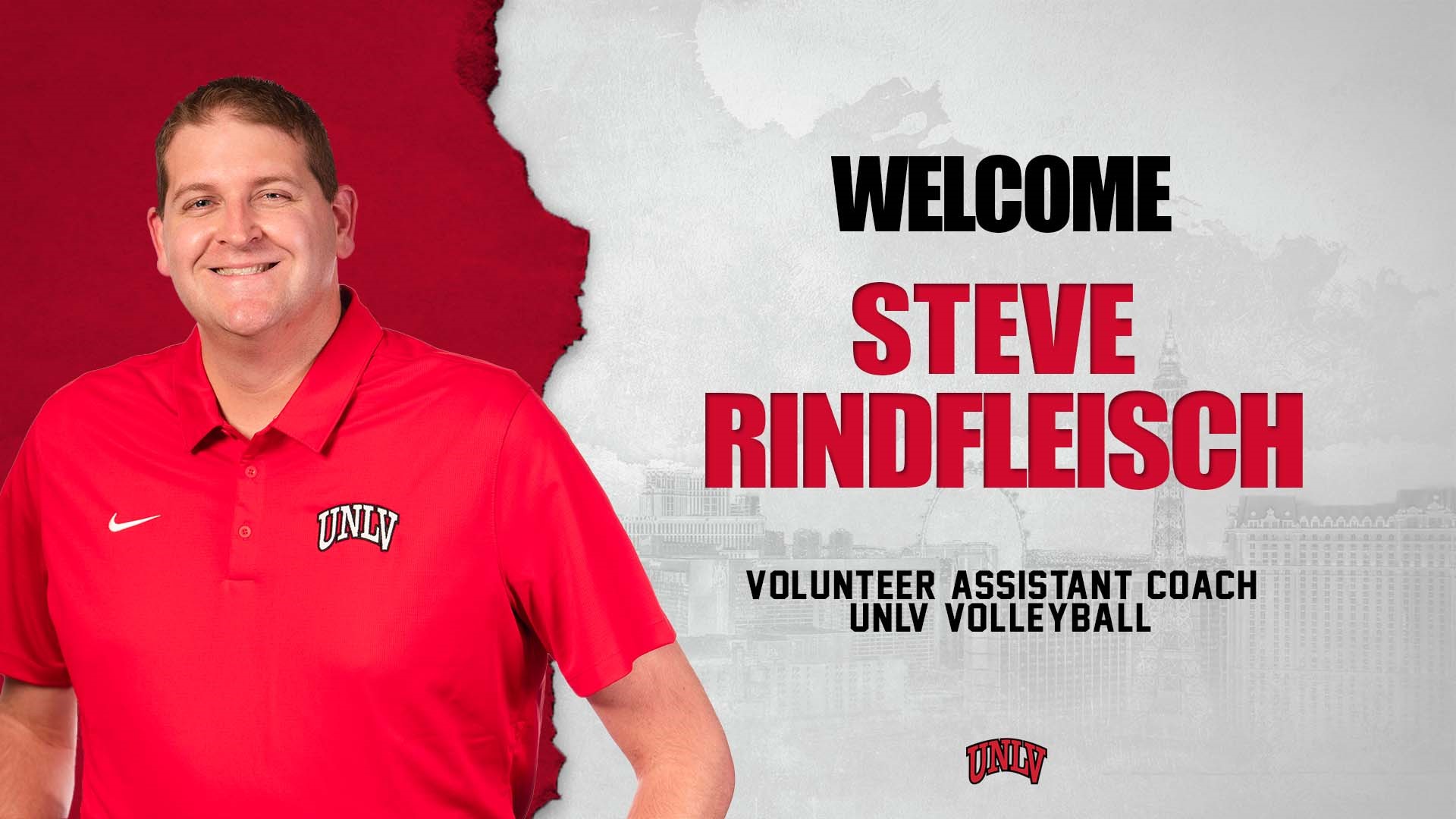 Rindfleisch joins the Rebels after spending two seasons as the assistant women’s volleyball coach/recruiting coordinator for North Dakota from 2019-21. During his time there, Steve helped the Hawks break 20 career records while ranking 4th in the nation for community service hours among 334 sports programs.

Rindfleisch began his coaching career in 2015 as the assistant coach for Valley City State University in Valley City, ND, where he helped the Vikings finish .500 or better during his last three seasons. The program had not previously finished with an even record since 2006. Valley City also reached the North Star Athletic Association (NSAA) Volleyball Tournament Semifinals in three of his five years with the program. Rindfleisch was also named the 2019 NSAA’s Assistant Coach of the Year, as well as the North Central Region’s Assistant Coach of the Year by the American Volleyball Coaches Association (AVCA).

Before starting his coaching career, Rindfleisch had a successful collegiate volleyball career as a right side hitter and setter at Brigham Young University from 2010-2014. He was a member of the Cougars 2013 squad that earned an NCAA Tournament bid, defeating Penn State in the semifinals before falling to UC Irvine in the national championship.

Steve earned his Bachelor of Science in Exercise and Wellness from BYU in 2016 and his Master’s in Teaching and Technology from Valley City State University in 2019.