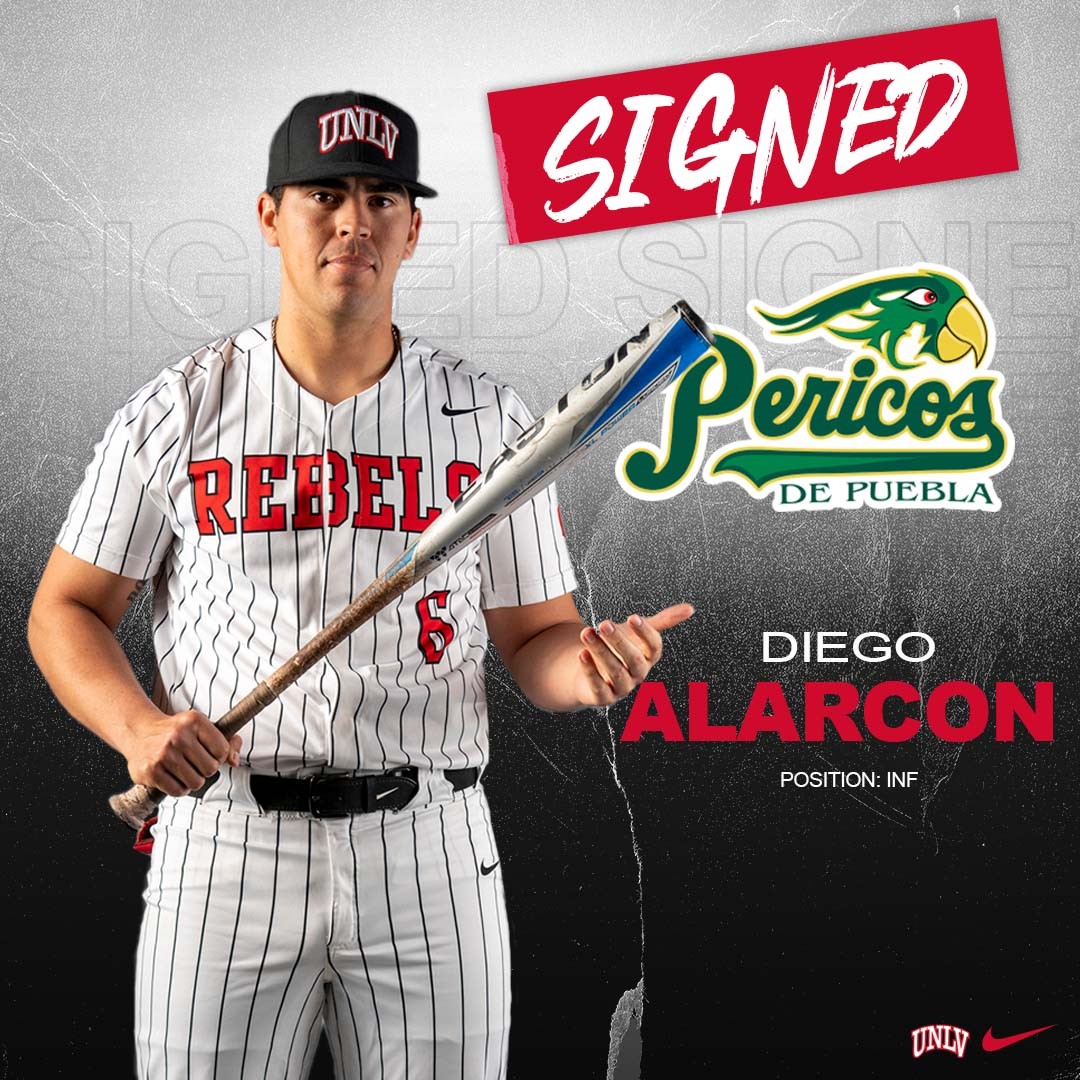 Alarcon, a recent sociology graduate from Lennox, California, played and started in 90 games for the Hustlin’ Rebels, with 84 of those coming at third base and six at shortstop. In his two years donning the Scarlet & Gray, he has batted .340 with 131 hits, 47 of which went for extra bases (33 doubles, 12 home runs and two triples) and attributed to a .544 slugging percentage. He also recorded a .420 on-base percentage with the addition of 43 walks and being hit by a pitch 11 times. He was responsible for 77 RBI and scored 52 runs as well.

“Diego has always been an intelligent player on the field who really knows how to play the game,” said Head Coach Stan Stolte. “We could always count on him to do the little things to help us win. It’s fantastic to see him getting the opportunity to play professionally, he deserves it.”

“It’s a dream come true to play professionally,” Alarcon said. “It could not have happened without the support of my family and friends.”