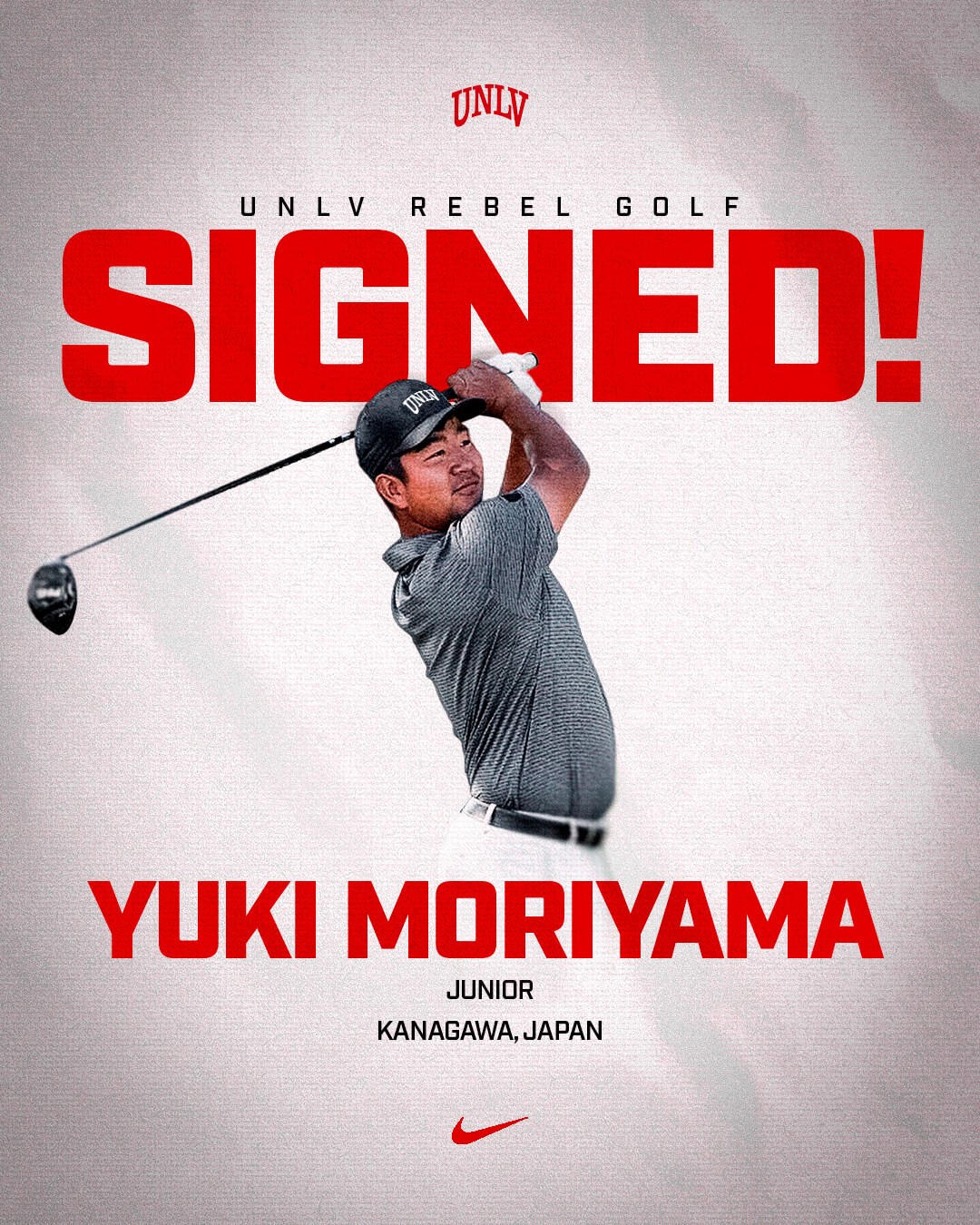 Moriyama, who attended high school in Las Vegas at American Heritage Academy, is originally from Kanagawa, Japan, and is the first student-athlete to commit to UNLV under its new head coach.

A two-time All-Pac-12 honorable mention honoree with the Ducks, Moriyama was also selected to the Pac-12’s All-Newcomer Team as a freshman in 2021.

“We are thrilled that Yuki has chosen UNLV as his new college golf home,” Hebert said. “He brings experience, charisma, and a passion for competitive golf at a high level. He believes in the golf environment here in Las Vegas and feels it can work favorably toward his development, and his future.”

As a freshman at Oregon, Moriyama was second on the team in scoring average (72.16), turning in a pair of top 10s along with five top-20 finishes, placing third at the Pac-12 Championship. Last season as a sophomore, he again finished third at the conference championship, then placed 17th at the NCAA Regional in Stockton, California.

“Becoming a Rebel is something very special,” Moriyama said. “I’m proud and excited to be a part of this new chapter of Rebel Golf with Coach Hebert and Coach McInerney. The program has great history and tremendous support from the Las Vegas community, and I hope to be able to follow in the footsteps of Rebel greats on tour such as Adam Scott, Charley Hoffman, Ryan Moore, Chris Riley, and Kurt Kitayama among others.”

In high school, Moriyama was a 2019 AJGA Honorable Mention All-America selection and the first Japanese golfer to compete in the U.S. Junior Amateur three straight years, where he advanced to the round of 16 in 2018 and the round of 32 in 2017 and 2019.