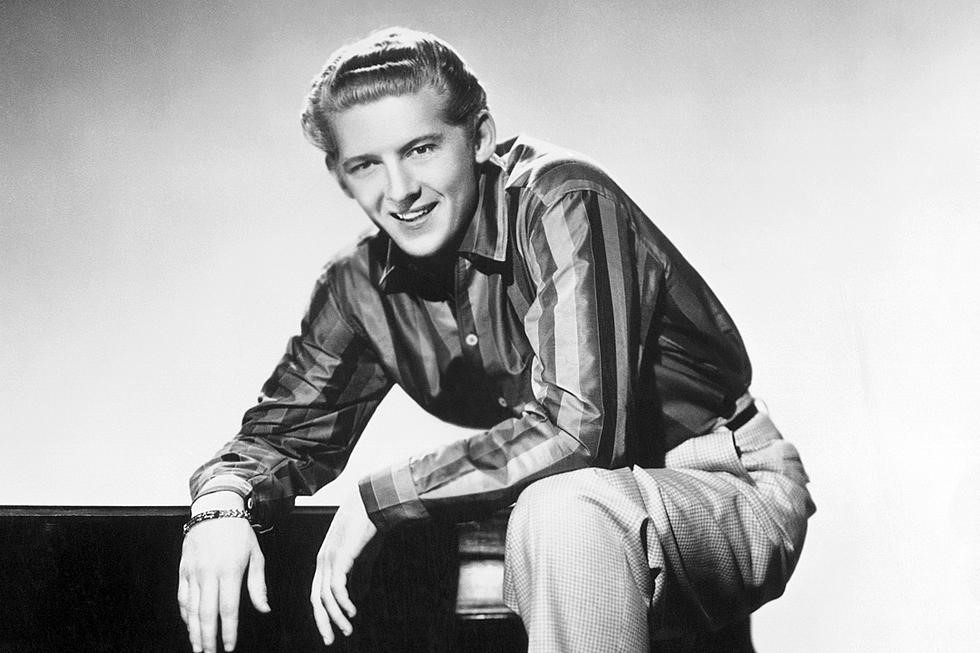 ountry Music Hall of Fame’s newest inductee and Rock and Roll Hall of Fame member Jerry Lee Lewis has passed away at age 87. Lewis, also known as “The Killer” a rock and country music pioneer died Friday, October 28, at his home near Memphis, Tennessee.

A trailblazing pianist, Lewis helped popularize rockabilly and rock and roll with a run of hits in 1957 and ’58 starting with crossover hit “Whole Lotta Shakin’ Goin’ On,” and followed with “Breathless,” “High School Confidential,” and especially “Great Balls of Fire” which made him as important of a member of the famed Sun Studios sound as Elvis Presley, Johnny Cash and Carl Perkins (together known as the Million Dollar Quartet). “You Win Again” helped give Lewis four Top 5 country songs (and two No. 1 hits) in a row. He was a true superstar.

“Jerry Lee doesn’t walk on stage and politely thank an audience for being there,” Hank Williams Jr. stated at the 2022 Medallion Ceremony. “Jerry Lee doesn’t ask for your attention. He demands it. He doesn’t take a stage, he commands it.”

By 1968, Lewis had stormed back with 11 straight Top 10 records that would carry him into the mid-70s. “Chantilly Lace,” “There Must Be More to Love Than This” and “What Made Milwaukee Famous” were three of his No. 1 songs, and he’d continue to chart into the early ’80s.

Lewis would go on to record dozens of subsequent albums, and in 1986 he became one of the first inductees into the Rock and Roll Hall of Fame. Following the ceremony, he is credited with starting impromptu jam sessions, which has become a Hall tradition.

Lewis is also a recipient of the Recording Academy Lifetime Achievement Award.

Lewis is survived by his wife Judith and four surviving children, plus extended family. Services will be announced in the coming days. In lieu of flowers, the family is asking for donations in Lewis’ honor to the Arthritis Foundation or MusiCares.
Fellow artists and colleagues remember Jerry Lee Lewis…

“It’s so sad to hear that Jerry Lee Lewis has passed. I’ve loved him since I first met and worked with him in the early 1970s. He was definitely one of a kind as an artist and person.”

“I first met Jerry Lee Lewis with my brother Lefty in the late 50’s on a TV set they were filming and got to hear him sing “Great Balls Of Fire”… then years later when I was recording in California in the early ’80s (on a night off) we went to The Palamino Club to see Jerry’s show (that is the night me and my wife Jo met) and got to visit with him briefly. Over the next few years, we got to do a lot of shows together. We were so proud he was just inducted into the Country Music Hall of Fame.
‘Say Hello to Heaven’ Jerry Lee ❤️”

“Jerry Lee at the beginning of a session put his gun on the piano.
Silence.
They do the session…
The next day the musicians come to the session and all bring their guns.
That was Jerry Lee.”

“The image and influence of Jerry Lee Lewis is an iconic memory we will always have. As a musician/singer I loved his energy and style. He was the greatest!”

“I went to the Jerry Lee Lewis school of singing. His style was one of my biggest influences. What can I say that hasn’t already been said? I’ll really miss that man. He was a pounder supreme and sublime. As he used to say, “Think about it!” Condolences to his survivors. RIP Daddy-O!!”

— Joe Bonsall / The Oak Ridge Boys
“Jerry Lee was very much like Rod Stewart is – when he stepped on that stage to perform, he OWNED it! He will be missed.”

“I grew up listening to Jerry Lee Lewis. You hear his style of playing piano heavily incorporated into my own style of playing piano. I loved the way he moved on stage, and I love his shenanigans. He was a true entertainer, and I am so thankful he was still alive to accept and understand that he made it all the way to the Country Music Hall of Fame. It is where he belongs.”

“Everyone who knows about me knows that my #1 musical influence is Elton John. Well, Elton learned how to play rock and roll piano by listening to Jerry Lee Lewis, making him (unbeknownst to me) one of MY influences. He showed the world that you didn’t have to sit still when the spirit moved and could kick aside the piano stool, stand up and go wild during a song. Or stay seated and use his right foot on the keyboard. I’m grateful that I had the chance to meet both of them and say thanks for the music”.

“Today music lost one of its icons. Watching the Killer on stage was like watching a master class on how to entertain an audience. No one could follow him and no one ever will!”

“Last time I saw Jerry was at The Diamond Festival in Belgium where we were both being honored. Jerry was in rare form. He made a big footprint in the music business and he will definitely be remembered and missed.”

“I’m deeply saddened to hear that my friend and one of the world’s greatest talents Jerry Lee Lewis has left for home. I was privileged and blessed to have known him. Doing concerts and singing with him on records were moments I’ll cherish forever. The Million Dollar Quartet has now been assembled together once again in heaven and I am sure God’s going to love hearing them sing. R.I.P. my friend.”

“One of my favorite days was when we spent time in the studio with Jerry Lee watching he and my husband T.G. Sheppard sing a song that we wrote for him, (along with Bobby Tomberlin) called “The Killer.” He was a bit late arriving, which added to the anticipation, but when he did arrive, you knew you were in the presence of greatness. He was so amazing and bigger than life. There will never be another like him and he will truly be missed.”

“Jerry Lee Lewis was a great inspiration to us all. Great entertainer and one of the biggest stars the music industry has ever known. RIP to an American legend and Icon.”

“So heartbreaking to hear of the one and only Jerry Lee Lewis passing. I can remember singing along to “Great Balls of Fire” as the icon ripped through the piano and that song like a whirlwind. There will never be another like him…but the world will always enjoy what he left behind. Rest easy Mr. Lewis”

“I just learned about the passing of Jerry Lee Lewis – one of the pioneers of rock and roll. My cousin Guy used to tour with him and he told me so much about what an entertainer he was. He could make a piano keys talk. He had such a unique style that couldn’t be matched. Prayers to his family during this time.”

“I am heartbroken to hear of the passing of Jerry Lewis. His brand of wild Memphis piano rock ‘n’ roll and electric vocals set the tone for generations to come. His impact is felt in every style of music today. He is an undeniable legend and I’ll miss him.”

“I think it’s safe to say if you are an artist or musician you have most likely been influenced by Jerry Lee Lewis. He was a legendary entertainer and raised the standard of a singer/pianist. He was one of the greatest entertainers of all time and will be greatly missed but his legacy will live on always.”

“Jerry Lee Lewis was a true entertainer in every sense of the word. From his rockin hits to his smooth country twang Jerry Lee always gave his all to every fan in his presence. He’s certainly left some big shoes to fill and in my opinion set the bar at an unachievable height for those to follow in years to come. R.I.P. Killer”