“When an artist decides to record a song that is already a classic, it is usually because they love that song so much that they just cannot get it out of their head. This must have been the mindset of Kelly Lang when she went into the studio to record “Midnight Train To Georgia.” She did not try to outdo the original. Instead, Kelly dug deep and found something within her own soul that embraced the same emotion that she heard in the very first Gladys Knight recording. Kelly did not only glean from this classic, she reimagined her own deep emotion. Kelly’s voice is convincing and crystal clear!” – Duane Allen, Oak Ridge Boys

“Kelly Lang has always been a class act with a warm, lovely voice and a keen gift as a songwriter. Here she refreshes one of pop music’s timeless gems, putting her own stamp on “Midnight Train to Georgia” and bringing its magic to a new audience.” – Deborah Evans Price

“Kelly is so full of soul, you can really feel her heart’s passion for this song. She doesn’t just sing it, it’s a vocal event. I have long awaited her next collection of these songs and was so excited for this.” – Joe Don Baker, Classic Country Saturday Night

“Kelly Lang’s version of ‘Midnight Train to Georgia’ will take you back to when music touched our soul and will make you sway back and forth. A true classic done with love and passion.” – Judy Shields, The Hollywood Times 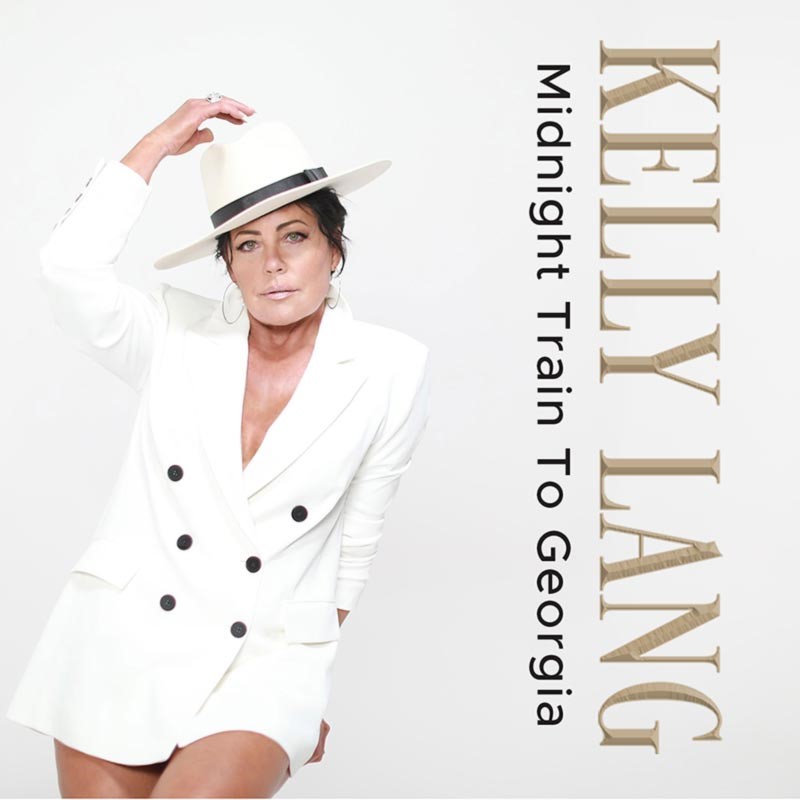 Nationally acclaimed singer/songwriter and producer, Kelly Lang has released her new music video for her current single, “Midnight Train To Georgia” which will be included in her upcoming project “Old Soul II,” sponsored by Springer Mountain Farms. Originally performed by Gladys Knight & The Pips, Lang shines throughout the song, showcasing soulful vocals and the ability to recreate a timeless classic with ease. Lang’s emotion perfectly captures the lyrics, delivering a sweet yet powerful tune. Kelly’s official music video “Midnight Train to Georgia” was premiered by Foxnews.com and is available to download and stream on all digital platforms now.

“Being the biggest Gladys Knight fan, it was so much fun to record and create a video honoring her biggest song, Midnight Train To Georgia,” shares Lang. “My hopes are that a younger generation may hear my version and look into the history of this incredible song and artist. I loved putting a fresh new spin on this classic and bringing the viewer of the video along for a journey from L.A. to Georgia from a train car. I am so thankful for Foxnews.com for sharing our video with their audience allowing them to slip back in time for this oldie but goodie.”

Lang recently received the “Icon Award” at The Alice Awards Gala as part of The Southern Women in Film & Television (SWIFT) Summit. The Alice Awards recognizes women who have all demonstrated perseverance in the pursuit of their dreams despite difficulties, hardships, and life’s circumstances and each have emerged stronger. The SWIFT Summit that spanned the entire weekend included the Alice Awards Ceremony and Gala Dinner, red carpet events, speaking presentations, and more. Lang was honored for her inspiring story and creative participation in the entertainment industry through songwriting, empowering the next generation of talented women!

Lang has released her new autobiography titled “I’m Not Going Anywhere,” highlighting her journey as a 17-year breast cancer survivor, along with her healing experience and the unfolding of her love story with her husband, country music legend T.G. Sheppard. The book is titled after her song, “I’m Not Going Anywhere,” which has been seen and heard across the United States as part of Ascension Hospital’s ‘Your Care Is Our Calling’ national campaign, honoring caregivers and the patients they serve. The autobiography can be purchased on Amazon.com and is now available in hardcover due to popular demand. Fans can receive autographed copies at KellyLang.net.

About Kelly Lang:
Kelly Lang is a prolific singer/songwriter and producer from Oklahoma City, Oklahoma, who has called Hendersonville, Tennessee home since moving there as a child. Growing up in country music, her father, Velton Lang, was the longtime road manager for superstar Conway Twitty. Being around great legends in the music business gave Kelly the burning desire to pursue her own personal music career.

As a songwriter, Lang has had a stellar career with her songs being recorded by artists such as Ricky Skaggs, Lorrie Morgan, The Oak Ridge Boys, Crystal Gayle, George Jones, B.J. Thomas, Jimmy Fortune, Jerry Lee Lewis, TG Sheppard, and Johnny Lee, just to name a few. She has also performed/recorded duets with iconic artists, Sir Barry Gibb, Dame Olivia Newton-John, Paul Shaffer, and Lee Greenwood. As an artist, Lang has released several albums including ‘11:11,’ ‘Shades of K,’ ‘Throwback,’ ‘Obsession’, and ‘Iconic Duets’ with husband, TG Sheppard. In the spring of 2020, Lang re-released her classic children’s album ‘Lullaby Country,’ which was originally sold at Cracker Barrel.

As part of a national campaign, her voice and writing skills can be heard on television with her song “I’m Not Going Anywhere” throughout the United States as the official anthem for the Ascension Hospital commercial.