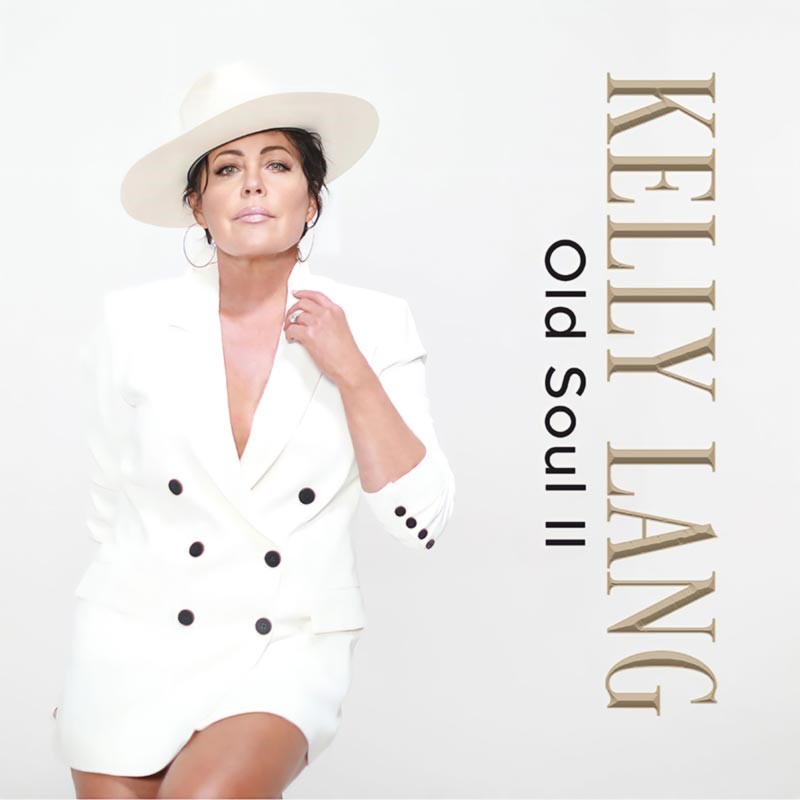 “When an artist records the classics, it’s important to erase everything that every other artist has done. The classics are so known because of their greatness. That is why they live longer than the artist. I believe Kelly wiped the slate clean and started from the very soul of each song. In doing so, she re-created a new magic with her own warmth and soulful voice. Kelly owned each song with a classy respect to every classic.” – Duane Allen / The Oak Ridge Boys

“There’s nothing like hearing a great song reinterpreted by a great vocalist and that’s what makes Kelly Lang’s new album ‘Old Soul II’ such a treat. Lang breathes new life into some of pop music’s best-loved standards. The highlights here are many including her playful take on Rod Stewart’s “Do Ya Think I’m Sexy?” a sultry cover of Berlin’s “Take My Breath Away” and a nuanced delivery of Fleetwood Mac’s haunting hit “Dreams.” She also serves up two versions of a John Waite’s 1984 hit “Missing You,” a lovely pop cover and a spirited extended dance remix that closes the 13-song set. From start to finish, this album is a winner!” – Deborah Evans Price / Billboard

“Kelly brings the “Old School” to new territory with her luscious and timeless voice.” – Buddy Iahn / The Music Universe

“Kelly Lang is back with a magical sequel to ‘Old Soul’ with ‘Old Soul II.’ She maintains solid control throughout. She allows her crisp, crystalline voice to shine throughout this eclectic musical effort, thus making it hard to select a personal favorite.” – Markos Papadatos / Digital Journal

“Kelly Lang’s new album Old Soul II features some of the biggest hits that has shaped our lives. She isn’t trying to copy the original, simply breathe new life into each song, and I love it!” – Jeff Moseley, CJM Production & Nashville Insider

“She may be known as a country artist, but Kelly Lang’s got soul! In Old Soul II, Lang takes the listener on a tour through memory lane while adding her own unique style. The result is an album that’s just plain fun!” – Katherine Page / Talk of Alabama

Kelly Lang’s new album, ‘Old Soul II’ showcases some of the most iconic modern-era pop, rock and R&B songs from the 70s and 80s. Kelly’s smooth, soulful voice adds a whole new dimension to these songs making them completely new again. If there was ever an American songstress, it can only be Kelly Lang.” – Ward Bond, host of The Dr. Ward Bond Show

“When Kelly Lang sings it’s as if you are her best friend and she’s telling you her heart’s desires. Kelly’s gift is genuine kindness and each stanza brings that warmth.” – Donna Drake, The Donna Drake Show / CBS New York

Nationally acclaimed singer, songwriter, author, speaker, and producer, Kelly Lang sets the stage and starts the show with the release of her highly anticipated album, Old Soul II. Surviving the test of time, Lang’s approach on these thirteen popular classic hits of the 70s and 80s turns back the hand of time to uncover the feel-good intent of days gone by. This collection of hits contains songs from music’s greatest era including “Midnight Train To Georgia,” “Careless Whisper,” “Every Time You Go Away,” and a special dance version of “Missing You.” The music video for “What’s Love Got To Do With It,” was recently premiered by Taste Of Country. Old Soul II is available to download and stream on all digital platforms.

To view Lang’s premiere with Taste of Country, visit HERE.

“I released OLD SOUL in 2020 and was so pleased with how well it was received,” shares Lang. “There were so many more songs I wanted to record for that project that we decided to do a second installment with OLD SOUL II. I want it on record that I am not trying to do the impossible and improve on the originals, I’m just hoping that a new generation may hear my take on these songs and inspire them to go back in music history and find the originals. Being that we are releasing this on Veteran’s Day, I would like to thank every veteran who has risked everything to protect us all. There are no words worthy of our appreciation to you and your families. God Bless you all.”

Lang recently released her latest single, “What’s Love Got To Do With It” along with a new music video that was premiered exclusively by Taste of Country, and is included on Old Soul II, Originally released by Rock & Roll Hall of Fame member, Tina Turner, “What’s Love Got To Do With It” catapulted Turner’s career into superstardom, proving to the world that sex appeal, style, and attitude doesn’t stop at the age of 40. Lang’s vocals embrace every word with ease, offering a modern flare while remaining true to the original sound of the hit song.

The beauty of Old Soul II can be heard as Lang transcends time by using the magic of each song to trigger time periods in everyone’s life that were impacted by each original hit. The new album gives fans the opportunity to relive the magic that was first felt when listening to the original singles. Old Soul II features thirteen covers of critically acclaimed songs and highlights Lang’s love and appreciation for the timeless classics. The album is sponsored by Springer Mountain Farms Chicken.

To view Lang’s premiere of “Take My Breath Away” with Taste of Country, visit HERE.

To view Lang’s premiere of “Midnight Train To Georgia” with Fox News Digital, visit HERE.
Old Soul II Track Listing:
I’ve Been Waiting For A Boy Like You
Dreams
Every Time You Go Away
Missing You
If You Don’t Know Me By Now
Do Ya Think I’m Sexy
What’s Love Got To Do With It
Midnight Train To Georgia
You’re So Vain
Against All Odds
Careless Whisper
Take My Breath Away
Missing You – Extended Dance Mix

Lang’s new autobiography titled “I’m Not Going Anywhere,” features the foreword by Olivia Newton-John, and highlights her journey as a 17-year breast cancer survivor, along with her healing experience and the unfolding of her love story with her husband, country music legend T.G. Sheppard. The book is titled after her song, “I’m Not Going Anywhere,” which has been seen and heard across the United States as part of Ascension Hospital’s “Your Care Is Our Calling” national campaign, honoring caregivers and the patients they serve. The autobiography can be purchased on Amazon.com and is now available in hardcover due to popular demand. Fans can receive autographed copies at KellyLang.net.

About Kelly Lang:
Kelly Lang is a prolific singer/songwriter and producer from Oklahoma City, Oklahoma, who has called Hendersonville, Tennessee home since moving there as a child. Growing up in country music, her father, Velton Lang, was the longtime road manager for superstar Conway Twitty. Being around great legends in the music business gave Kelly the burning desire to pursue her own personal music career. As a songwriter, Lang has had a stellar career with her songs being recorded by artists such as Ricky Skaggs, Lorrie Morgan, The Oak Ridge Boys, Crystal Gayle, George Jones, B.J. Thomas, Jimmy Fortune, Jerry Lee Lewis, TG Sheppard, and Johnny Lee, just to name a few. She has also performed/recorded duets with iconic artists, Sir Barry Gibb, Dame Olivia Newton-John, Paul Shaffer, and Lee Greenwood.

As an artist, Lang has released several albums including ‘11:11,’ ‘Shades of K,’ ‘Throwback,’ ‘Obsession’, and ‘Iconic Duets’ with her husband, TG Sheppard. In the spring of 2020, Lang re-released her classic children’s album ‘Lullaby Country,’ which was originally sold at Cracker Barrel. Also in 2020, Lang released a collection of classic hits that she produced called Old Soul. As part of a national campaign, her voice and writing skills can be heard on television with her song “I’m Not Going Anywhere” throughout the United States as the official anthem for the Ascension Hospital commercial. In 2021, she released her autography also titled I’m Not Going Anywhere. Lang’s new album, ‘Old Soul II,’ the latest installment of vintage hits is available now.