Fans Can Purchase Tickets to the Holiday Event at ChristmasAtGaylordOpryland.com

GRAMMY® Award-winning and Country Music Hall of Fame members, The Oak Ridge Boys are celebrating the 40th anniversary of their hit song “Thank God For Kids,” which was released in November 1982. Written by Eddy Raven and produced by Ron Chancey, The Oak Ridge Boys included the song on their 1982 album, Christmas. The single went on to reach number three on the Hot Country Songs for Billboard and has continued to be a fan favorite throughout the years, being played at nearly every Oak Ridge Boys show since being recorded.

“There are a number of songs in The Oak Ridge Boys’ repertoire that fans insist on hearing,” shares Joe Bonsall. “One of those is obviously “Elvira,” and another one is “Thank God For Kids.” It is hard to imagine a set list without It. Eddy Raven wrote it and William Lee Golden’s heartfelt rendition always makes for a special moment!”

The Oak Ridge Boys continue their Christmas concerts this year at Gaylord Opryland Resort to celebrate the holiday season at home with their 32-show residency as part of the resort’s 39th annual ‘A Country Christmas’ event. The Oaks’ ‘Christmas in Tennessee’ Dinner Show runs through December 25, 2022, and features a delicious holiday meal prepared by the resort’s culinary team followed by the Oaks and their band performing Christmas classics, new favorites, and many of the timeless hits that have shaped their legendary career. This year’s residency is sponsored by AARP Tennessee. For more information on ‘Christmas in Tennessee’, visit www.ChristmasAtGaylordOpryland.com.

“It is such an honor to have our Christmas show back at Gaylord Opryland in 2022 for the THIRD year in a row,” Bonsall continued. “Nobody does Christmas like Gaylord Opryland, and our dinner shows have become a part of their tradition over the last few years! Our show is much different than last year, but Santa promised to be there every night and he never disappoints. We hope you will plan to join The Oak Ridge Boys over the holidays this year for a gourmet dinner and a show that has been honed over decades of Christmas tours.”

The group— Duane Allen, Joe Bonsall, William Lee Golden, and Richard Sterban—are best known for their iconic and multi-platinum hit “Elvira,” along with “Thank God For Kids” and other chart-toppers like “Bobbie Sue,” “Y’All Come Back Saloon,” and “American Made.” The Oak Ridge Boys have achieved a decorated career, winning five GRAMMY® Awards, and multiple CMA, ACM, and Dove Awards for their crossover brand of pop, country, and gospel music that spans multiple generations. The Oak Ridge Boys became members of the Grand Ole Opry in 2011 and achieved arguably country music’s highest honor in October 2015 when they were inducted into the Country Music Hall Of Fame. 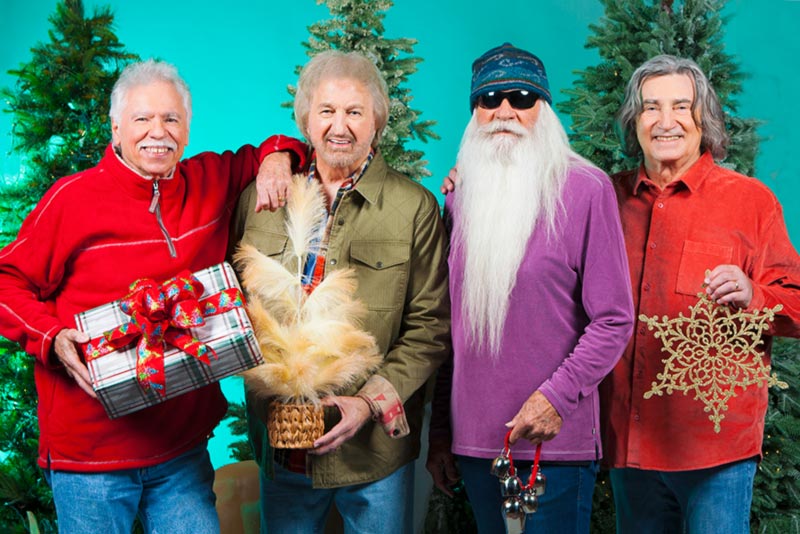 About The Oak Ridge Boys:
The Oak Ridge Boys have sold over 41 million units worldwide and are synonymous with “America, apple pie, baseball, and country music.” In addition to their awards and accolades in the country music field, the Oaks have garnered five GRAMMY® Awards, nine GMA DOVE Awards, and two American Music Awards. The group— Duane Allen, Joe Bonsall, William Lee Golden, and Richard Sterban, members of the prestigious Country Music Hall of Fame (2015 Inductees) and the Grand Ole Opry (since 2011)—is known worldwide as one of recording history’s most extraordinary musical successes. They have charted single after single and album after album—gold, platinum and double-platinum, and more than 30 Top 10 hits, including No. 1 chart-toppers “Elvira,” “Bobbie Sue,” “American Made,” and “Y’All Come Back Saloon,” among dozens more. For more information and to view upcoming tour dates for The Oak Ridge Boys, please visit oakridgeboys.com.