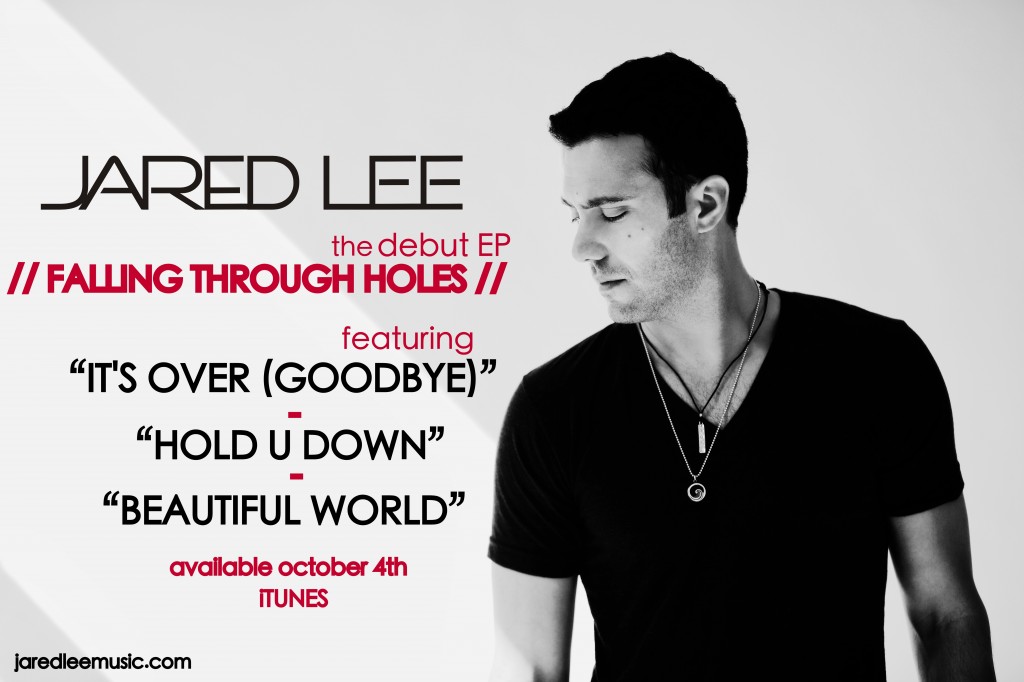 Ever since Judy and I interviewed Jared Lee I have been anxiously awaiting the cd release so we could check it out. Jared was so easy-going and nice that it was kinda like talking to an old friend. His new EP is called “Falling Through Holes” and it’s a diverse collection of songs that I think most people will enjoy. I sure did. Anyone that knows me also knows that Ilisten to some pretty heavy music. But I also have an appreciation for all genres of music and this CD has songs that I consider very personal. I don’t want to get all emotional but I must say that that the songs Beautiful World (track 3) and What It Beats For (track 6) somehow describe EXACTLY how I feel about my beautiful wife of 20 years Judy. It’s not that often that songs hit me the way these two did. The song Beautiful World it could easily be “our” song and I could see Judy and I lighting a few candles, dimming the lights, and enjoying a slow romantic dance to these songs. Right babe?

OK now for the rest of the CD. When I listended to it I thought that some of the songs could have different meanings to different people. These are refreshing songs about life, love, real stuff. The title track Falling Through Holes has a nice tempo/beat and tells a real life story. I really like the guitar work at the end of the song too. Also popular It’s Over (Goodbye) was featured as a background song on American Idol along with Beautiful World. The song Hold U Down showcases Jareds vocal range and powerful voice and is also very popular. Pop song Out of Breath also has a nice flow and I feel any of the songs on this CD could be “hits”. With his talent and powerful voice watch for Jared to have a streak of popular and successful CDs.So this metalhead likes Falling Through Holes and recommends that you listen to it and find out which songs are personal to you.

Oh, and Jared remember next time your in Vegas we gotta go into the mosh pit together and cross that off your bucket list.

Click Here to view our interview with Jared Lee.

About Jared Lee: After a wild ride filled with a variety of unique and stirring experiences recording in studios all over the world, BMG Chrysalis Music singer/songwriter Jared Lee is ready to unveil his debut EP “Falling Through Holes”, on October 4th, 2011which was helmed by multi-platinum producer Mike K (Nelly Furtado, Natasha Bedingfield).

The infectious lead single, “It’s Over (Goodbye) along with the emotionally charged “Beautiful World”, were recently featured in back to back episodes of American Idol Season 10, introducing Jared’s undeniable talents to a legion of new fans.

Further, Clear Channel Radio, a global media and entertainment powerhouse, selected Jared as an “Artist To Watch – Pop” on over 71 US Top40 radio websites in January 2011, while “It’s Over (Goodbye)” simultaneously impacts Top40 and Hot AC station playlists.

Jared’s 1st radio single “It’s Over (Goodbye) Debuted at #40 on “Adult Pop” BDS Chart August 29, 2011 and is getting spins on over 20 key HAC stations all over the country

No stranger to the stage, Jared Lee’s continues to headline venues and college campuses all over California and neighboring states with his dynamic live show and open for artists such as TRAIN, Brian Mcknight, Secondhand Serenade and many more.

As the buzz continues to build on this rising star, expect to hear a lot more about this newcomer in 2011 and beyond. To keep up with the latest news, release info, tour dates, videos, and everything else in the world of Jared Lee, visit www.jaredleemusic.com, like him on www.facebook.com/jaredleemusic and follow him at www.twitter.com/jaredleemusic.