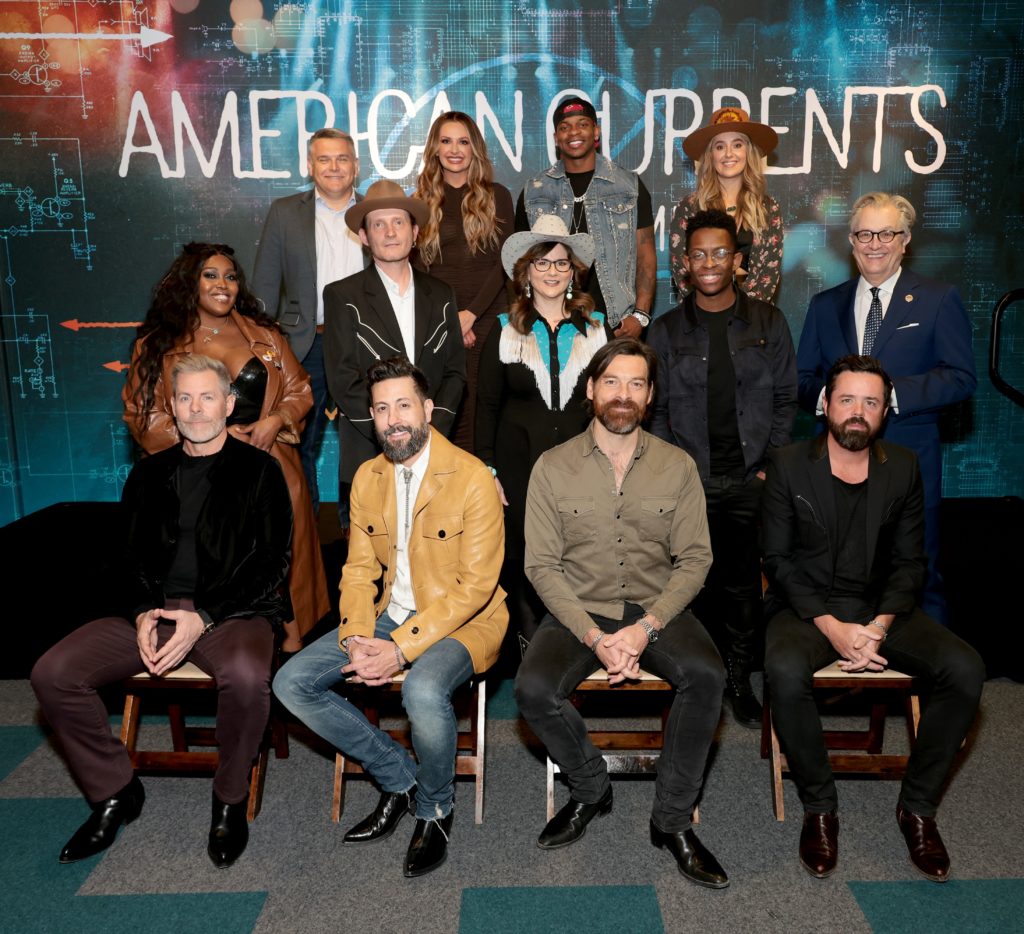 COUNTRY MUSIC HALL OF FAME® AND MUSEUM CELEBRATES LATEST INSTALLMENT OF ITS EXHIBITION
AMERICAN CURRENTS: STATE OF THE MUSIC

This evening, the Country Music Hall of Fame® and Museum celebrated the opening of its newest exhibition American Currents: State of the Music. Presented annually, American Currents employs the museum’s broad interpretation of the genre to explore notable music, artist achievements and events from the past year, as determined by the museum’s curators. The exhibit runs through Feb. 4, 2023.

A portion of the exhibit titled “Unbroken Circle” highlights artists and their musical connections, including those who have influenced them or share musical perspectives. Featured pairings include BRELAND and Keith Urban, Thomm Jutz and Tom T. Hall, Brittney Spencer and Reba McEntire, and Lainey Wilson and Lee Ann Womack.

American Currents also includes a video compilation of important country music moments from 2021. In addition, the exhibit recaps the year’s chart-topping country albums, singles and highest-grossing tours as reported by Billboard and Pollstar.

About the Country Music Hall of Fame and Museum:
The Country Music Hall of Fame® and Museum collects, preserves and interprets country music and its history for the education and entertainment of diverse audiences. In exhibits, publications and educational programs, the museum explores the cultural importance and enduring beauty of the art form. The museum is operated by the Country Music Foundation, a not-for-profit 501(c)(3) educational organization chartered by the state of Tennessee in 1964. The museum is accredited by the American Alliance of Museums, and is among the 10 most-visited history museums in the U.S. The Country Music Foundation operates Historic RCA Studio B®, Hatch Show Print® poster shop, CMF Records, the Frist Library and Archive and CMF Press. Museum programs are supported in part by Metropolitan Nashville Arts Commission and Tennessee Arts Commission.

More information about the Country Music Hall of Fame® and Museum is available at www.countrymusichalloffame.org or by calling (615) 416-2001.