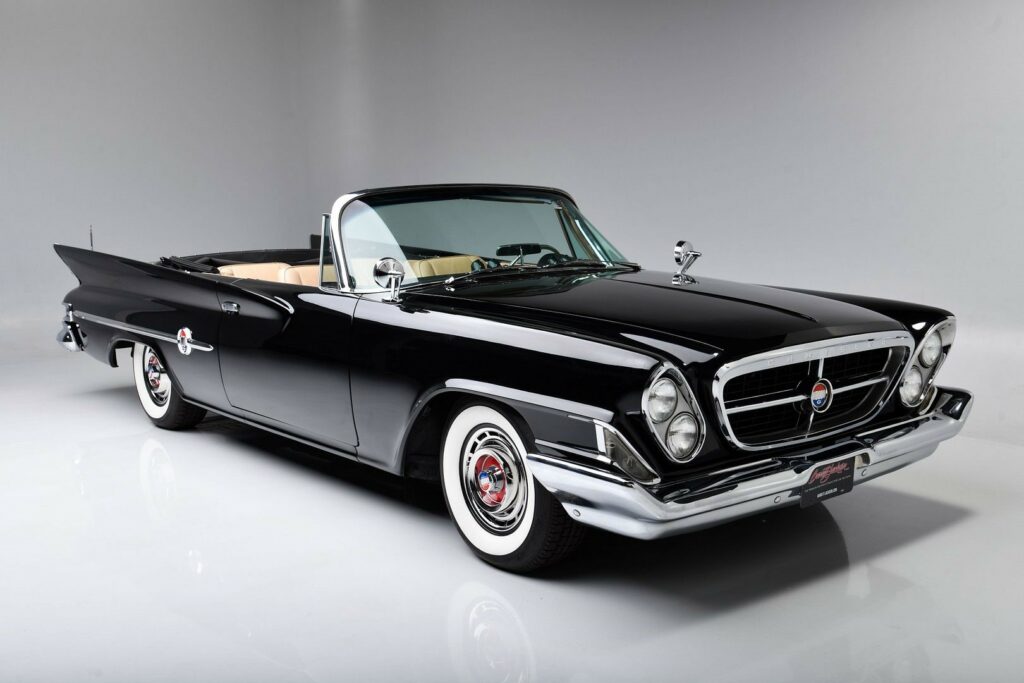 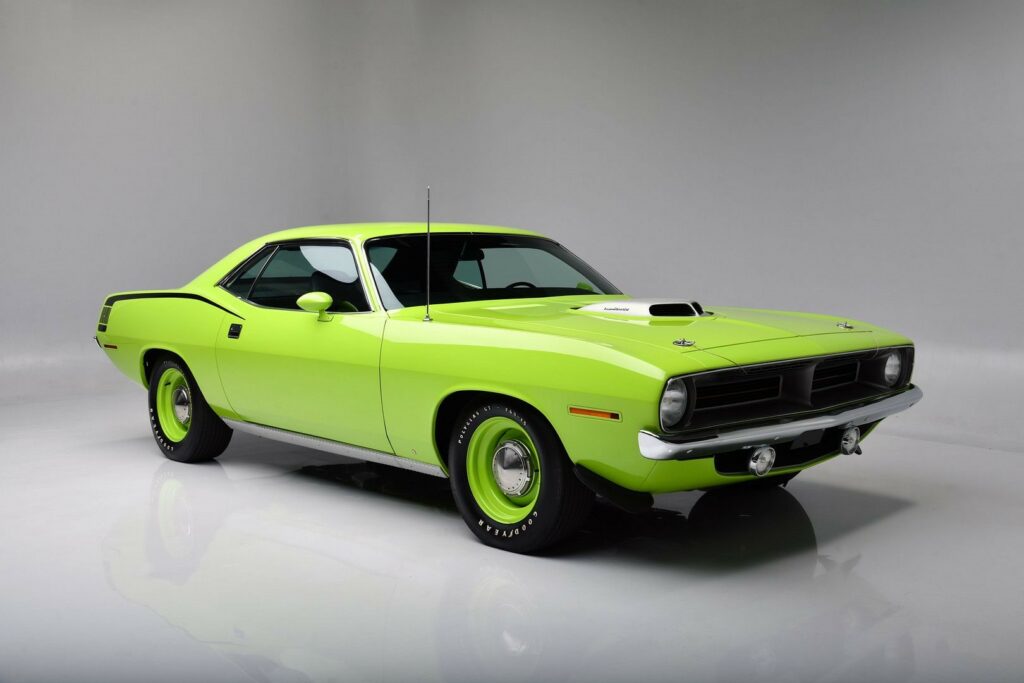 “Classic American vehicles from the golden era of muscle cars remain extremely popular among collectors,” said Craig Jackson, chairman and CEO of Barrett-Jackson. “The Lindley Collection includes some incredible examples that Chrysler and Ford built during that period. As a collector of cars like these, I have a great appreciation for the vehicles offered in this collection and I know they will be some of the most popular among our bidders in Las Vegas.” 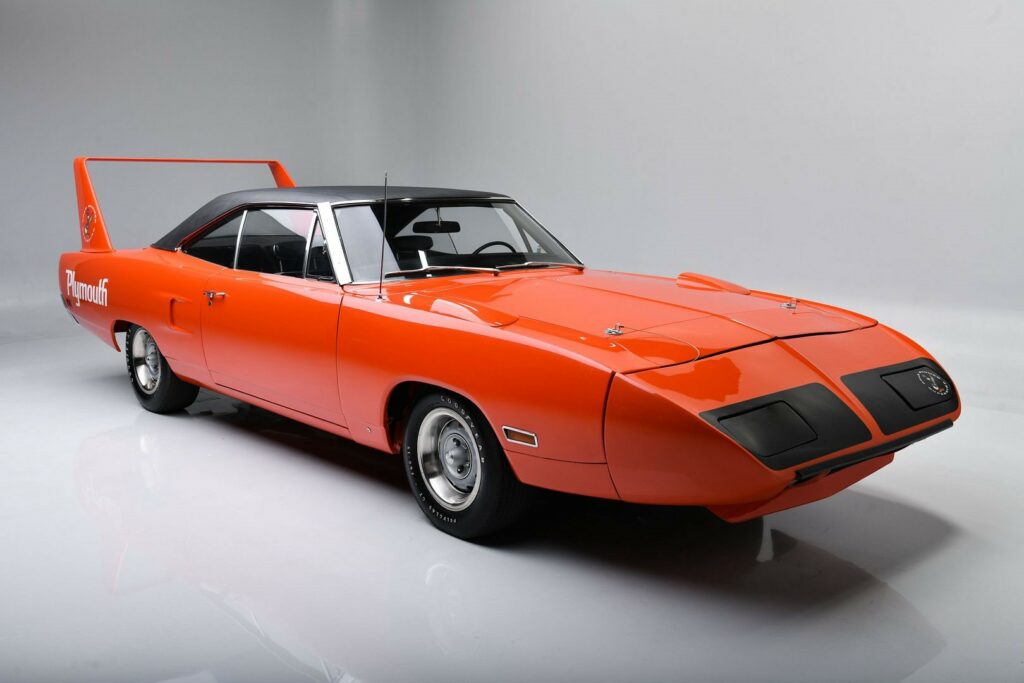 Finished in special High Impact EV2 TorRed, this 1970 Plymouth HEMI Superbird (Lot #734) is one of just 135 HEMIs produced and number 997 of the 1970 NASCAR wing car homologation program. The Superbird features its original, matching-numbers 426ci HEMI V8 mated to a TorqueFlite 727 automatic transmission. Highlighted by its matching-numbers body, engine and transmission, the 1970 Plymouth HEMI ’Cuda (Lot #734.1) is finished in its original High Impact FJ5 Limelight Green and features a Shaker hood with an added “Hockey Stick” stripe. Both of these exceptional vehicles include a Wise Vehicle Report and have been recorded in the MMC Detroit Global Vehicle Registry.

Also from the Chrysler family of collector cars offered in the Lindley Collection is a 1961 Chrysler 300G convertible (Lot #771) and a 1970 Dodge Challenger T/A (Lot #771.1). Dubbed “America’s Grand Touring Automobile,” the 300G is powered by its 413/375hp V8 engine and is loaded with power features such as power steering, power top, power windows and amenities including a console tachometer. Documented by the 300 Registry, it is one of only 337 built and one of only 124 known to exist today.

Powered by its matching-numbers 6-barrel 340/390hp V8 engine and 4-speed close-ratio manual transmission, the 1970 Challenger T/A was part of a single production year for the Trans Am model to meet homologation requirements. Differing from the regular Challenger in many ways, the T/A’s hood was made of lightweight fiberglass and featured a functioning hood scoop. Also, unlike the regular Challenger, this model had front “eyebrow” spoilers and a rear “duck tail,” and the exhaust exited the sides near the back wheels.

“The condition of the classic muscle cars in the Lindley Collection is truly remarkable,” said Steve Davis, president of Barrett-Jackson. “Not only do they reflect the dedication by American car builders to build a better car than the competition, these specific examples are also well-preserved and have been meticulously maintained. Taking any one of these home from our Las Vegas Auction would be a great way to celebrate our nation’s Independence Day.”

Ford models from the Lindley Collection include the 1970 Mustang Boss 302 (Lot #770) that received a professional restoration and is one of only 156 from the model year that is finished in its original Calypso Coral with black interior. It also features the original Shaker hood scoop, which was included on only 51 of the 1970 model year builds and is powered by its original matching-numbers Boss 302ci V8 engine mated to its factory-optioned original close-ration 4-speed manual transmission with a Hurst shifter. Also from Ford is the 1970 Grabber Orange Mustang Mach 1 (Lot #770.1). It underwent a frame-off restoration and features its original matching-numbers 428 Cobra Jet engine and 4-speed manual transmission. It features the original Window Sticker as well as the factory-installed white hood stripe, and the consignor states it has only 100 miles since the restoration’s completion.

Collector car enthusiasts interested in registering to bid for Barrett-Jackson’s 2022 Las Vegas Auction may do so here. Those interested in being a part of the auction may consign their collector vehicle here.