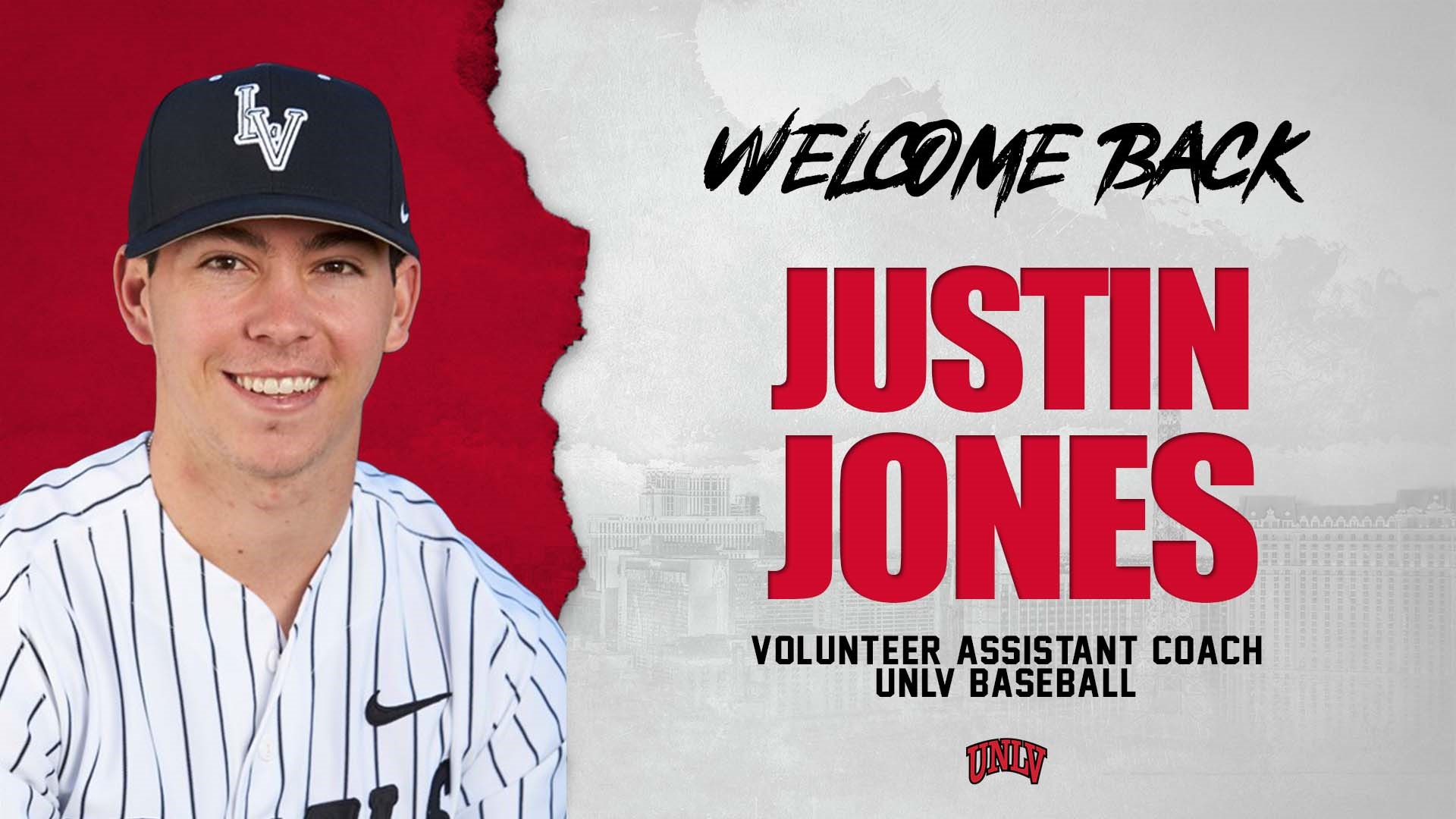 UNLV baseball head coach Stan Stolte welcomed back a familiar face to round out his coaching staff as Justin Jones has been hired as the volunteer assistant coach.

“Justin was one of the best players at UNLV,” Stolte said. “We are super excited to have him back in the program. The team is going to love the passion and enthusiasm that he brings on the daily. Can’t wait to get going!”

Jones returns to UNLV after spending the 2021-22 season as an assistant coach for Bishop Gorman High School’s varsity baseball team. During his time there, he helped the team finish first in the 5A South – Mountain League, with a 13-1 record, and second in Nevada with an overall record of 35-7.

As a Rebel, Justin helped lead the Hustlin’ Rebels to the NCAA Tournament in 2014 after winning the Mountain West Regular-Season Championship title. The second baseman was selected to the MW All-Conference team in both 2014 and 2017, as well as named to the MW Academic All-Conference team in 2013. The local product from Henderson, Nevada, started in a total of 176 games, played in a total of 179, registered 194 hits with a .286 batting average and had 60 of his hits go for extra bases with 34 doubles, nine triples and 17 home runs. Jones accumulated a total of 95 runs, 115 RBIs, walked 66 times, ended with a .437 slugging percentage and a .954 fielding average, with 260 putouts, 494 assists and 36 total errors.

Following the conclusion of his collegiate career, Justin was drafted in the 34th round of the 2017 MLB Draft by the Oakland A’s. He spent the 2017-18 season playing for the AZL Rookie League, where he had 16 hits, 11 RBI, 10 runs, three home runs, one stolen base and a .216 batting average.

Prior to attending UNLV, Jones attended Bishop Gorman High School in Las Vegas where he lettered all four years and helped the Gaels become Nevada High School Baseball State Champions for four consecutive years from 2009-2012. Justin graduated from UNLV in 2017 with a Bachelor of Arts in Public Administration.