JANIE FRICKE ANNOUNCES TOUR DATES IN SUPPORT OF HER 40TH ANNIVERSARY AS A CMA FEMALE VOCALIST OF THE YEAR AWARD WINNER AND HER #1 HITS “IT AIN’T EASY BEING EASY” AND “DON’T WORRY ‘BOUT ME BABY” – ALL IN 1982! 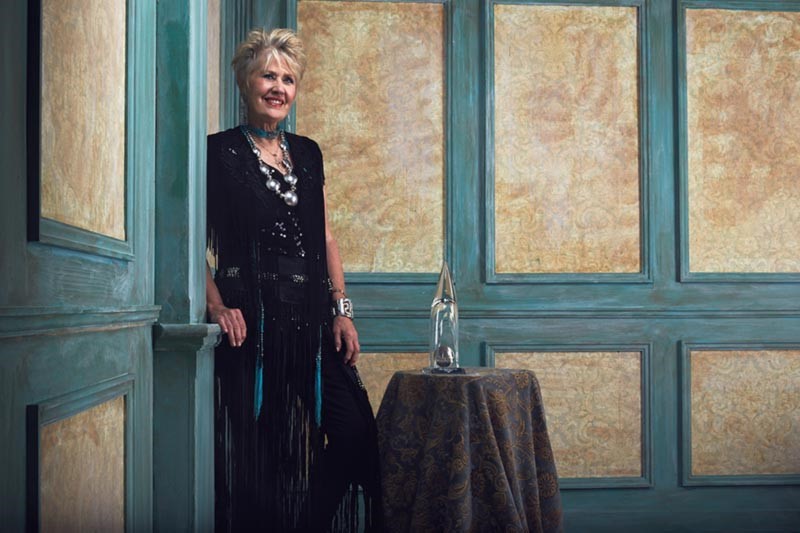 Fricke Sang On Elvis’ Last Studio Album, Recorded Jingles, And Even Played A Bank Robber on The Dukes Of Hazzard Series

Raised on a farm in Indiana, Janie Fricke began singing in church and later turned that talent into a career that began as one of the marketing industry’s most successful jingle singers. Long before her success as a country artist, millions of people became familiar with Fricke’s voice through ads for United Airlines, Coca-Cola, 7-Up, McDonald’s, and Red Lobster. She soon became a session singer where she was singing background in the studio with some of the biggest country stars of the late 70s and early ’80s, including Loretta Lynn, Eddie Rabbitt, Crystal Gayle, Ronnie Milsap, Barbara Mandrell, and Mel Tillis.

After a string of duets with such greats as Merle Haggard and Moe Bandy, Fricke landed a solo recording contract in the early ’80s and scored several hit singles, including “Don’t Worry ‘Bout Me Baby,” “He’s a Heartache” and “You’re Heart’s Not In It.” She won CMA’s coveted “Female Vocalist of the Year” in 1982 and ’83 and has been nominated for three Grammy Awards. She has been credited with over 1,600 album projects and scored 36 hit singles.

The 80s were also a time when country stars made special appearances on television programs and Fricke was no exception. Janie Fricke practically gave birth to The Dukes of Hazzard’s General Lee during an 8-year flashback show (in which, Fricke played Ginny, a bank robber) she along with her sidekick robbed a bank and, in an effort, to get away crashed their 1969 Dodge Charger (it was black at the time). That vehicle was hauled off to the junkyard where the ‘Duke Boys’ discovered it and with the help of Crazy Cooter Davenport got it fixed up, painted orange, and ready for Boss Hogg’s Hazzard County Race. It then officially became the General Lee!

In recent years, Sony Music Entertainment made four of Fricke’s classic albums available to fans on Spotify, Apple Music, YouTube, and other digital platforms via the Legacy Digital Vault campaign, including The First Word In Memory, The Very Best of Janie Fricke, Black & White and Saddle in the Wind! The collection of albums features the 18-time chart-topper’s biggest hits, including “It Ain’t Easy Being Easy,” “Tell Me a Lie,” “She’s Single Again” and more. Legacy Recordings also released The Essential JANIE FRICKE to all digital service providers.

About Janie Fricke:
A two-time CMA & ACM Female Vocalist of the Year, Fricke has hit the #1 spot on the Country charts an astounding 18 times. She was named Billboard Magazine Top Female Vocalist, was the First Female Voice on the Moon, and was named the UK’s Country Music Round Up’s Most Popular International Female Solo Act. Her music has reached Gold and Platinum sales status worldwide, and the talented and personable Indiana native has recorded numerous jingles for Coca-Cola, Pizza Hut, and United Airlines. Janie has released 25 albums and 36 hit singles, and she remains one of the most beloved entertainers in the Country field. For more information, go to www.janiefricke.com