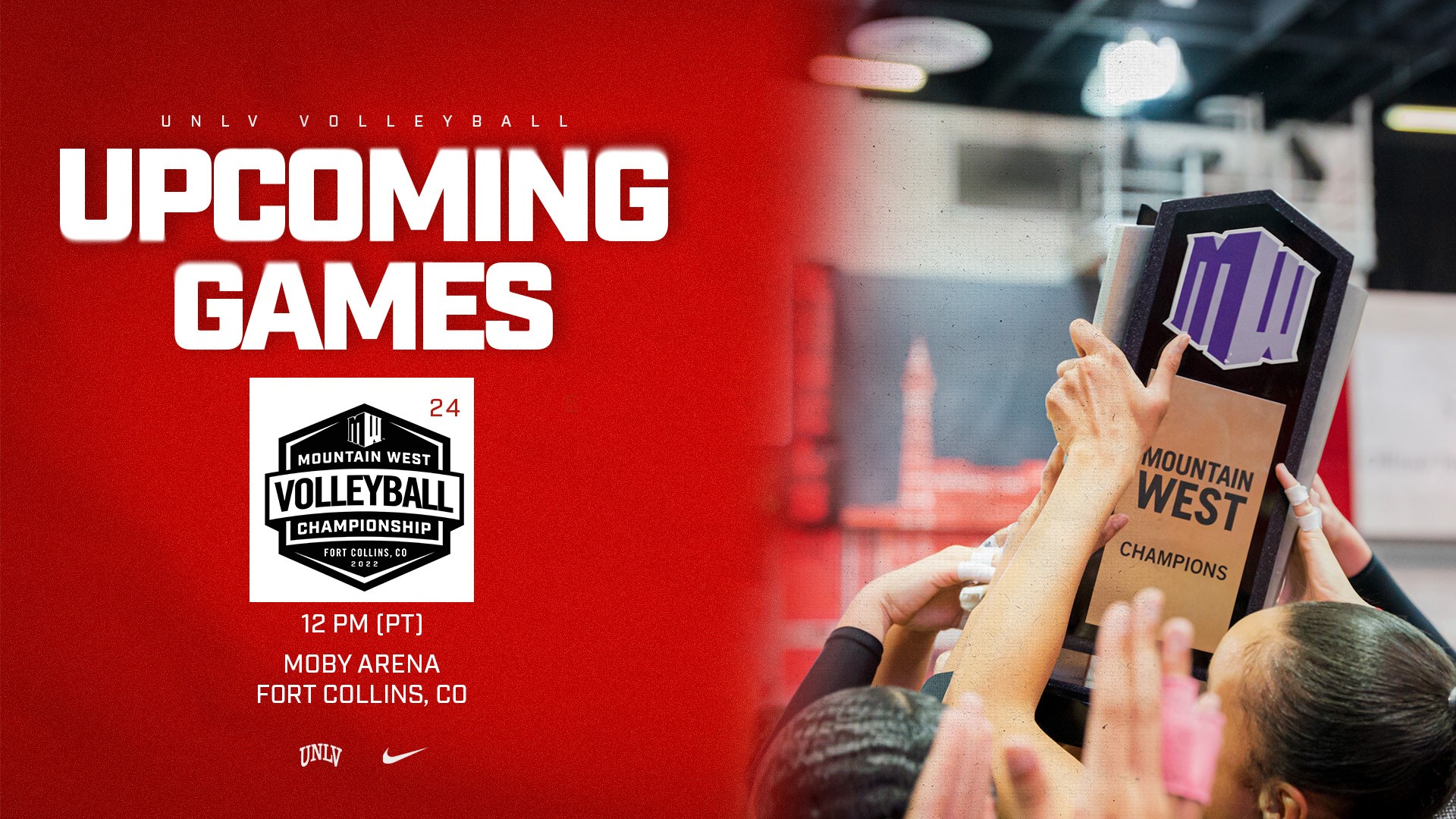 The Rebels earned a bye for the first round and will go directly into the semifinals to play the winner between no. 4 Utah State and no. 5 New Mexico, Thursday afternoon at 12 p.m. (PT).

TOURNAMENT CENTRAL
The first two matches are set to be played Wednesday, the first match beginning at 12 p.m. (PT) with no. 4 Utah State and no. 5 New Mexico, followed by a match against no. 3 Colorado State and no. 6 San Diego State at 3 p.m. (PT).

The winner of the second first round match will go on to play against no. 2 San Jose State Thursday at 3 p.m. (PT).

The championship match will be held Friday evening at 5:30 p.m. (PT) against the winners of the first and second semifinal matches.

OTHER NEWS & NOTES
– Dating back to 2019, UNLV has gone 83-15 in its last 98 matches. The Rebels have won 26 of 29 matches this season and 52 of its last 61.
– UNLV returned eight letterwinners this season. Also returning to the squad from last season were Gabrielle Arretche-Ramos, Arien Fafard, Jordyn Freeman, Chloe Thomas, Isha Knight, Keyana Cruse, Dakota Quinlan, Livvy Setla, Isabel Martin and Thea Sweder. There are eight newcomers, which include three freshmen, a trio of transfers and a pair of graduate transfers.
– UNLV is led by fifth-year head coach Dawn Sullivan, who looks to guide her squad to the postseason for the fifth straight season.
– Junior Arien Fafard had her 1,000th career assist during the opening weekend of the Rebels’ 2022 campaign at UNT.
– The Rebels defeated No. 19 Kansas on September 10, 2022, making that the second win over a ranked team since 2016. The first being then No. 25 Washington State during the fall 2021 season at the Rebel Challenge (Sept. 4, 2021).
– Head Coach Dawn Sullivan notched 100 wins during the match against then MW leaders San Jose State, 3-1.
– UNLV was the first MW program to clinch a spot in the MW Tournament held November 23-25 in Fort Collins, Colorado.
– Jhenna Gabriel recorded her 1,000th assist for the season during the Fresno State match (Nov. 12).
– UNLV earned at least a share of the MW Regular Season title after sweeping Fresno State (Nov. 12).