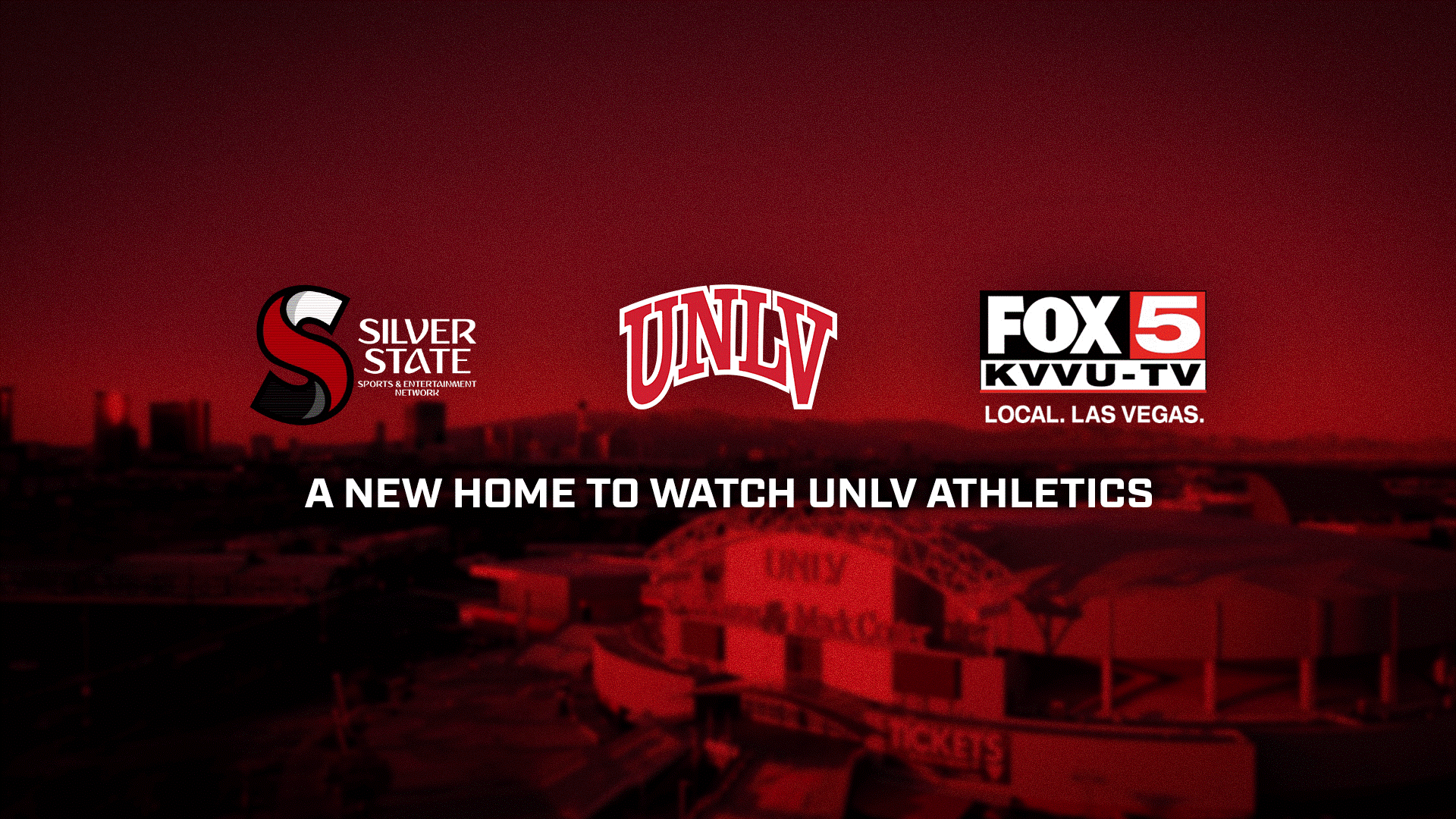 UNLV Athletics will have a new home on television as FOX5 has launched the new Silver State Sports & Entertainment Network (SSSEN), the athletics department, Learfield and KVVU FOX5 announced Wednesday.

More than 100 Rebel contests across multiple sports programs over the course of the 2022-23 athletics seasons are being scheduled to be televised on the network, which is available over the air in Las Vegas on broadcast channel 5.2 as well as Cox channel 125 on cable. The selected telecasts that will be carried on SSSEN will be Mountain West Network broadcasts, originating from UNLV.

“We are extremely excited about the opportunities that this new outlet provides, showcasing all of our athletics programs, student-athletes and coaches on television,” UNLV Director of Athletics Erick Harper said. “Thank you to KVVU FOX5 Vice President and General Manager Michael Korr and UNLV Sports Properties/Learfield General Manager Dan Dolby for working to make this a reality.”

SSSEN is dedicated to local sports and action-packed content and this partnership is the first of its kind between UNLV and a local station.

“SSSEN continues what we at FOX5 have started, a commitment to deliver live, local Las Vegas content to our community,” Korr said. “Now with the addition of the Silver State Sports & Entertainment Network, we can expand our coverage on a platform dedicated to what this city loves, sports.”

The partnership will further put a spotlight on UNLV Athletics, expanding the accessibility of its sports programs that have not traditionally received exposure on broadcast television.

“UNLV Athletics is now able to expand its reach in the Las Vegas area, promoting our teams, athletes and their amazing accomplishments throughout the seasons,” Dolby said.