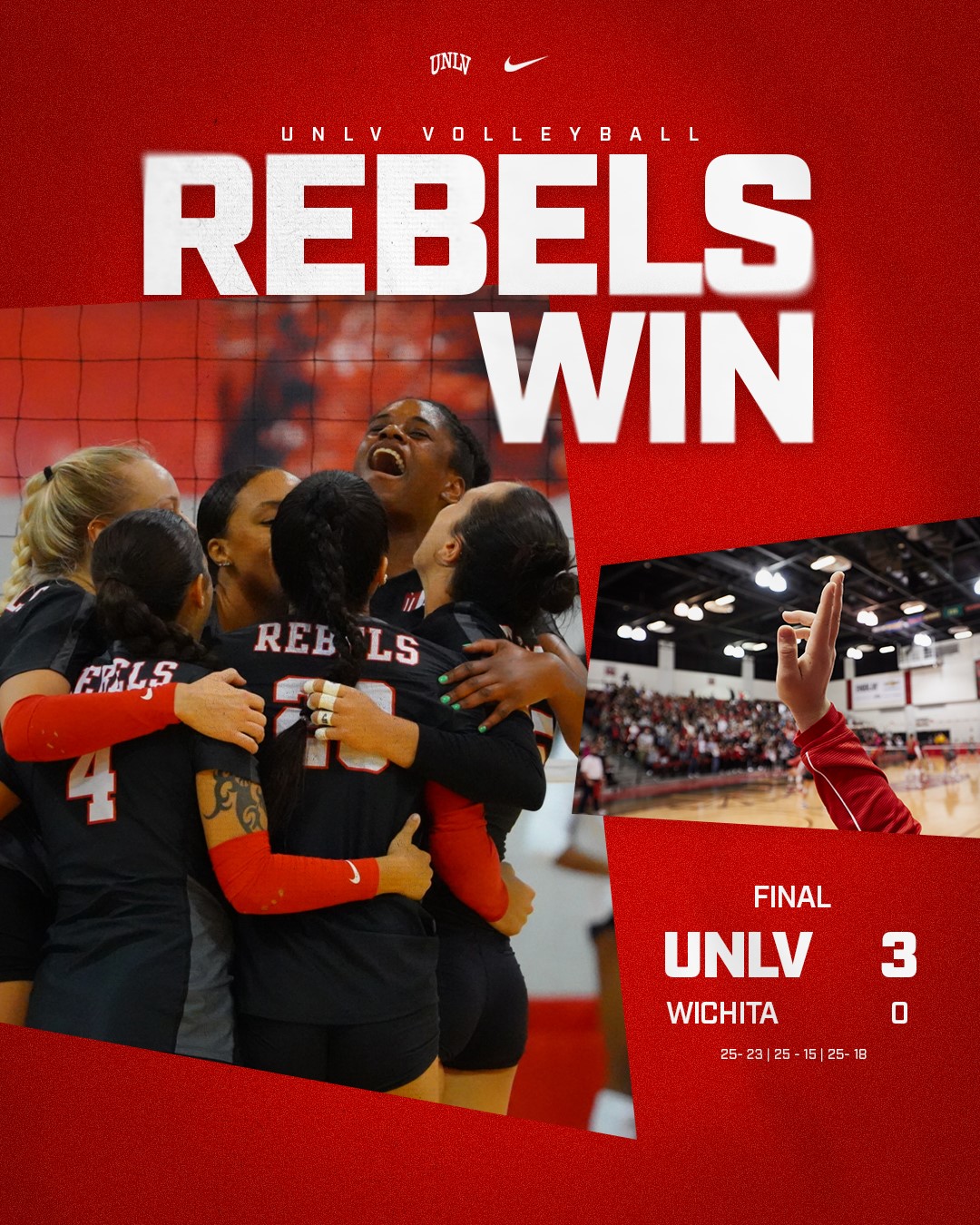 The UNLV volleyball team (6-1) dominated Wichita State (3-3) in three sets Thursday morning during game one of the Kansas Invitational. The two-day tournament is being held at the Horejsi Family Volleyball Arena.

The hitting contest went to UNLV as it out hit the Shockers .305 to .185. Sophomore Dakota Quinlan’s team-best .467 hitting percentage and junior Jordyn Freeman’s .444 hitting percentage made the Rebel duo the squad’s leaders in attack efficiency.

UP NEXT: The Rebels will close out the Kansas Invitational with the final match against no. 19 Kansas, set for Friday evening at 4:30 p.m (PT).

TUNE IN, WATCH & LISTEN
Fans can follow this weekend’s Kansas Invitational through live stats and social media. Only Friday night’s contest against Kansas will be available to live stream through ESPN+. Links to video and stats can be found online at UNLVRebels.com in the “schedule” section of the volleyball page, as well as on the team’s official social media channels: @UNLVvball (Twitter and Instagram) and @UNLVRebelVolleyball (Facebook).