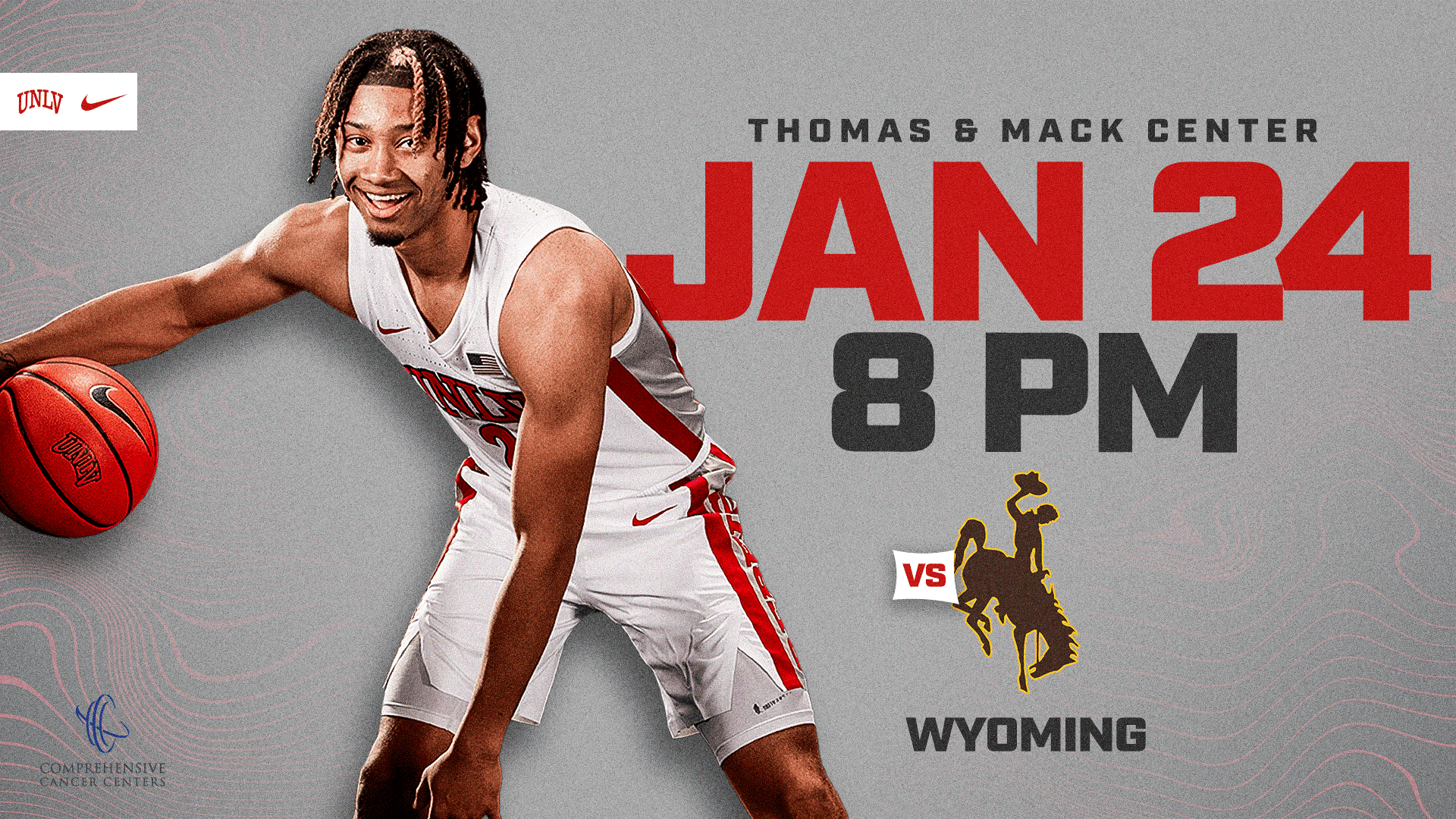 It will be Cancer Awareness Night, with the game presented by Comprehensive Cancer Center of Nevada. It will also be $2 Beer Night, with draft Miller Lite available for $2 at select concessions stands through halftime. Runnin’ Rebel Fest, presented by Toyota, will take place at Tark Plaza beginning two hours before tipoff.

LAST TIME OUT: In its last outing, UNLV suffered its fourth-straight loss as it fell at Fresno State on Saturday (76-63). EJ Harkless led the Runnin’ Rebels with 15 points, seven rebounds, four assists and two steals, while Keshon Gilbert scored 11 points and Keyshawn Hall added 10 points with five rebounds. Elijah Parquet returned from injury to play in his first game since Dec. 10 (a span of eight games missed).

ABOUT THE OPPONENT: Wyoming had lost eight straight games, including an 0-6 start in MW play, before beating Colorado State at home on Saturday (58-57). The Cowboys are led in scoring by Noah Reynolds (15.1 ppg) and Hunter Maldonado (13.0 ppg). Hunter Thompson is the team’s rebounding leader at 5.3 rpg, while Maldonado leads the team in assists at 3.4 apg and steals with 1.4 spg. Wyoming is 0-3 this season in true road games. Last season, the Cowboys were 25-9 overall and finished fourth in the MW with a 13-5 league mark. The Cowboys received a bid to the NCAA Tournament, falling to Indiana in the First Four (66-58). This season’s team was picked to finish second out of 11 in the MW’s preseason poll with Graham Ike being selected as the Preseason Player of the Year and Ike and Maldonado both being named to the Preseason All-Conference Team. Ike has been injured all season. Wyoming’s 15-man roster includes 10 upperclassmen. The Cowboys are coached by Jeff Linder, who is in his third season at the school with a record of 45-33 (.577) and his seventh season overall as a collegiate head coach with a career mark of 125-83 (.601).

BROADCAST INFO: Tuesday’s game will be televised on CBS Sports Network with Jordan Kent and Avery Johnson calling the action. Jon Sandler, former Runnin’ Rebel Curtis Terry and Steve Cofield (sidelines) will handle the UNLV radio call, which may be heard live on ESPN Radio 1100 in Las Vegas. All streaming links and live stats will be available at UNLVRebels.com and through the UNLV Rebels App.