One UNLV men’s golfer will be awarded the Dwaine Knight scholarship on an annual basis; Former head coach was Director of Golf this past season and will move to new role of Special Assistant to the Director of Athletics 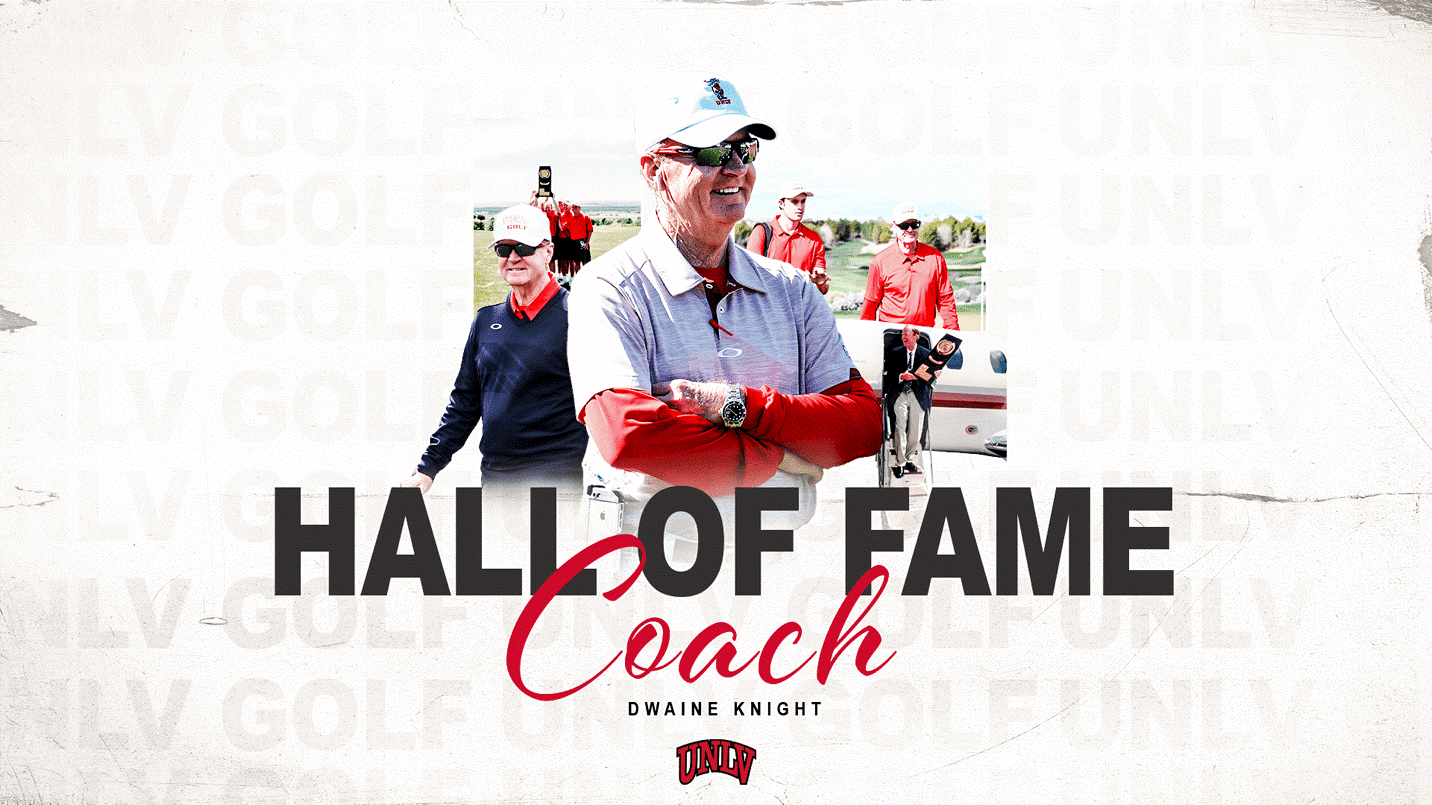 Hall of Fame Coach Dwaine Knight, who spent the 2021-22 season as the UNLV men’s golf program’s Director of Golf, will be honored with a new scholarship in his name, Director of Athletics Erick Harper announced Wednesday.

The scholarship will be awarded to one Rebel men’s golfer on an annual basis.

“Coach Knight is one of the all-time UNLV legends,” Harper said. “The program that he built and the success that it achieved is extraordinary and we continue to celebrate him and his legacy. This scholarship is just one way that we can recognize all that he has done for our university and community. We will continue to honor him and recognize his accomplishments and contributions in various ways throughout this next year and into the future.”

Knight will move into a new role within the athletics department starting July 1, 2022, becoming Special Assistant to the Director of Athletics and will work with the Rebel Golf Foundation, assisting in fundraising efforts.

“It has been extremely special spending more than three decades at UNLV and I am proud that Rebel Golf means so much to so many,” Knight said. “There are so many people that have helped to make the program successful throughout all of these years and I am appreciative of each and every one of them. Thank you to Erick Harper for the opportunity to continue to be a part of UNLV Athletics and I look forward to being involved in its success.”

A two-time National Coach of the Year and 2002 Golf Coaches Association of America Hall of Fame inductee, Knight served as the head coach of the UNLV men’s golf program for 34 seasons. He took it from near-anonymity to one of the premier programs in the nation. In 1998, he guided the team to the NCAA crown in Albuquerque, N.M.

Knight led the Rebels to an unprecedented 22 trips to the national finals and coached them to 11 top-eight finishes. Additionally, he led his team to a NCAA-record 31 straight appearances at the NCAA Regionals from 1988-2019.

Under his tutelage, the Rebels earned their first-ever No. 1 ranking in 1993 and following the 1997-98 season, the team finished No. 1 in the nation in all polls.

A true teacher of the sport, Knight tutored 48 All-Americans at UNLV, a National Player of the Year, a National Freshman of the Year, a U.S. Amateur Champion, three U.S. Public Links Champions, four Walker Cup participants and eight Palmer Cup representatives. Additionally, three former Rebel golfers went on to play for the U.S. in the Ryder Cup.

Since Knight came to UNLV, 12 of his players went on to play on the PGA TOUR, combining for 31 PGA Tour titles, including Adam Scott’s win at the 2013 Masters.