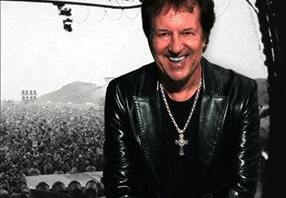 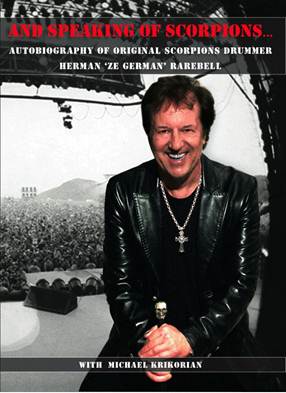 Herman ‘Ze German’ Rarebell was an integral part in the development of what eventually became known as the classic Scorpions sound.  Herman’s input through his imaginative and inspired songwriting was conceivably the key ingredient and missing component that led to the band’s rise to prominence.  “And Speaking of Scorpions” is not only what can be considered the quintessential, definitive history of arguably the greatest band of their era, but also a masterful weaving of some of the most entertaining wit, whimsy and sage wisdom ever shared within the covers of a simple book.  With his endless anecdotes and tales, Herman draws the lines that led to the group’s ascension to the “Mount Olympus of rock music,” while his co-writer Michael clearly lends his assistance to color them in.

MORE: Guests who visit The Hard Rock Store during Herman’s book signing may purchase the book for $24.95.  For the latest news on Herman, visit his official website at hermanrarebell.com.  For the most recent news and offers for Hard Rock Hotel & Casino, visit hardrockhotel.com, be a fan on Facebook and follow Hard Rock on Twitter.