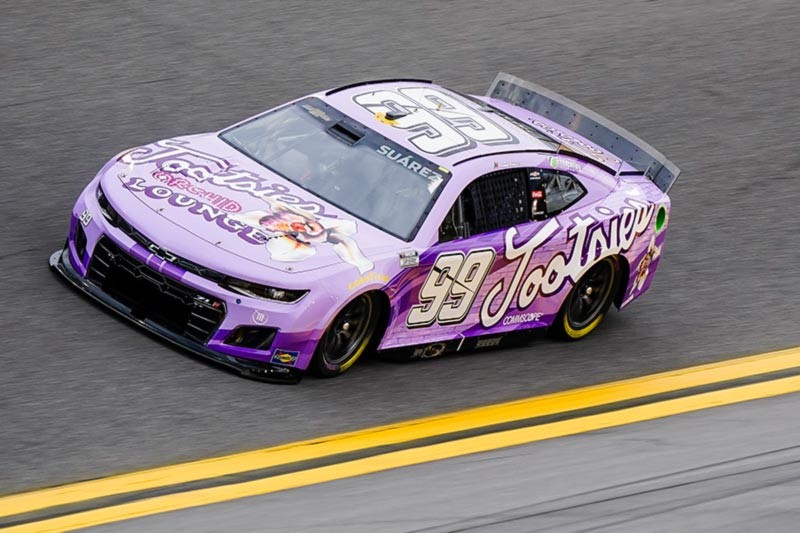 A Mexican driver would love nothing more than to win The Great American Race. That’s Daniel Suárez’s quest this week as he embarks on DAYTONA Speedweeks Presented by AdventHealth in preparation for the 64th annual Daytona 500 – NASCAR’s most prestigious race. The Monterrey, Mexico native won’t have trouble knowing where to celebrate if he scores his first NASCAR Cup Series victory. 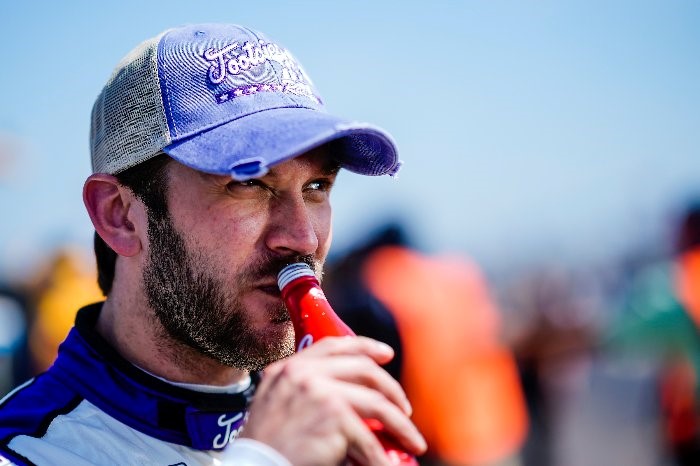 Tootsie’s World-Famous Orchid Lounge, the legendary and historic honky-tonk in the heart of Nashville’s Lower Broadway entertainment district, will serve as primary sponsor on Trackhouse Racing’s No. 99 Chevrolet Camaro for Sunday’s race as well as multiple races in the 2022 NASCAR Cup Series season. 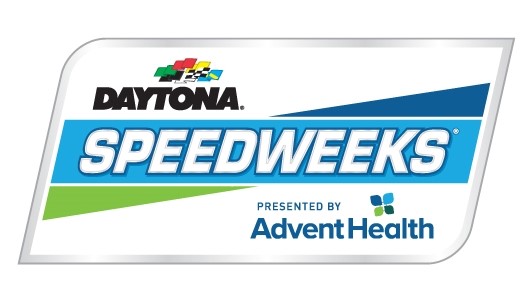 Suárez arrives in Florida after finishing 14th a season-opening Clash exhibition race at the Los Angeles Memorial Coliseum. The No. 99 showed speed throughout the exhibition race that it hopes to continue on the high banks of Daytona.

It is a race of firsts for NASCAR as well as Suárez who will drive Trackhouse Racing’s Next Gen Chevrolet for the first time in a points race. 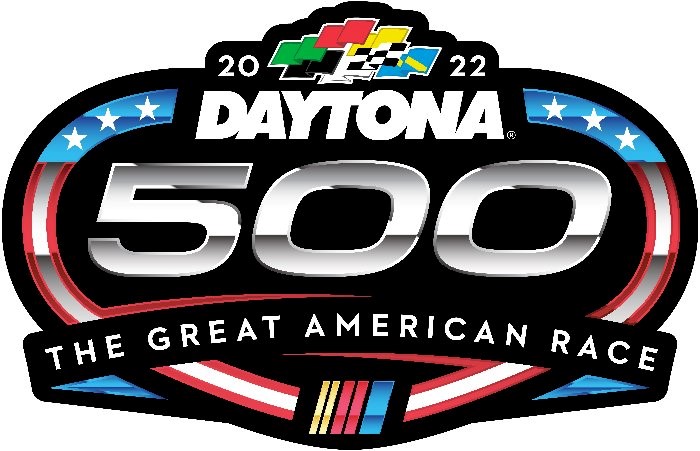 Suárez will join single-car qualifying Wednesday night, race in one of the Daytona Duels on Thursday night, and in the Daytona 500 on Sunday. Fox and FS1 will broadcast all of the action. 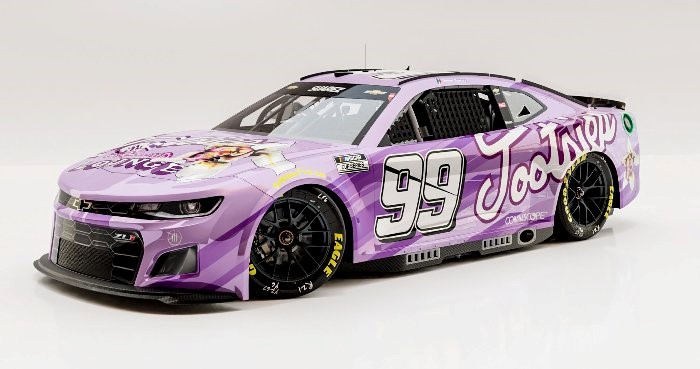 Where is Trackhouse Racing in its growth?
“It is a process. I think today, thanks to a lot of people, we are in a pretty good spot,” shares Suárez. “Last year, we started the season with a close partnership with RCR and without them, we wouldn’t be here. It was a huge help to be able to start strong. Without that support, it is almost impossible to be competitive. There is so much information, so much data out there that require years and people and manufacturers to be able to get. It’s a process. Trackhouse Racing, Justin Marks, Ty Norris, this great group of people, Pitbull they have done a great job you know.” 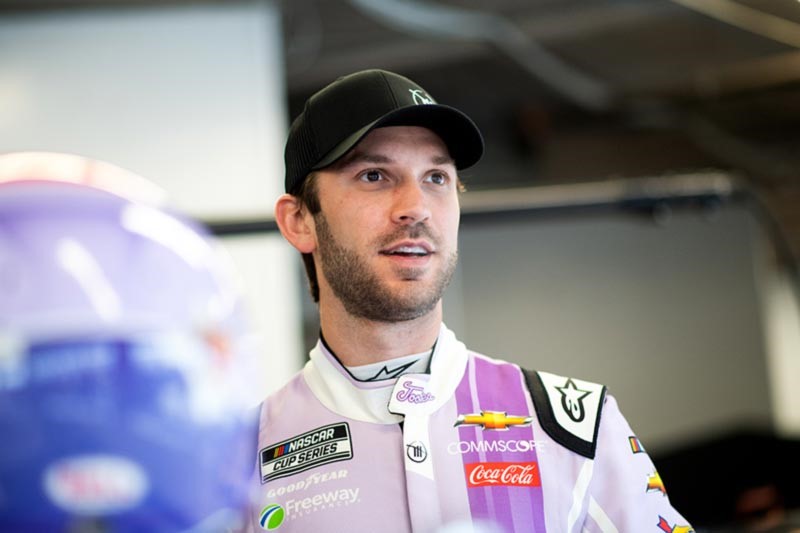 “We had to start the right way, as I said with help from Chevrolet and RCR. Now we are kind of like doing our own thing, but we are still under the umbrella of Chevrolet. It’s been great and I feel like when it comes to sponsors we have to do a good job, not just in the racetrack but also outside the racetrack. I feel like so far we have done a pretty decent job, but really we could push it and there is always room for improvement.”

What would it mean to you to win the Daytona 500?
“That’s why I race. Every driver in this sport wants to win a Daytona 500 and a championship. I have won the Xfinity title, and now is a good time to add more trophies to the trophy case.”

What will you do if you win the Daytona 500?
“We will spend the week at Tootsie’s in Nashville and hope we make it to Fontana for the next race!”

What do you see as your job as the founder and owner of Trackhouse Racing?
“My job is simply to work hard each and every day to create as much opportunity for Trackhouse as possible,” shares Justin Marks, founder of Trackhouse Racing. “This means committing to a healthy relationship with NASCAR that is supported by mutual respect, intelligent debate, and a desire to find ways to work for and with each other. It means networking across industries such as music, entertainment, sports, and philanthropy to find ways to take our brand to places a motorsport-based enterprise has never been (like a Pitbull music video!). It means challenging the status quo of what a motorsport brand really is, and finding ways to grow, evolve, and penetrate communities and populations that have not yet experienced what we do.”

What is your motivation?
“At the end of the day I am fueled by a simple concept and one that I’ve carried with me since I was a child. Automobiles racing at 200 miles-an-hour, wheel to wheel, in front of thousands of fans, is just one of the coolest things humans have ever done on this earth. That is a concept that is going to inspire everything we do.”
Click HERE for Daytona Qualifying Information & TV Schedule

Sunday marks the first points race for the Next Gen car which is the culmination of a lot of man hours in race shops and a busy off-season testing schedule. The Trackhouse team tested its Next Gen Chevrolet Camaro on the Roval at Charlotte Motor Speedway on Oct. 11-12 and Nov. 10-11 before moving to the oval Nov. 15 and 17. It also tested at Talladega (Ala.) Superspeedway on Dec. 13, Daytona International Speedway Jan. 11-12 and Phoenix Raceway Jan. 25-26. The Next Gen cars were raced at the Clash exhbition race in Los Angeles on Feb. 6.

About Tootsie’s World Famous Orchid Lounge:
Tootsie’s has operated across the alley from Opry Entertainment’s Ryman Auditorium, the celebrated Nashville performance venue and most famous former home of the Grand Ole Opry, almost continuously since 1960. Its proprietor from 1960 to 1978, Hattie Louise “Tootsie” Bess, bought the lounge called “Mom’s” and named it for herself. With its proximity to the Ryman, Tootsie’s quickly became a favorite spot for the Opry’s rising stars to gather during the years when the Opry called the Ryman home.

The Tootsie’s purple paint scheme will debut on Suárez’s No. 99 Chevrolet Sunday in the 2022 Daytona 500. It will also appear on his car in both races at Bristol (Tenn.) Motor Speedway and both races at Talladega (Ala.) Superspeedway plus Nashville Superspeedway in June.