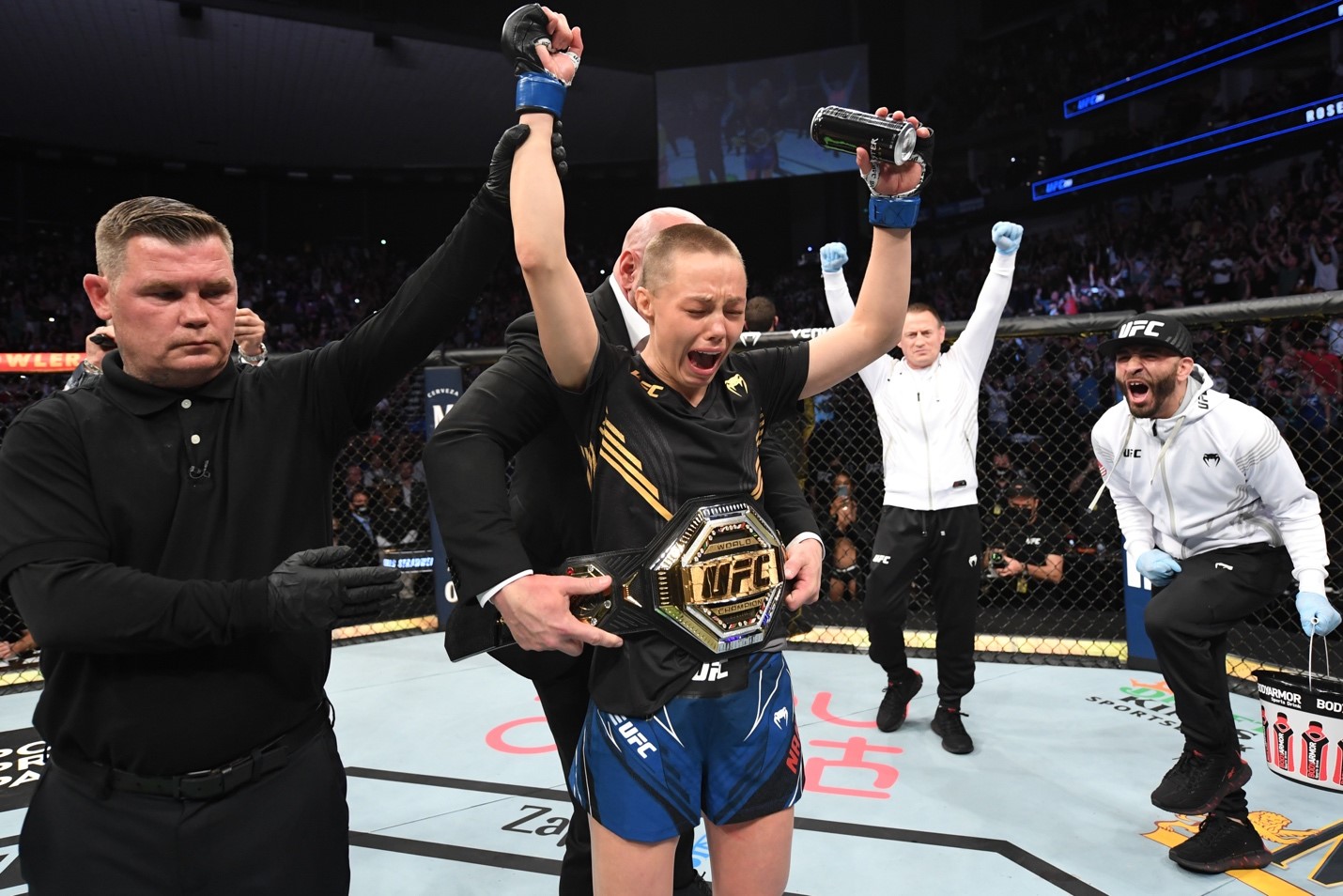 UFC, the world’s premier mixed martial arts organization, and the Austin Film Festival (AFF), the premier film festival recognizing the contributions of writers and filmmakers to film, television, and new media, announced today that the UFC Originals film Thug Rose: Mixed Martial Artist will have its world premiere at the 29th Annual Austin Film Festival on Sunday, Oct. 30.  The screening will be held at the prestigious State Theater in downtown Austin at 6:30 p.m. CT.

Directed by award-winning filmmaker Marius Markevicius, Thug Rose: Mixed Martial Artist chronicles the inspiring journey of professional fighter and two-time UFC Strawweight Champion Rose Namajunas, who, after experiencing an abusive childhood, became an advocate for mental wellness, an avid environmentalist, and a concert-level pianist– all while gaining international acclaim as one of the fiercest MMA competitors in the world. The film documents her circuitous path to success and spotlights Namajunas’ rare combination of ferocity, artistry, and vulnerability.  The documentary is produced by Markevicius (The Other Dream Team,) Jon Weinbach (The Last Dance, The Redeem Team,) and Noah Pollack (Basketball Wives.) UFC’s Dana White, Craig Borsari, and Chris Kartzmark serve as executive producers.

President of UFC, Dana White, stated “I am so excited that the Austin Film Festival is recognizing Thug Rose and the outstanding work from our UFC Fight Pass production team.  Huge honor. I know UFC fans are going to love Thug Rose when they see it at the world premiere later this month.”

The film’s subject, UFC superstar Rose Namajunas (a.k.a. ‘Thug Rose’) will be attending the world premiere in Austin, while Namajunas and the film’s director, Marius Markevicius, will be on the red carpet prior to the screening and will take part in a Q&A immediately afterwards.

Following its premier at the Austin Film Festival, the film will make its streaming debut on UFC FIGHT PASS, the world’s leading streaming service for combat sports, on Weds., Nov. 9.  Thug Rose: Mixed Martial Artist was produced by UFC Originals as a marquee title to be featured on FIGHT PASS.

Marius Markevicius is an award-winning filmmaker and President of Sorrento Productions, a production company based in Santa Monica, Calif.  Prior to Thug Rose: Mixed Martial Artist, his previous directorial credits included The Other Dream Team, which premiered at the Sundance Film Festival, and which was nominated for Best Documentary of the Year by the Producer’s Guild of America (PGA). He also directed Ashes In The Snow, the narrative film adaptation of the New York Times best-selling novel Between Shades Of Gray.  Markevicius also served as a producer on Like Crazy, the 2011 Sundance Film Festival Grand Jury Prize-winning film starring Felicity Jones and Jennifer Lawrence.  He attended UCLA where he received a Master’s Degree in Fine Arts (MFA) from the UCLA School of Theater, Film and Television.

Austin Film Festival (AFF) is a non-profit organization dedicated to furthering the art, craft and business of writers and filmmakers and recognizing their contributions to film, television, and new media. AFF champions the work of aspiring and established writers and filmmakers by providing unique cultural events and services, enhancing public awareness and participation, and encouraging dynamic and long-lasting community partnerships. AFF is supported in part by the Cultural Arts Division of the City of Austin Economic Development Department and the Texas Commission on the Arts. All attendees and events are based on permitting schedules and are subject to change and/or cancellation without notice. For media credentials, please contact Travis Broughton at [email protected]. Badges and passes are available for purchase online at www.austinfilmfestival.com or by phone at 1-800-310-FEST.