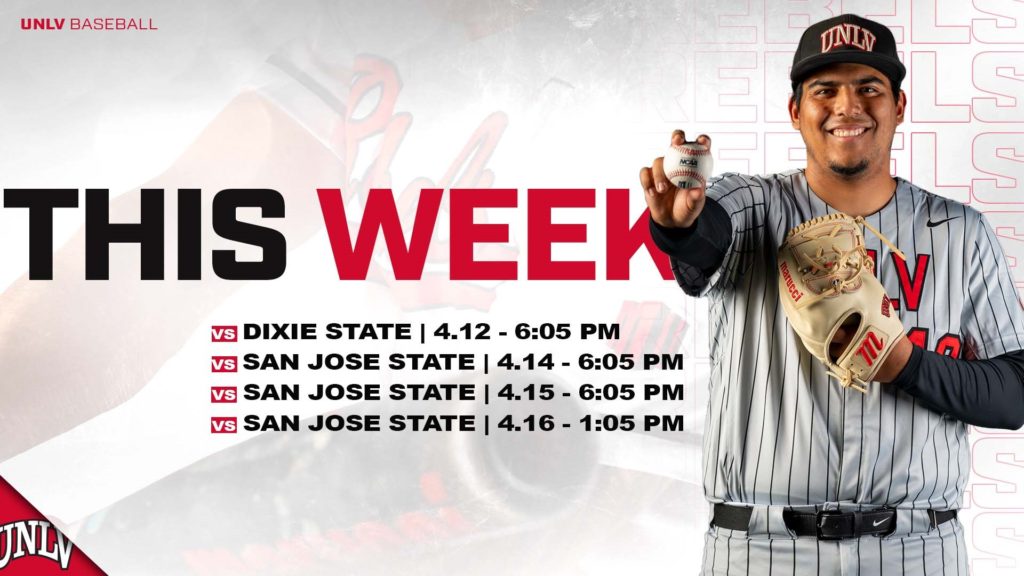 The UNLV baseball team will continue their 13-game homestand with a single-game, midweek contest against WAC’s Dixie State at Earl E. Wilson Tuesday. First pitch is scheduled for 6:05 p.m.

PREVIOUSLY THIS SEASON
UNLV was set to play at Dixie State earlier this season, Tuesday, February 22, only for the game to be postponed due to weather conditions for Wednesday, May 4 at 5:05 p.m.

This will be the first meeting between both teams in program history after Dixie State transitioned to NCAA Division 1 status in July of 2020.

ON DECK
UNLV will continue their 13-game homestand with a three-game conference series against San Jose State beginning Thursday, first pitch is slated for 6:05 p.m.