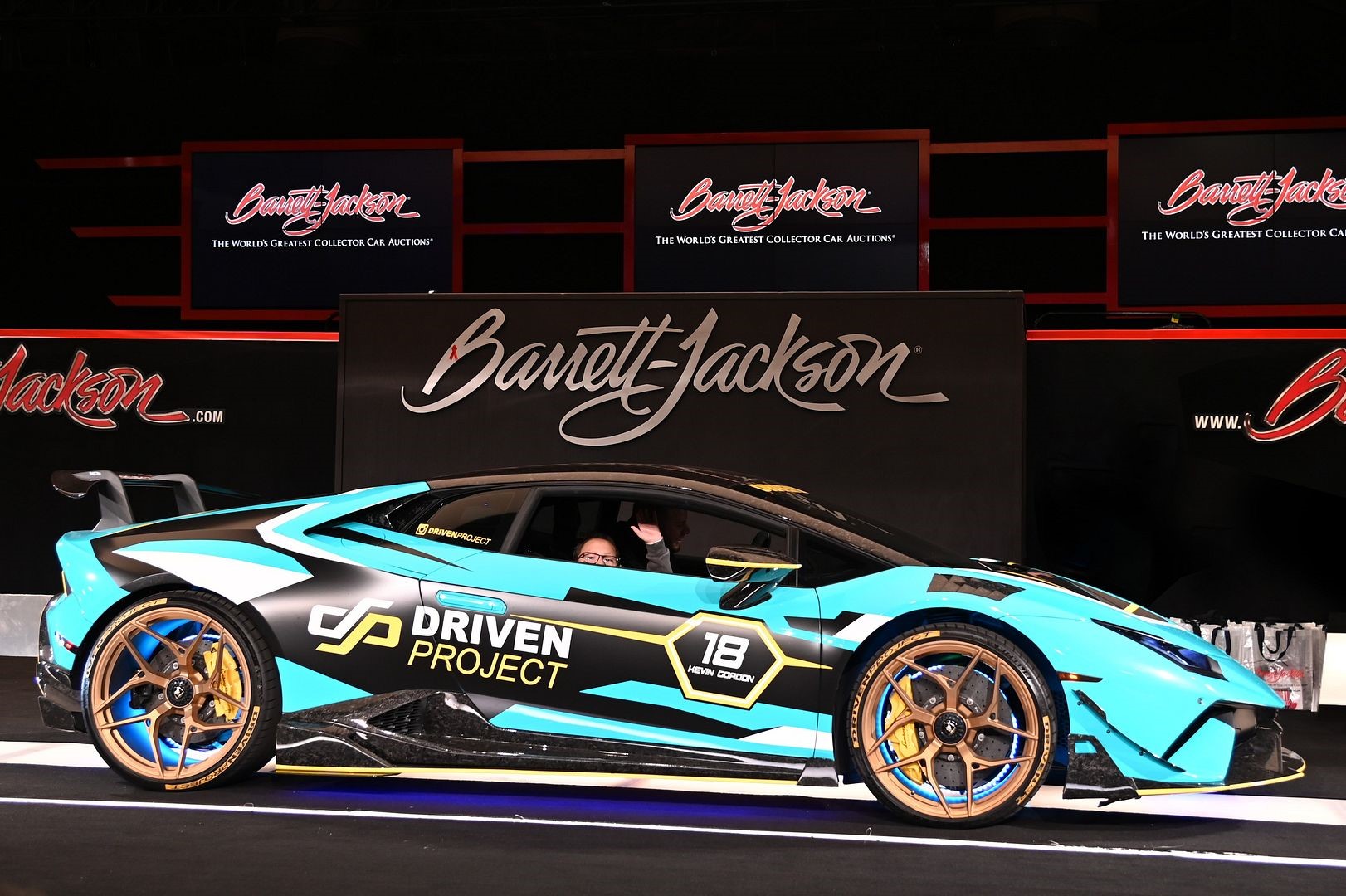 Barrett-Jackson and the Driven Project Partner to Provide ‘Supercar Therapy’ for Children in Need on Thursday, June 30

Barrett-Jackson, The World’s Greatest Collector Car Auctions, will kick off its 2022 Las Vegas Auction on Thursday, June 30 by partnering with the Driven Project to provide a “supercar therapy” experience for children battling critical illnesses.

On Thursday, June 30, approximately 12 VIPs (Very Important Passengers) and their families will arrive at the West Hall of the Las Vegas Convention Center. Awaiting their arrival will be Barrett-Jackson and Driven Project representatives as well as more than a dozen supercars such as Ferraris, Lamborghinis and McLarens. At 8:00 a.m. following their arrival, the VIPs will embark on a supercar adventure that will begin by crossing Barrett-Jackson’s world-famous auction block in the passenger seat of a supercar. Each child will receive a hero’s welcome, be introduced to those in attendance by longtime Barrett-Jackson television personality Rick DeBruhl and take pictures from the block with the supercars. Following the excitement on stage, the VIPs will enjoy a police-escorted cruise down Las Vegas Boulevard in their supercars before returning to the West Hall for a day of family fun at the auction.

“We are proud to once again partner with the Driven Project to host many exceptional young children and their families to kick off an exciting auction,” said Craig Jackson, chairman and CEO of Barrett-Jackson. “We first held a supercar therapy event in January at our Scottsdale Auction, and it was one of the most impactful moments of our 50th anniversary celebration.”

The Driven Project is a nonprofit organization founded by Kevin Gordon in 2018 in Vancouver, Canada, with one goal in mind: to provide “supercar therapy” to children battling heavy life challenges. Partnering with local organizations and supercar owners, the Driven Project provides these amazing children with an adrenaline-filled escape, a boost to help them stay strong through their battles and an opportunity to create memories they will cherish forever.

“Giving back to the community is at the core of Barrett-Jackson and having held events in Las Vegas since 2008, this community is like a second home for our organization,” said Carolyn Jackson, Chief Philanthropy Officer and V.P. of Brand Strategy for Barrett-Jackson. “It is a privilege working with the Driven Project to provide a day of fun and relief for children suffering unimaginable hardships and I look forward to continuing these efforts with the remarkable young boys and girls in Las Vegas.”

Supercars will begin staging at the West Hall at 7:15 a.m. and VIPs will arrive at 7:30 a.m. with the event beginning at 8:00 a.m. Media wishing to attend are encouraged to arrive before 8:00 a.m. and are asked to please RSVP to Rodney Scearce at [email protected] for additional information and directions.