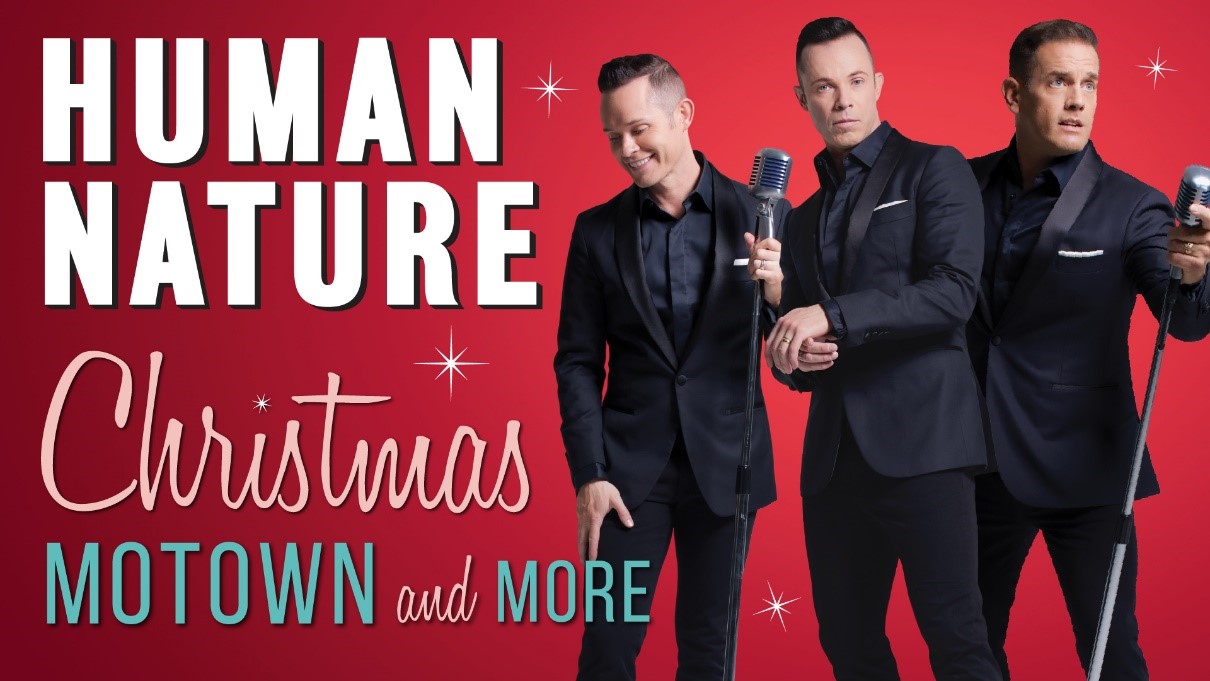 Following a successful run of sold out shows part of their limited engagement at South Point Hotel, Casino & Spa, Human Nature, has announced a return to the Showroom for four holiday shows, December 20 – 23. “Christmas Motown and More” will celebrate the season with holiday classics along with three of the greatest vocal harmony singers in the world.

“We truly love Las Vegas and South Point, so we wanted to end 2022 with an amazing Christmas show,” exclaimed Andrew Tierney of Human Nature. “We have had such a great time with our residency inside the Showroom, we are so excited to perform holiday and Motown classics and new favorites.”

These limited performances at South Point will celebrate some of Motown’s chart-topping hits along with holiday favorites, such as “White Christmas”, “Have Yourself a Merry Little Christmas”, “Winter Wonderland” and more.

“We are thrilled to surprise Human Nature fans with a holiday show encore,” remarked Michael Libonati, Entertainment Director at South Point Hotel, Casino & Spa. “Just ahead of the holiday season, this is a performance you won’t want to miss.”

HUMAN NATURE are one of Australia’s greatest musical success stories and exports. The pop vocal group which features brothers Andrew and Michael Tierney together with high school best mate Toby Allen, have sold more than 2.5 million albums, earned 27 platinum awards, 18 top 40 hits and five top 10 hits worldwide. They have performed sell out shows around the globe since they signed with Sony Music Australia over two decades ago, a partnership that continues today.  Since arriving in Las Vegas in 2009 to commence an unprecedented residency for an Australian act, the pop-vocal group has garnered international critical acclaim.  The group’s Las Vegas residencies at the prestigious The Venetian Resort Las Vegas and previously at The Imperial Palace, with their critically acclaimed live shows, have celebrated in excess of 2,000 performances as Las Vegas resident headliners. The pop stars launched their new PBS television special “HUMAN NATURE: JUKEBOX – IN CONCERT FROM THE VENETIAN” December 2017. JUKEBOX follows the highly successful “Smokey Robinson presents HUMAN NATURE: The Motown Show” which clocked up over 1200 performances over a six year period. In 2021 Human Nature released an EP of all new original songs called “GOOD GOOD LIFE” and then embarked on a 95 date National Tour of Australia. In August 2022, the pop stars returned to Las Vegas to begin their new limited residency at the South Point Hotel and Casino. Highlights in Human Nature’s career to date include performing to a global audience at Sydney 2000, opening for Michael Jackson and Celine Dion at concerts around the world and, appearing on television in the USA on shows including The Talk, The Chew, Oprah and Dancing With The Stars, as well as their own PBS Special: Human Nature Sings Motown.  For further information, visit: http://www.humannaturelive.com.  Follow them on Twitter and Instagram @HumanNatureLive or on Facebook @HumanNatureBand.