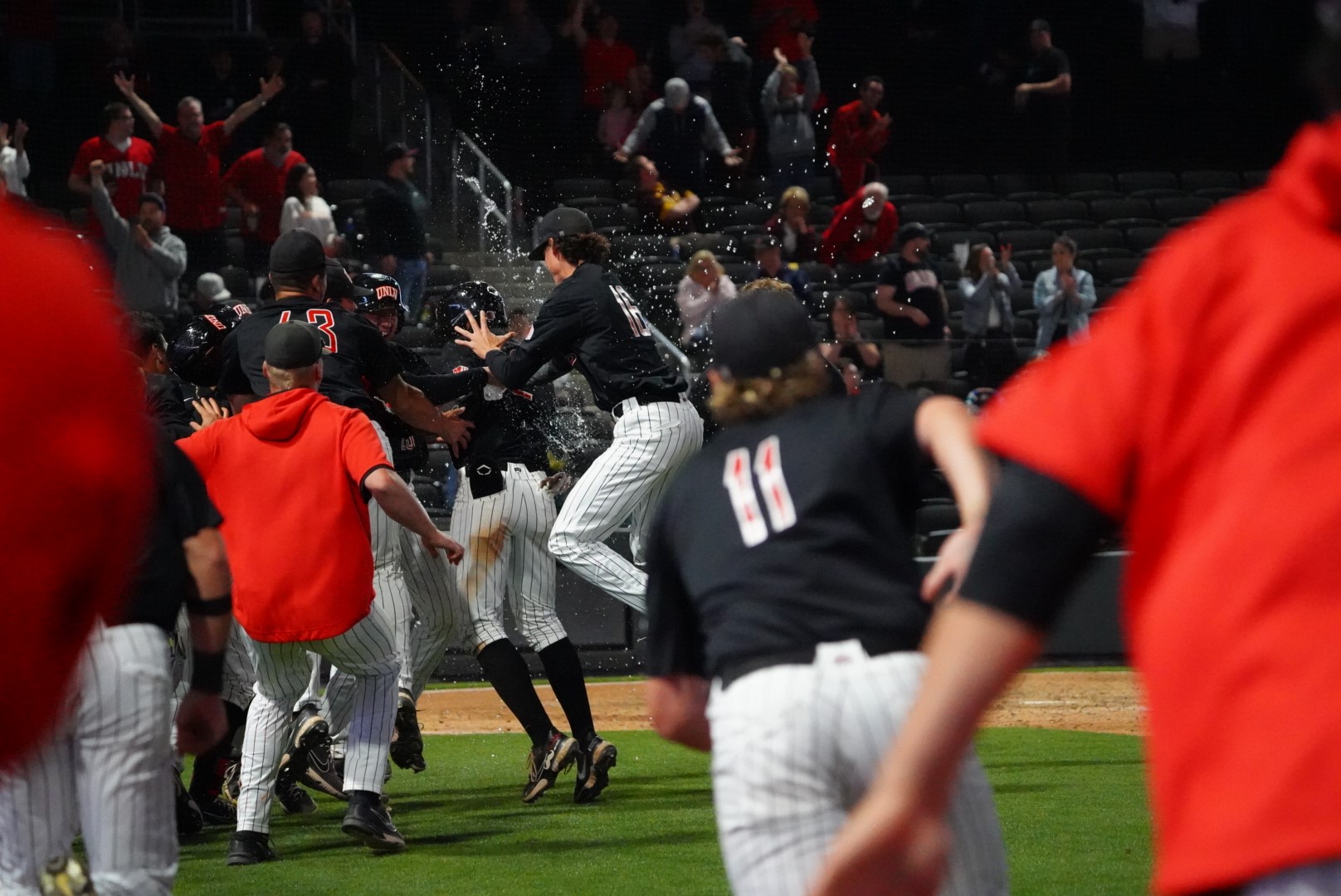 This fall’s class features three local products from the Las Vegas Valley, two from Southern California and one from Reno.

“Very happy with this incoming class, recruiting coordinator Corey Vanderhook and associate head coach Kevin Higgins did a great job identifying the talented kids that fit well within the team culture we’ve created,” UNLV head baseball coach Stan Stotle said. “Despite how the transfer portal has changed the recruiting process, we will still depend on developing incoming freshmen to a championship level.” 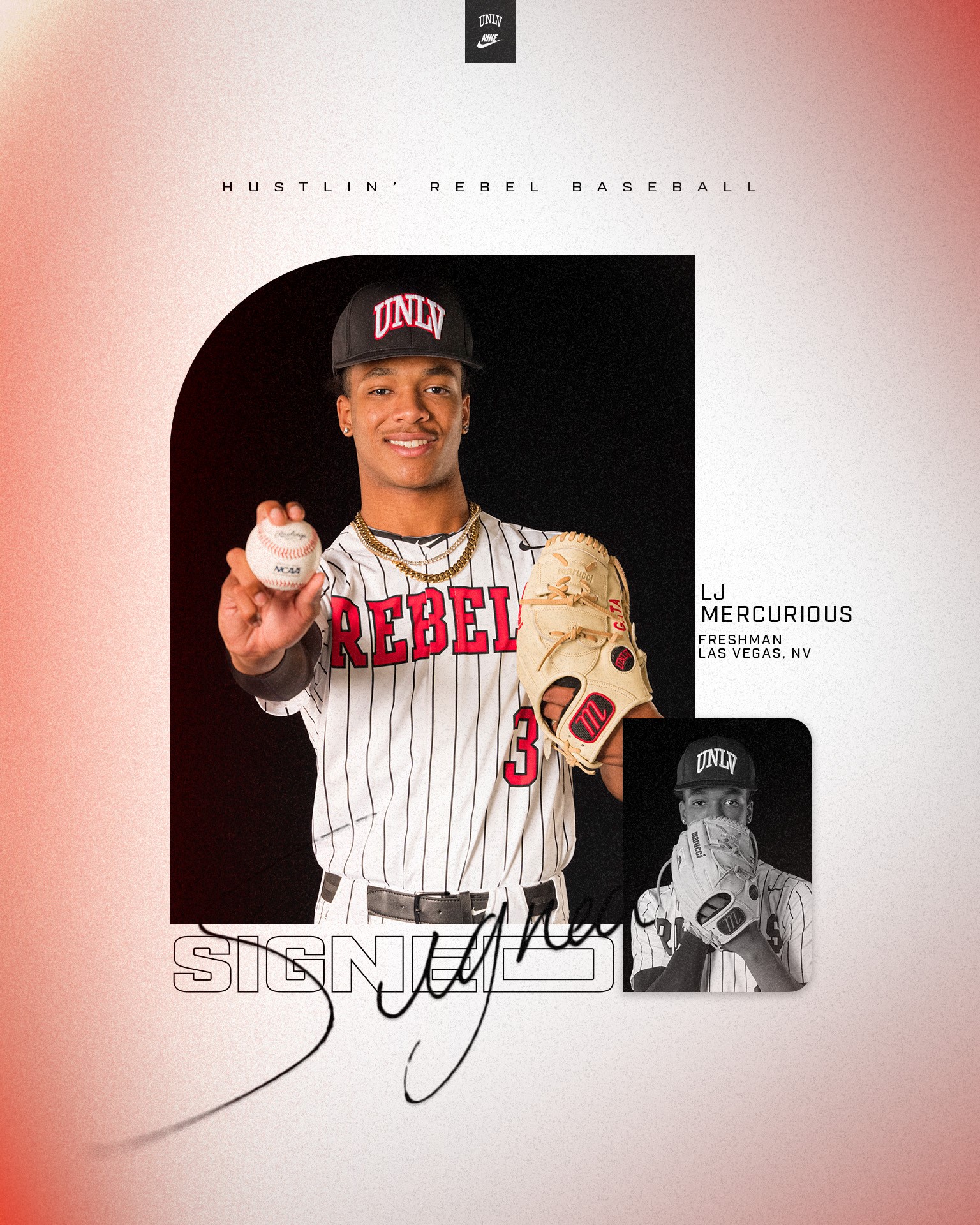 Mercurious is a 6-4 local, right-handed pitcher who attends Faith Lutheran High School. Vanderhook on Mercurious: “LJ will be an arm that has the ability to impact right away. He is currently the #1 ranked overall player in the state of Nevada by Perfect Game, as well as the #1 ranked pitcher by PBR.” 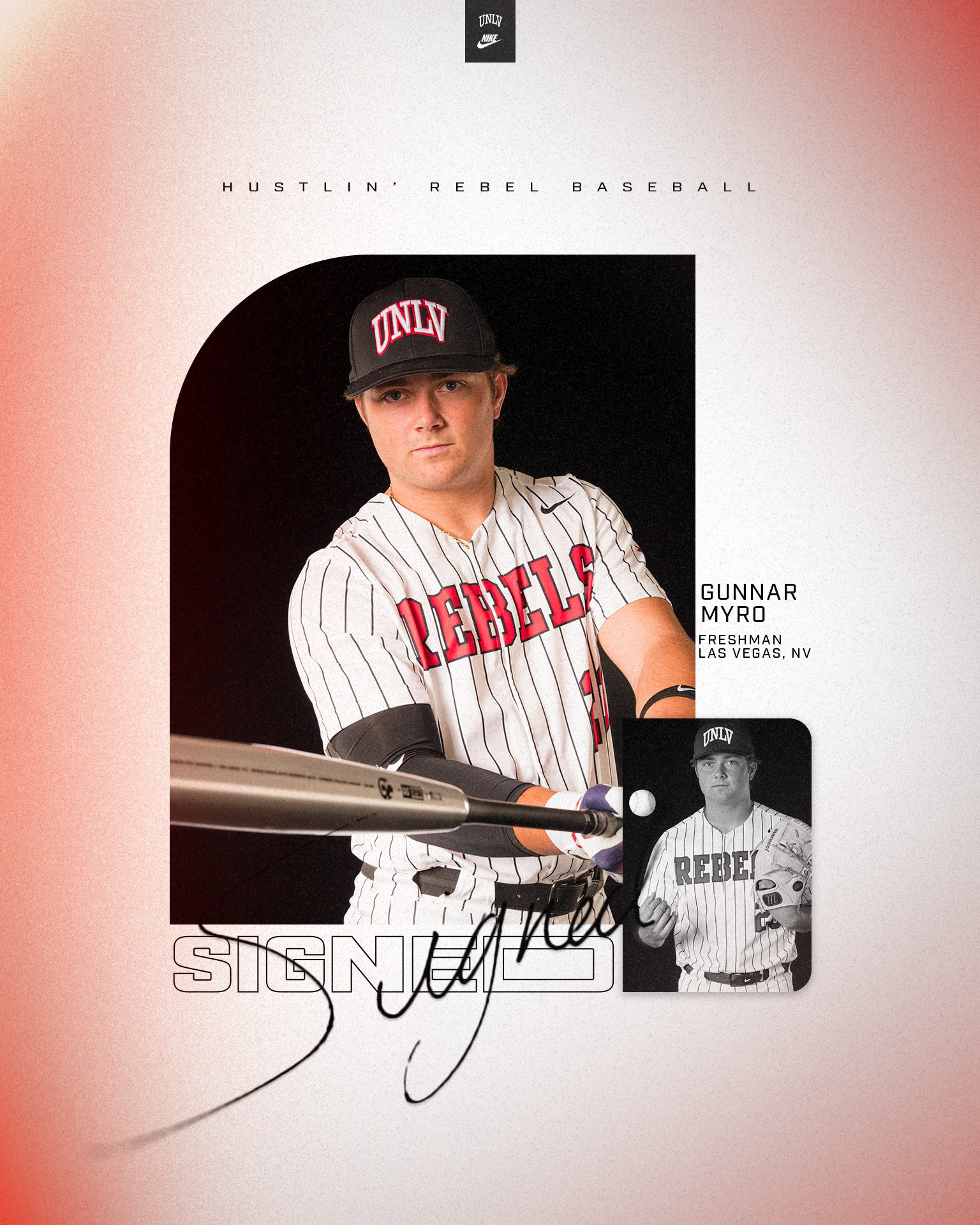 Myro is a 6-0 strong infielder and a local product out of Bishop Gorman High School. Vanderhook on Myro: “Gunnar is the youngest brother of current UNLV shortstop Paul Myro. Gunnar can play multiple positions in the infield and has a bat that will fit in the middle of any line-up. Gunnar is the #2 overall ranked player in the state of Nevada per PBR.” 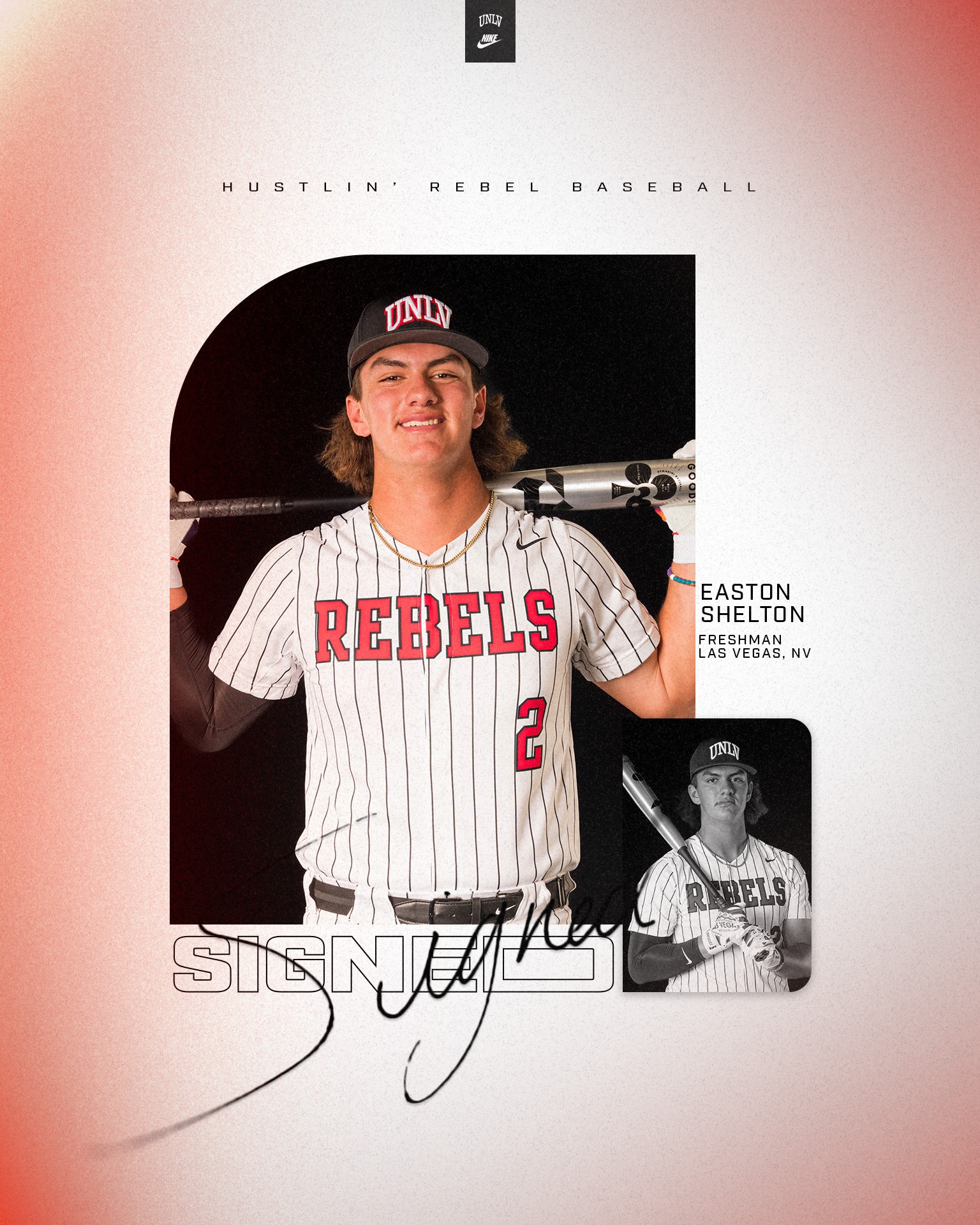 Shelton is another local commit, a 6-5 first baseman out of Bishop Gorman High School. Vanderhook on Shelton: “Easton is another future Rebel that ranks in the top 10 of PBR’s player rankings in the state of Nevada. Easton led the state in home runs and RBIs as a junior at Bishop Gorman. His raw power and bat to ball skills are a perfect fit for the Mountain West Conference.” 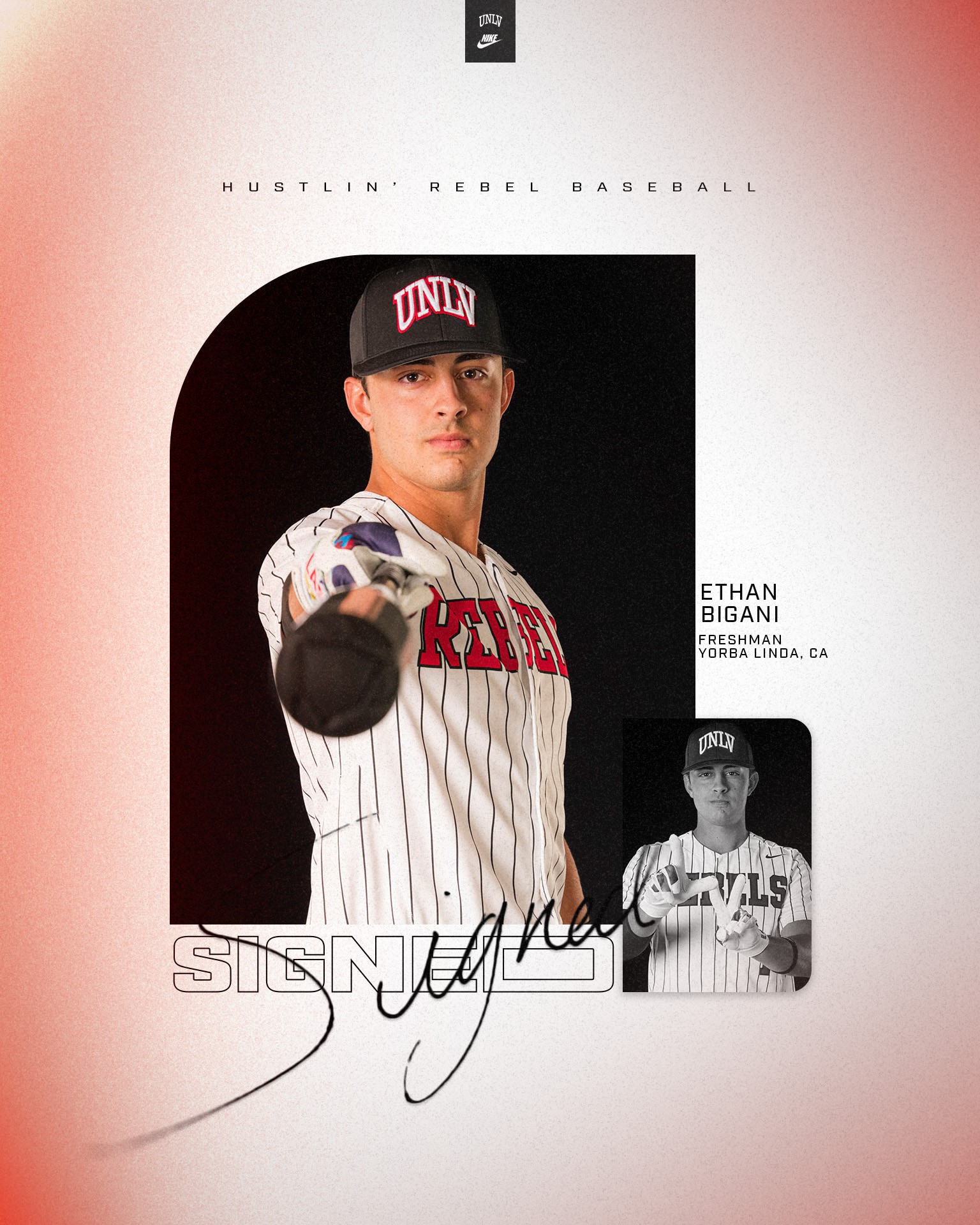 Bigani is a 5-10 catcher/infielder hailing from Yorba Linda, California who attends Esperanza High School. Vanderhook on Bigani: “Ethan is the younger brother of former Rebel All-MWC Catcher Eric Bigani. Ethan gives us a lot of options with his skill set. We are looking to keep him behind the plate, but his athleticism will allow us to move him all over the field to get his solid left-handed bat in the line-up.” 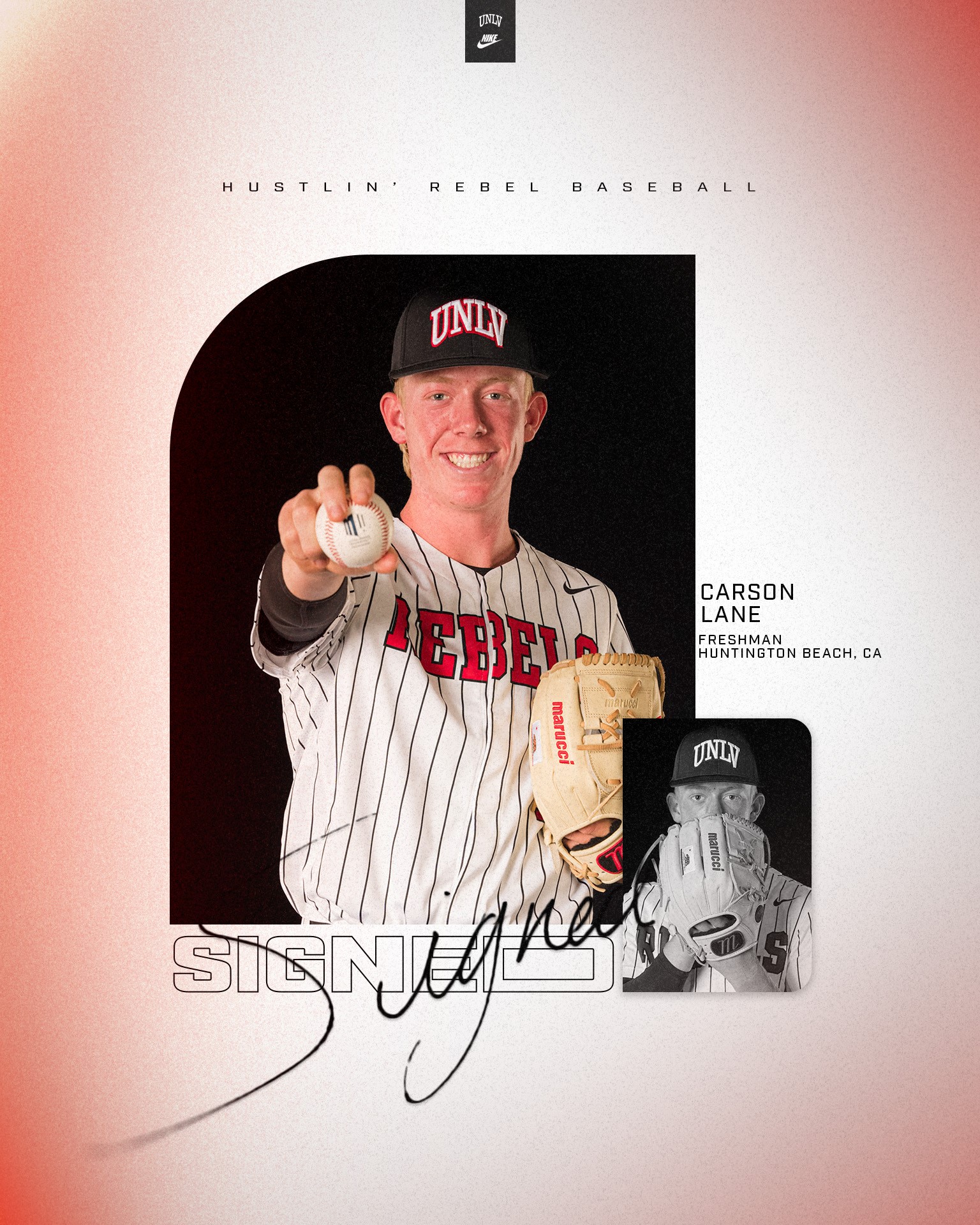 Lane is a 6-2 right-handed pitcher from Huntington Beach, California and attends Huntington Beach High School. Vanderhook on Lane: “Carson has a tremendous amount of upside and is making his way to Las Vegas from a Southern California High School Power House program. His talent and winning pedigree will make a big impact on the Rebel pitching staff.” 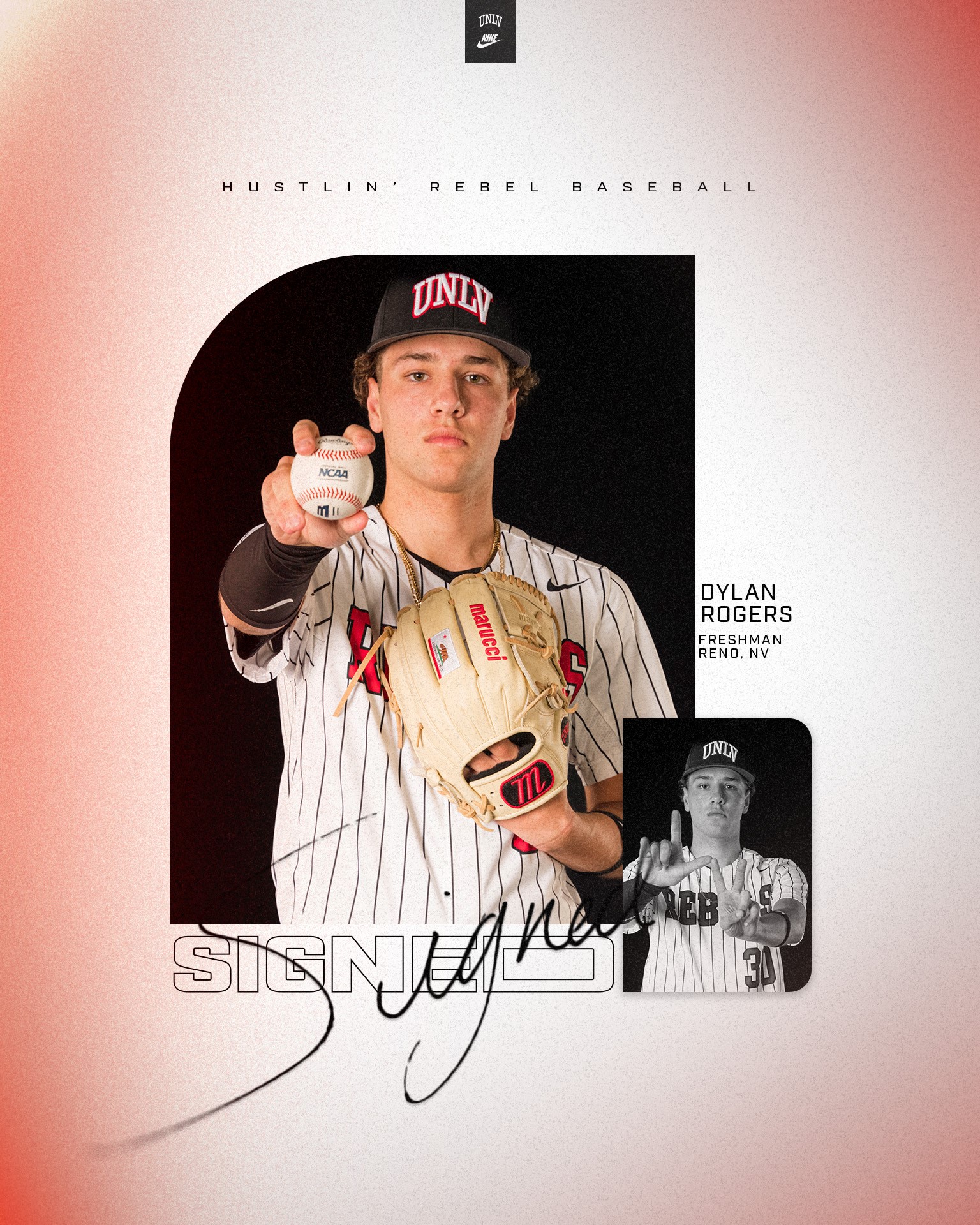 Rogers is a 6-2 right-handed pitcher from Reno, Nevada who attends Damonte Ranch High School. Vanderhook on Rogers: “Dylan, one of Northern Nevada’s highest recruited talents, chose to be a Rebel after a breakout summer with his Northern California baseball club. Dylan has been a two-way standout his whole high school playing career. We feel that once we get Dylan on campus and focused on pitching only, that he will take off and be a huge part of the Rebels pitching staff early on in his Rebel career.”